The Fund For Modern Courts' Chair On Judicial Reform Need

The coronavirus pandemic has had a devastating impact on New York state's already antiquated and underfunded court system, making judicial reforms even more critical to the newest chair of The Fund for Modern Courts. 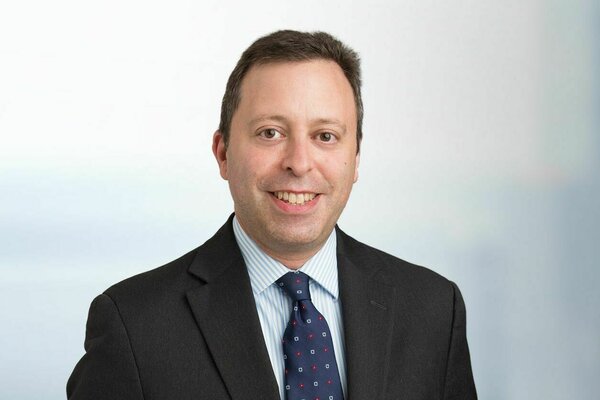 Proskauer Rose pro bono partner Bill Silverman was elected chair of the board for Modern Courts in January.

Proskauer Rose LLP pro bono partner and former federal prosecutor Bill Silverman was elected chair of the board for Modern Courts last month, taking the helm of the nonpartisan nonprofit amid an economic and health crisis that laid bare preexisting inequities in the legal system.

Law360 spoke with Silverman about COVID-19's ongoing effect on the courts and the most vulnerable people it serves, why reforming the system is critical and the future of judicial reform in New York as the state faces a massive budget deficit from the pandemic and an uphill battle to recovery.

This interview was conducted on Jan. 26 and has been edited for length and clarity.

Why did you want to chair the board of The Fund for Modern Courts?

I became involved in Modern Courts in 2008 to work on a white paper on the family court and then became more and more involved. This is a great opportunity because it meshes so well with my other full-time job as pro bono partner at Proskauer. Before Modern Courts, I was also the chair and still a board member of Legal Information for Families Today, which helps unrepresented litigants in family court. So I felt this was also a good opportunity to continue my advocacy for reforming the family court, but also having a broader platform for broader court reform and to address other courts like the housing court and the criminal courts, where access to justice is really a central issue.

Why is an organization like Modern Courts needed in New York?

The judiciary is underresourced, especially when you consider how important the courts are to equal protection, due process, access to justice. This is an organization that's focused on improving the court system for everyone because the system needs an independent ally. We're able to criticize when that's appropriate, but we also advocate for more resources and a more efficient court system. I think there's a compelling need — especially now when courts are facing devastating budget cuts.

What's the impact of those budget cuts?

Because of the financial situation arising out of COVID, the courts have had to make about $300 million in cuts, about a 10% cut to its budget. This is devastating because the court system had to withstand the tremendous array of cuts back in 2011, about $170 million, and they never recovered. So you take a system that is already underresourced, add a pandemic and then cut the budget by 10%. The two areas I'm most concerned about are staff reductions, because they have a strict hiring freeze, and the cut to legal services organizations. These organizations are helping people at a time when they're in tremendous need of help and this is just not the time, I think, to be cutting the court budget.

What are other ways the pandemic is affecting the court system?

The pandemic has laid bare inequities in the system. Just to use the family court as an example, they are not hearing child support proceedings. You can't get child support if you make an application right now, whereas if you file a divorce proceeding in the Supreme Court, you could possibly get child support as part of the divorce proceeding. Typically the population in family court are people of limited means, people of color, whereas the population in the Supreme Court is more generally people who are represented by counsel, people who can pay a filing fee. So why is it that certain proceedings are on hold for poor people whereas as other proceedings are not? It really goes back to the antiquated court structure that we have.

Why is reforming the court structure in New York a focus of the fund?

Essentially, you have 11 separate overlapping trial courts with varying jurisdictions. In the best of times, it makes it difficult to allocate resources where they're most needed. Very difficult to reassign judges from one court to another. And they do it, they have acting judges, and this causes a tremendous amount of disruption and delay and confusion.

But during a time of pandemic, this structure is like a straightjacket to the court administration because it doesn't allow them to coordinate operations, to consolidate resources, to reassign judges where they're needed, because you have these distinct courts. The constitutional provision pertaining to state courts is longer than the entire U.S. Constitution. There is a tremendous need for structural change and the structure that's evolved over time makes it much more difficult for the court system to take action during a time of crisis. Then you add the tremendous cuts on top of it and it really does raise serious questions of equity and access to justice for so many people.

At least a million New Yorkers are facing eviction. How can the court system better handle that looming crisis when the pandemic moratorium is lifted?

We're advocating for a centralized assignment part for evictions so that when this moratorium is lifted, evictions don't occur in the justice courts. There are 1,300 justice courts across the state and our feeling is that having it in a centralized part outside the justice court will, first of all, be consistent with any public health considerations that will need to be put into place. There will be better technology, better chance at remote proceedings, better chance that the people will be represented by counsel. I think less than half of the judges in the justice courts are attorneys, so it would also ensure that the judges that are adjudicating such important proceedings are schooled in the law and have appropriate expertise to make sure that these proceedings, which are so critically important, are done appropriately and consistent with due process.

How will the post-pandemic recovery impact judicial reform and the court system in New York state?

The court must not only address current needs but also the huge backlog of cases that is building up. And there needs to be a much bigger investment in technology in all of the courts. For example, there's no e-filing in justice courts. And remote proceedings are especially challenging when you're dealing with people of limited needs, people who are unemployed or have housing insecurity. There has to be an investment in technology and there has to be a greater emphasis on providing resources someway to those courts that are adjudicating matters for people of limited means.

What are some of the biggest challenges for judicial reform aside from the pandemic?

So much of the judiciary in New York state is based in the constitution, so really structural reform takes an amendment. For example, in 2014, the fund spearheaded a successful effort to get 25 additional family court judges. And that was a wonderful accomplishment. But to the extent we want to change the structure of the court, the overlapping court system, and to elevate the family court and the housing court, that will take a constitutional amendment, which is very difficult. So you have not just the usual political roadblocks, you have a process that is understandably difficult. We don't want to change the constitution too easily, but these are much-needed reforms and this is not an academic discussion because this affects real people. When people can't get support for their children or can't secure their housing, that goes directly to the safety and security of families and children. Oftentimes also there will be a reform where there's no principled opposition but yet there's still opposition. That's why we can't simply rely on the government to make these changes, but we need the private sector, we need law firms, we need corporations — we need people to advocate for meaningful change in the system itself. And I think that's the other advantage of Modern Courts — we bring to the table people from the private sector who hopefully can use their soapbox to make a difference.

What do you see as the future of judicial reform in New York, years down the line?

I am optimistic because as much as we have tremendous challenges, especially now, there are a lot of people who agree on the need for reform, from the chief judge to the governor to members in the Legislature. We have to organize and we have to mobilize but I am optimistic that we will be able to see change. I actually thought before COVID we were in a pretty decent position, maybe the best position we've ever been in, to actually get structural change, so I really hope that things improve. As much as I'm optimistic about the future, I feel that right now the situation is quite dire.