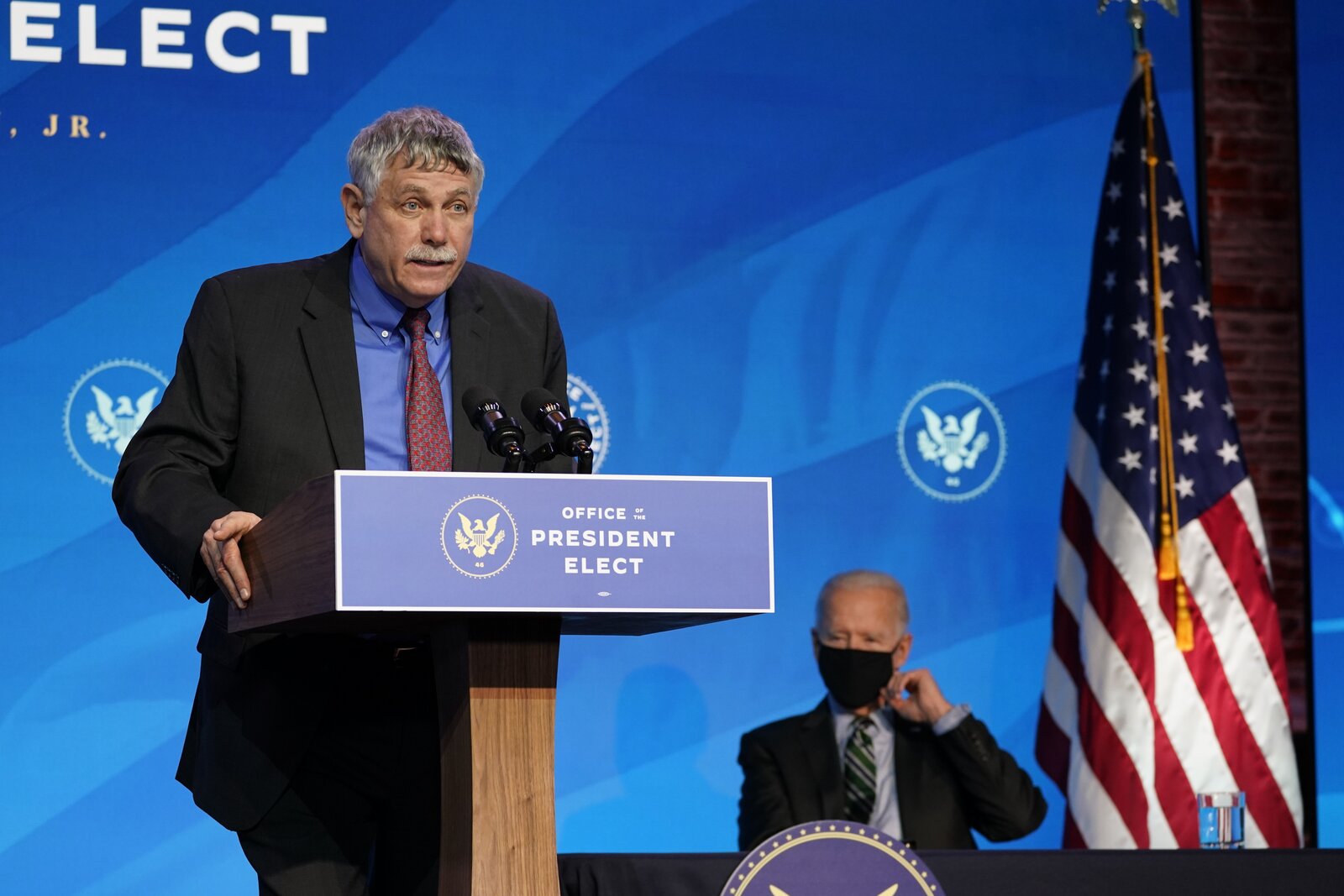 Eric Lander, geneticist and founder of the Broad Institute, is on track to become the first cabinet-level presidential science adviser. (AP Photo/Matt Slocum)


Many social justice issues that rely on scientific expertise, from climate change to reproductive health access to COVID-19 vaccine distribution, stand to become bigger priorities if the U.S. Senate confirms prominent geneticist Eric Lander to lead the Office of Science and Technology Policy and become the first science adviser in a presidential cabinet.


Additionally, his work on the controversial use of DNA and other forensic evidence in criminal cases could have an even greater impact on the country's criminal legal system than it already has, according to experts.

Kei Koizumi, the OSTP's acting director and chief of staff, declined to comment or make Lander or anybody else available for an interview by Law360, citing that Lander has not yet been confirmed. In addition, a spokesperson for the Broad Institute of MIT and Harvard, which Lander founded and formerly led, declined to comment and said that no current staffers work on these DNA and forensics issues.

But Lander's accomplishments and advocacy in this field, for which he's drawn on his own scientific expertise, have made him one of the most important figures in DNA evidence debates.

He notably co-chaired the President's Council of Advisors on Science and Technology when it published an influential 2016 report.

Known to numerous experts as "The PCAST report," it advocated for a broad, cross-agency effort to determine scientific validity criteria in so-called feature-comparison methods, which refer to forensic tactics like DNA and hair samples, bite marks and fingerprints that aim to link evidence with their purported sources. The report also called for the OSTP, the National Institute of Standards and Technology and the FBI to take greater roles in ensuring best practices and data validity.

"The PCAST report is putting forward a kind of model of a validation study, saying, 'This is validation, this is what a proper study would look like, can we all agree [to] validate all this stuff and not use it until it's validated?'" Simon Cole, a scholar at the University of California, Irvine's School of Social Ecology who spoke to PCAST about fingerprinting while it was conducting research for the report, told Law360.

The PCAST study was built on a 2009 one by the National Academy of Sciences that also sought to strengthen forensic practices in the legal system.

"The NAS' report was the first time that there was deep engagement from the research community in the contemplation of forensic science," Sarah Chu, the senior adviser on forensic science policy for the criminal justice reform- and legal exoneration-focused Innocence Project, told Law360.

Lander's overarching role in forensics developments began over 30 years ago, when developments in DNA evidence forced conversations within the scientific and legal communities about its validity.

"Initially, when [DNA evidence] first came out, everyone thought it was the magic be-all, end-all," explained Beverly Hills-based criminal defense attorney Richard Kaplan of Kaplan Marino PC. "Lander was one of the first to work with the Innocence Project, to look at some of these [examples] and say, 'Hey, it's not all perfect, there are flaws here.'"

Innocence Project co-founders Peter Neufeld and Barry Scheck told The Marshall Project in January that they first sought Lander's perspective on a DNA sample during a 1988 conference at the Cold Springs Harbor Laboratory. The attorneys would repeatedly seek Lander's authority and expert testimony on later matters. The scientist even served on the board of the organization, which did not make its creators available for interviews with Law360.

Several experts, including a few who professionally overlapped with Lander, described Lander's push for more scientifically verified DNA forensics practices as necessary in a criminal justice apparatus rife with problems.

Bad science is a really serious problem in the criminal legal system. 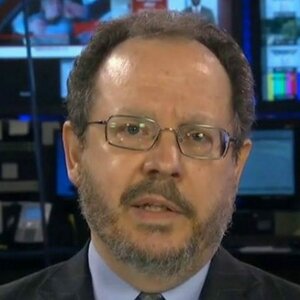 Dunham cited the organization's latest report, which notes that "false or misleading forensic evidence" led to initial wrongful capital convictions in at least 53 of the 185 surveyed death row exonerations since 1973 — falling behind only "official misconduct" and "false testimony" in causing groundless death sentences. DNA evidence aided exoneration in just 28 of those 185 examples.

These figures point to broader justice inequities, in which Black and Latino communities bear the brunt of bad policy. Dunham explained that while inaccurate forensics are "a factor in an equal number of cases involving white and Black exonerees," they had more of an impact on white convicted parties' actual exonerations.

He attributed this to the reality that "Black exonerees get framed with lots of types of evidence," which also shows how forensic evidence can be weaponized to ends that disproportionately hurt Black and brown people.

Experts trace these problems to a number of systemic and historic factors, including most forensic labs falling under law enforcement and prosecutorial bodies' jurisdiction, a disconnect between legal and scientific disciplines, and the prohibitive costs for defendants seeking independent testing.

"Right off the bat, scientists were not involved in the development of most of the pattern-matching disciplines that have been used in courts since the late-1800s, early-1900s," Jennifer Friedman, a veteran public defender who co-founded the Los Angeles County Public Defender's Office's first DNA unit, told Law360 via email. "Then there's a whole series of legal precedent admitting this type of evidence in the courts without any real challenges or scrutiny by the courts. Courts, for good reason, should rely on precedent, but in many ways precedent has been used as an excuse not to scrutinize some of the older disciplines through a scientific lens."

Whether Lander can or will actually push the criminal justice system in a more equitable direction remains uncertain, however, especially since his cabinet position would be unprecedented.

In addition, his professional temperament and status have raised some eyebrows over the years. In 2016, an article he wrote about CRISPR faced backlash from peers and commentators, who accused him of misrepresenting his role in creating the trailblazing gene-editing technology while marginalizing the women involved.

The PCAST report also faced critiques, including from then-U.S. Attorney General Loretta Lynch, who did not direct the U.S. Department of Justice to implement its recommendations. At the time, Lynch told The Wall Street Journal that "the department believes that the current legal standards regarding the admissibility of forensic evidence are based on sound science and sound legal reasoning."

Still, those interviewed by Law360 largely agreed that Lander's dedication to best practices and reputation, combined with this position, will advance the case for improved scientific accountability and education throughout the justice system.

Though Lander will "have a lot on his plate with COVID and climate change," Chu said he "brings to the table the deep experience of his work at PCAST and the importance of ensuring that public policy is driven by science and evidence."

Duke University School of Law professor Brandon Garrett, who explores the pitfalls and potential solutions for forensic evidence in an upcoming book, described these issues to Law360 as "the tip of a much larger iceberg" that includes mass incarceration and related racial justice topics. Lander's expertise, mixed with Biden's professed desire to combat these issues , showed promise.

"It's not just symbolic to add a cabinet-level science adviser, and I'm sure that there will be impacts beyond forensic science that are felt in our criminal system," he said.

Clarification: This story has been updated to clarify a statistical category in the Death Penalty Information Center's report.