A new academic study on misdemeanor prosecution inside a Massachusetts district attorney's office may provide added support to that approach.

Published in late March as part of a working paper series from the National Bureau of Economic Research, the study finds that not prosecuting certain defendants charged with nonviolent misdemeanor offenses can substantially reduce the likelihood of their future contact with the criminal justice system. The effects of not prosecuting are estimated to be most pronounced for first-time defendants, the study noted, "suggesting that averting initial entry into the criminal justice system has the greatest benefits."

Beyond that, it also found no evidence linking the presumption of nonprosecution that Suffolk County, Massachusetts, District Attorney Rachael Rollins imposed for certain misdemeanor offenses in 2019 to an increase in reports of those types of crimes.

We need more research. ... But I feel pretty confident here. It seems encouraging as support for what a lot of these prosecutors are doing. 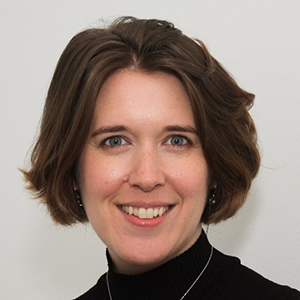 Rollins is among the district attorneys who moved into office on a campaign vowing to reshape her office's traditional approach. Following her 2018 election, she implemented a policy imposing a presumption of nonprosecution for 15 low-level offenses, such as drug possession and disorderly conduct. Initiatives like these have engendered outspoken debates, with pushback from some law enforcement officials who claim it promotes crime instead of deterring it.

But the latest findings "are encouraging in terms of support for these types of policies," said Amanda Agan, a Rutgers University economics professor and co-author of the paper.

"We need more research," she noted. "What happens when we look at another jurisdiction in another state? But I feel pretty confident here. It seems encouraging as support for what a lot of these prosecutors are doing and I hope more will start analyzing the impacts of their policies."

The paper is based on research that analyzed more than 67,000 nonviolent misdemeanor cases in Suffolk County, which spans Boston and surrounding neighborhoods, between January 2004 and September 2018. Researchers found that about 10% of those cases, defined as "on the margin," hinged on the random assignment of an assistant district attorney and whether they elected to pursue prosecution at a court arraignment.

The analysis suggested that if all prosecutors acted like the "most lenient" assistant district attorneys during misdemeanor court arraignments, a drop in criminal involvement for the defendants would have followed.

Rollins touted the findings as a validation of her approach, which has since March 2019 included explicit guidelines for prosecutors on how to handle a list of 15 low-level nonviolent crimes. She noted that diversion programs, as well as a first-time defendant's "encounter with law enforcement being scary enough," as possible reasons why avoiding prosecution can lead to such outcomes.

"If the data had shown something different, we would have adapted," Rollins said. "The whole reason I came up with the list of 15 is I want to use my very limited resources to not spend 70% of my time and budget on low-level nonviolent crimes and solving some of the 1,300 unsolved homicides we have in Boston."

of cases processed in the criminal justice system are misdemeanor.

A misdemeanor is generally considered to be a low-level infraction that can carry a maximum of a one-year jail sentence. About 13 million Americans are charged with a misdemeanor offense every year, and misdemeanors have made up as much as 80% of the cases processed in the criminal justice system, according to a 2018 Boston University Law Review article. In Suffolk County, like many U.S. jurisdictions, nonviolent misdemeanor defendants are disproportionately Black, the new paper said.

And while 75% of the misdemeanor cases analyzed were eventually dismissed, the paper noted the mere decision to pursue prosecution can have effects contributing to subsequent criminal activity. Cases generally took six months to be resolved, likely causing a major disruption to a person's work life, for example.

A case that is prosecuted but then dismissed in Massachusetts also doesn't wipe someone's record clean, Agan said, which can impact a person's labor market prospects as well as how law enforcement treats them should they come into future contact with the legal system.

"There is a lot lower probability that a record about a nonviolent misdemeanor criminal complaint will remain in the system if a prosecutor declines prosecution," she added.

David Sklansky, a former federal prosecutor and Stanford Law School professor, said the idea that "entangling people in the court system can wind up increasing crime" is not new.

"But this is an important piece of evidence for that proposition and it does provide support for the idea that some misdemeanor prosecutions are counterproductive," said Sklansky.

"It raises the question of whether it makes sense to place so much reliance on the fortuity of which prosecutor happens to be in court," he added.

Not all DA offices operate in a fashion where prosecutors are randomly assigned cases for arraignment hearings. But the research team is aiming to test this question on other offices that have those characteristics, Agan noted.

The research comes as policy initiatives that Rollins championed during her 2018 campaign gain greater momentum. District attorneys from Los Angeles to New Orleans won elections last year with vows to cut down on prosecutions of low-level offenses. In Baltimore, State's Attorney Marilyn Mosby recently said her office would permanently adopt a policy that avoids prosecuting low-level offenses like prostitution, trespassing and drug possession.

Mosby's office first implemented the policy a year ago in an effort to slow the spread of COVID-19 in jails and prisons. The initiative led to a considerable drop in the jail population while also coinciding with a year-over-year decrease in violent and property crime, according to her office's data. Johns Hopkins Bloomberg School of Public Health also analyzed 911 calls from March to December 2020 and found that three was a 33% reduction in calls mentioning drugs compared with the prior two years.

The study on Suffolk County also explored the policies around nonprosecution Rollins implemented upon taking her position. It found that nonprosecution rates for all nonviolent misdemeanor cases rose by between 15 and 20 percentage points during her first 10 months, when compared to 2018. Rollins' predecessor was found to have been declining prosecution for about 40% of low-level cases that year.

It raises the question of whether it makes sense to place so much reliance on the fortuity of which prosecutor happens to be in court. 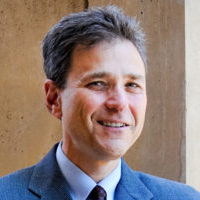 Looking at county data between 2017 and February 2020, researchers found no evidence that the probability of prosecution falling for certain types of offenses caused an increase in police reports for them.

Some have voiced caution about drawing too sweeping of a conclusion from the data. George Mason University economics professor Alexander Tabarrok wrote in a blog post on the site Marginal Revolution that "crime should be punished," and that greater scrutiny needs to be given to why misdemeanor prosecution can have such an effect.

"We need to ask more deeply: What is it about prosecution that increases subsequent criminal behavior?" Tabarrok asked, invoking the problems people with criminal records face in housing and employment. People with misdemeanor convictions see their annual earnings drop by 16%, according to a September report from the Brennan Center for Justice at the New York University School of Law.

Tabarrok called it "welcome news" that reductions in misdemeanor punishment and crime can take place coincidentally, but that it would be a mistake "to think that the low levels of crime in the last two decades are permanent features of the American landscape."

The pandemic coincided with marked jumps in certain types of violent crime in many major U.S. cities, a spike experts have linked to factors including strained police resources, the economic collapse and civil unrest of 2020.

As officials and policymakers respond to it, Rollins said it's important to recognize the pronounced financial problems many communities, particularly those of color, are facing. She added that with thin resources, tackling violent crime should come with newer methods for responding to low-level offenses.

"We have guideposts and we look at each case," she said, noting that in 2019 she still pursued prosecution for 43% of the cases that involved offenses on her presumption of nonprosecution list. "But I have a general policy where if I get to choose where my limited resources are going, they're going to go to the more violent, serious crimes."