Stacy Butler invokes several numbers to emphasize the legal troubles numerous Americans face each year because of their medical debt. Among these: Debt collection lawsuits annually account for 25% of civil lawsuits filed in the U.S., and half of those are brought over failure to pay off medical care.

But many aren't getting legal support when they face collection claims. Eighty-six percent of low-income Americans receive little to no assistance for civil legal problems, said Butler, the director of the Innovation for Justice program at the University of Arizona's James E. Rogers College of Law. 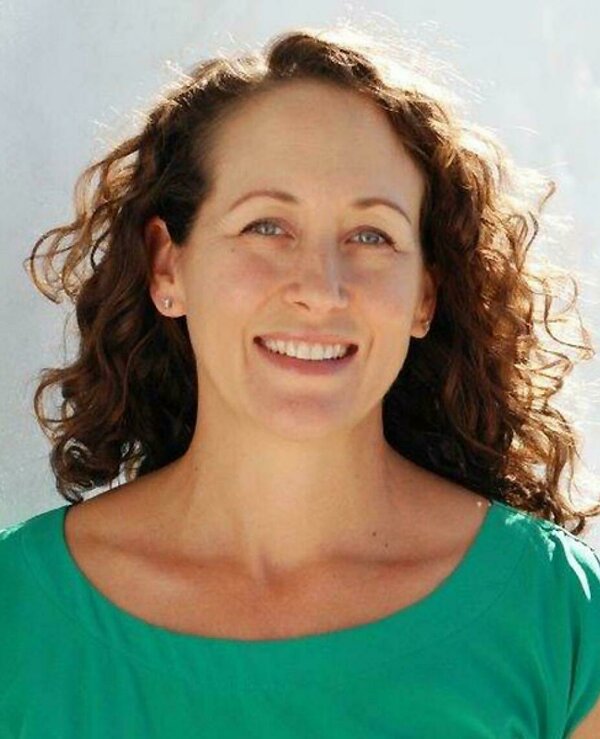 An alliance between the university and three nonprofit organizations in Utah is designed to respond to that issue. Under Utah's regulatory "sandbox" program, nonlawyer professionals with the groups will offer legal support to citizens on financial matters relating to their medical care, in an effort to cut down barriers low-income citizens face to receiving adequate legal assistance.

The innovation lab designed two separate pilot projects taking advantage of the loosened restrictions, both of which received approval in early May. The pilots include a medical debt diversion program designed to support people after they face court summonses and a project with community workers offering legal advice on top of health services they already offer. Once the projects secure funding, the innovation lab will train the professionals who will offer some legal advice.

Launched in 2018, the innovation lab is meant to design and test "disruptive solutions to the justice gap," Butler said. Its work also includes a program in Arizona training advocates in domestic violence shelters to give legal advice on protective orders and family law. Arizona and Utah both loosened state regulations around the practice of law in 2020.

For Butler, the projects are a response to a "deeply broken system" that has made the price of an attorney far too high for most Americans. "The idea that you need this highly paid guardian to make [the legal system] effective for you, I just think is a failure of democracy," she said.

In a conversation with Law360, Butler talked about the problems with the U.S. legal system, why the innovation lab decided to focus on the issue of medical debt in Utah, and how the new programs will work in practice. The discussion has been edited for length and clarity.

Our lab launched really as those conversations around the issue were starting, and so the legal advocate program that we're running in Arizona was one of our early projects. It was a project we took on because we saw Arizona was considering this move towards regulatory reform. What would it mean for someone without a J.D. to give legal advice. We're doing this because people who need access to the civil legal system can't afford lawyers. Let's actually use regulatory reform to build things for people that can't afford lawyers.

What led the program to tackle medical debt? What made this the issue the pilots in Utah will address?

And also like every other civil justice issue for low-income populations, it has significantly harmful ripple effects. Someone ends up with a medical debt judgement in Utah, they have a 77% chance of having their wages garnished. In some jurisdictions, you can still be arrested for unpaid judgments. It makes it harder to find housing if you have a debt collection judgment on your record. So we're very interested in trying to address all the collateral damage a negative engagement with the civil legal system can produce.

How did the office of innovation partner with the organizations that will be expanding their existing services to include limited legal advice?

We talked to diverse stakeholders in the community about the issue of medical debt and the possibility of finding new ways to deliver legal services to people experiencing medical debt. And we try to map the whole system and look for opportunities to affect change. Once we see where the bright spots are, then we follow up with organizations that seem well positioned to advance a new type of legal service. But before we submitted the sandbox application, we built prototype versions and tested them with people in the community, to make sure we developed a concept that had legs to stand on.

What were your takeaways on how the prototypes worked?

One of the surprising things we learned in prototype testing was when we shared this idea in the field with people experiencing medical debt, we asked, "What would it mean to you to go to your credit counseling agency and find out they could also help you with a medical debt collection? Or have a social worker at the food bank be able to identify for you, 'hey that bill is something you need to address?" What we heard from people is they would prefer to have that help and assistance from a trusted community adviser versus a lawyer.

The general perception was lawyers are expensive, lawyers are scary, I don't know how to find lawyers. I'd rather have someone who feels like they're from my community.

When this program is working under its best case scenario, how will it work in practice?

The national statistics are that 1 in 3 Americans are experiencing a civil legal need and 1 in 9 recognize the need as civil legal. So a big part of what these advocates can do is alert people to the fact that what feels like a human problem is probably a justice problem. And that you have rights and responsibilities attached to that problem. There are things you can do now to protect yourself, to resolve this before it goes to court. It's trying to target this justice awareness gap: this large population of people experiencing legal needs and not recognizing them, and even when they do, facing a tremendous shortfall in terms of how many legal aid groups can serve.

Community health workers will do it differently than what court diversion advocates will do. But both are focused on trying to problem solve and get people to just and equitable results without having to engage with the court system.

You noted earlier that the public's perspective of lawyers is that they are expensive and scary. What has contributed to this belief?

In part, I think it's just a lack of opportunity for people in the low-income community to connect with legal services. A lot of the civil legal needs of the low-income population are as defendants. They are defending eviction, defending debt collection. They are being hauled into a court process that they don't want. If your only experience with lawyers is they're the ones who evict you from your home and sue you for your debt, that's not going to naturally strike you as a place you want to turn to for help.

Several states are now considering similar reforms to the ones instituted in Utah and Arizona. Why is it important for this to expand beyond these two states?

It's important for all states to consider regulatory reform to the legal profession because it's a deeply broken system. Rebecca Sandefur has this analogy, it's like if you sent your kid to public school but had to pay someone full-time to walk your kid through their school day. That sounds crazy. We just think of school, well that's what we do, we send our kids, we pay for it out of our tax dollars, it should work for all of us, because it's our system. The legal system is the same. It should work for everyone, because we pay for it.