A movement to expand voting options for people with disabilities scored another win last month when Virginia officials agreed to permanently provide absentee ballots that can be marked electronically to voters with visual impairments, starting in the state's June primary elections. 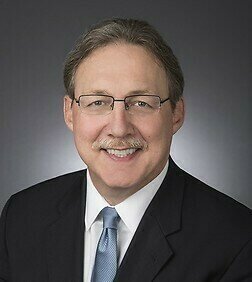 The legal victory also served as the latest triumph for Steven Hollman, a Sheppard Mullin Richter & Hampton LLP partner and former co-chair of the Washington Lawyers' Committee for Civil Rights and Urban Affairs who has taken on several pro bono cases dealing with voting and disability rights during his career.

The intersection of those issues came to the fore last year as states across the U.S. began loosening restrictions on absentee voting due to the coronavirus pandemic. But the efforts failed to address some of the other barriers millions of U.S. voters with disabilities face when it comes to voting absentee, advocates have said.

"Just sending mail votes wasn't the answer for people with disabilities because some can't vote with a paper ballot," Hollman said in an interview with Law360.

In Virginia, five state residents with disabilities and advocacy groups for the blind sued the Department of Elections in July over a failure to expand its no-excuse absentee options beyond a paper ballot, which they said made it impossible for people with visual impairments to vote absentee without assistance. The groups, represented by Hollman and others, said the voting limits violated the Americans with Disabilities Act and the Virginia Disabilities Act by denying voters their right to privately and independently cast a ballot.

On April 15, U.S. District Judge Claude Hilton entered a final consent decree in which the state agreed to make such an option available for the state primaries on June 8. Under the agreement, Virginia will also appoint an ombudsman to assist voters with disabilities in applying for and marking electronic ballots.

It's unclear how many voters the law will impact. More than 178,000 adults in Virginia had a visual disability in 2016, according to a demographics survey from the U.S. Census Bureau.

Hollman served as counsel for the plaintiffs with the Washington Lawyers' Committee, the Disability Law Center of Virginia and Brown Goldstein & Levy. He said his involvement has been part of a broader effort to expand voting options for people with disabilities in states across the country.

Just months before the legal action in Virginia, the West Virginia legislature expanded electronic absentee voting options to all voters with disabilities following successful agitating from Hollman and the legal groups.

The National Federation of the Blind told Law360 it has pushed for the reforms through the courts in more than 10 states, including Virginia, Michigan and Pennsylvania.

For Hollman, the interest in disability rights is rooted in some of his earlier experiences as a student and lawyer. He worked for former Sen. Charles Mathias, R-Md., as an undergraduate student as Section 504 of the Rehabilitation Act was crafted — a law that prohibits discrimination against people with disabiities in programs receiving federal assistance. He also helped represent a disabled Maryland woman who sued a shopping mall in the early 2000s after she was trapped during an emergency evacuation.

"The question of how people with disabilities can enjoy the same opportunities as other citizens in our community became really important to me," said Hollman, whose corporate practice focuses on intellectual property.

Roughly 38 million eligible American voters had a disability during November's election, accounting for 16% of the electorate, according to a September report from the Program for Disability Research at Rutgers University. Approximately 7 million of these voters had a visual impairment, the report said.

Advocates have noted that reading paper absentee ballots in standard print and writing or filling in entries is a significant barrier for people with visual impairments. The plaintiffs in the Virginia case argued that failure to offer alternatives violated precedent established in the Fourth Circuit in National Federation of the Blind v. Lamone. The 2016 ruling found that Maryland was required under the ADA to afford reasonable accommodations to voters with disabilities who wished to vote absentee.

Twenty-five states provided electronic ballot delivery to voters with print disabilities on a statewide basis during the 2020 election, the NFB said.

"The recent health pandemic illustrated the criticality for voters with print disabilities to be able to independently cast a remote ballot, which is an option that every other voter can exercise," Sam Joehl, president of the American Council of the Blind of Virginia, said in a statement.

The recent health pandemic illustrated the criticality for voters with print disabilities to be able to independently cast a remote ballot, which is an option that every other voter can exercise.

American Council of
the Blind of Virginia

Expanding ballot options is only one piece of the battle though, Hollman said. Local governments are still falling short in providing adequate information to voters, he said, and "the burden of actually getting an electronic ballot when it's legally made available is still too high."

Separate studies of board of elections websites and vote-by-mail application forms conducted in 2020 found many states were not making those materials fully accessible to people with disabilities. One report, from nonprofit Miami Lighthouse for the Blind, found that board of elections websites in 12 battleground states were not fully accessible for people with visual impairments.

"The hurdles confronting people with print disabilities are very significant, and it takes a lot of energy to get the word out that a system is available and to get them to a level of comfort where they can access that available system in order to vote," Hollman said. "The universe of potential is phenomenal here, but we need to reach those people."

The April consent decree stipulated that Virginia election officials would take "reasonable steps" to inform the public and county registrars about the option for voters with print disabilities to "receive and mark absentee ballots using screen reader assistive technology."

The ballots are still to be returned via mail. Just five states permitted electronic return in 2020, according to the NFB.

Electronic absentee voting options have proved secure and effective, Hollman said, pointing to states — including Virginia and West Virginia — that already offered them for military members overseas. There's another group of voters who can benefit from such a system, he said.

"It's sad to me that our national dialogue seems to be taking us in the opposite direction by imposing restrictions on people's ability to vote at a time when we have the technology and the ability to expand the exercise of the franchise," he said.