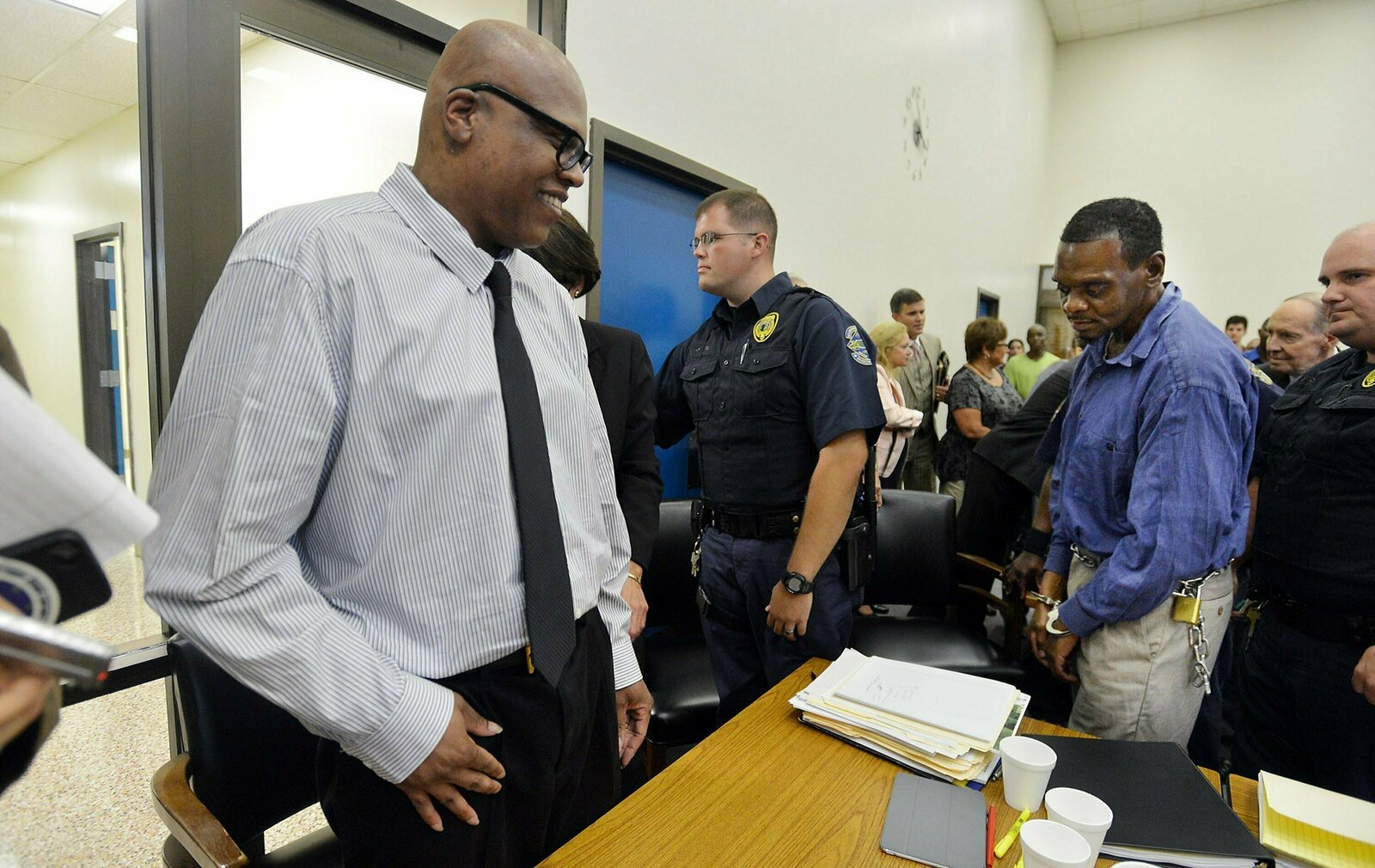 Leon Brown, left, greets his half-brother Henry McCollum, in the blue shirt, soon after a judge exonerated them in 2014 for the 1983 rape and murder of 11-year-old Sabrina Buie in Red Springs, North Carolina. (Chuck Liddy/Raleigh News & Observer/Tribune News Service via Getty Images)


On May 14, after decades of incarceration for violent crimes they did not commit, half-brothers Henry McCollum and Leon Brown received some welcome news: An eight-member jury in Raleigh, North Carolina's federal district court had awarded them $75 million.

granted both men $1 million in compensatory damages for each of their 31 years behind bars. It also ordered punitive damages worth $13 million from the two former State Bureau of Investigation agents that the jury found violated the men's civil rights during the 1983 interrogations that led to the half-brothers being convicted of raping and murdering 11-year-old Sabrina Buie in the town of Red Springs.

Just hours before, McCollum and Brown had also settled with Robeson County law enforcement defendants for an additional $9 million.

"I've been lucky enough to be involved in a number of innocence cases over the years," the Washington, D.C.-based Hogan told Law360 on May 19. "Henry and Leon were the 41st and 42nd innocent [people] whose cases I've been involved in, spanning back over 20 years."

Neither of them received any sort of training, life skills programming, anything to help them with the transition to life after prison. 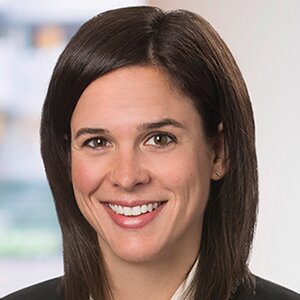 Several of the prominent cases Hogan worked on — including those of the Norfolk Four, a group of U.S. Navy sailors wrongfully convicted of a 1997 rape and murder — earned him and Hogan Lovells a reputation for strong advocacy against wrongful convictions. Hogan said that was why one of McCollum's court-appointed guardians got in touch with them in 2018.

By then, the half-brothers had already suffered tremendously with little relief from the justice system, according to Hogan and court records. After the then-teenagers confessed to the grisly crime, they recanted, saying they were pushed into false confessions. However, neither their reversals nor expert assertions that both men had intellectual disabilities that should be factored into their sentences stopped Robeson County district attorney Joe Freeman Britt from successfully pursuing death sentences against them.

McCollum spent the entire 31 years on death row, where Hogan said he often slept about 17 hours a day "just to sort of avoid the pain of consciousness." McCollum testified that he befriended several others on death row, only to watch them be executed. The stress of this time on death row — the longest in North Carolina's history, several sources note — led to severe depression and attempted suicide.

State Supreme Court-ordered retrials sent McCollum back to death row, while Brown received a new sentence of life imprisonment and moved to a general population prison. There, he was repeatedly victimized by other incarcerated individuals, according to Hogan. This led to multiple psychotic breaks and mental health issues that Hogan said now require 24/7 care.

Things did not immediately improve after their 2014 exoneration, when new crime scene DNA evidence revealed a connection to convicted sexual predator Roscoe Artis. According to The New York Times and the initial complaint for McCollum and Brown's civil case, investigators had looked into Artis as a suspect in Buie's murder, but did not tell defense lawyers.

The state of North Carolina ultimately pardoned the men and paid them each $750,000. Far from enabling their post-conviction transition, however, the money made them targets for manipulation.

Attorney Patrick Megaro of Halscott Megaro PA, along with Brown's sister Geraldine and others, eventually took over the men's lives and a lot of their $750,000 payouts, according to a North Carolina State Bar Association order. Megaro, who did not immediately return Law360's comment request, pushed the half-brothers to take out predatory loans that left them in debt, the order said. A judge eventually removed him from the case, and in spring 2021, North Carolina's state bar suspended his law license and ordered him to pay $250,000 to Brown and McCollum. He is still licensed to practice in Florida and New York.

"Two men who are already struggling, and have such a history of suffering, they were an easy mark for another round of manipulation and tragedy," said Elizabeth C. Lockwood, a Hogan Lovells senior associate who worked with Hogan on this case and prior innocence trials.

Racial justice pioneers like Thurgood Marshall inspired Hogan, who is white, to earn his law degree from the historically Black Howard University's law school in 1997. Both he and Lockwood acknowledged that the struggles of their clients, who are Black, reflect a long history of African Americans facing false accusations and violent punishments for lurid crimes. McCollum and Brown also exemplify how those who receive justice often still struggle after exoneration.

"The really tragic thing, in both of their circumstances, is that neither of them received any sort of training, life skills programming, anything to help them with the transition to life after prison, because the prison system looked at them as individuals who were not deserving or worthy of those types of resources," Lockwood said.

They went into prison as teenagers, came out as middle-aged men and missed a full part of your life, where you have families, get married and all of those kinds of things. 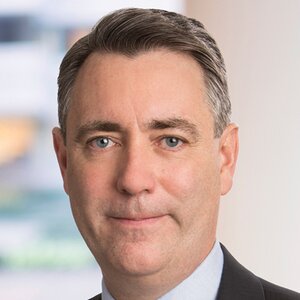 Megaro had initially filed Brown and McCollum's civil complaint against the SBI agents, Robeson County defendants and the town of Red Springs in 2015. The court approved a $1 million settlement offer from Red Springs in 2017, but ultimately ordered Megaro off the case a year later, at the request of McCollum's guardian and after finding the representation agreement between McCollum and Megaro invalid due to McCollum's alleged incompetence. The Hogan Lovells attorneys came onto the case soon after.

Lockwood and Hogan's team, including appellate practice co-director Cate Stetson and senior associate David Maxwell, partnered with local counsel Elliot Sol Abrams of Raleigh firm Cheshire Parker Schneider PLLC to argue the civil rights case. Stetson worked on the appeal for qualified immunity that the SBI agents brought to the Fourth Circuit, which reaffirmed the lower court's denial. This set Hogan up to lead the district court trial to establish liability and damages.

The attorneys relied on testimony from prison officials, an expert on confinement, a former Robeson County district attorney, the state innocence commission investigator whose testing aided the 2014 exoneration and others who explained lasting impacts of what the men endured. Brown and McCollum also took the stand, where the latter broke down, Lockwood said.

"He was reliving everything on the stand, and not just his 30 years of incarceration, but also the trauma associated with their coerced confessions and the initial convictions, and everything that goes along with that," Lockwood recounted.

"Anybody who sat in that courtroom would have been totally moved by what they suffered in prison," Hogan added. "They basically lived in hell for over 30 years for a crime they didn't commit. They went into prison as teenagers, came out as middle-aged men and missed a full part of your life, where you have families, get married and all of those kinds of things."

Robeson County Attorney Rob Davis said the $9 million settlement would be paid not by the county itself, but insurance carriers from the time of the half-brothers' earliest trials. He praised the terms as being beneficial for all parties.

"We will not be involved in any appeals or any further actions," he said to Law360. "We've reached an agreement with them: They have released us from any further liability whatsoever, and per the agreement, we will not appeal any issues of the case."

The individual Robeson County defendants were represented by James R. Morgan Jr. and Sonny S. Haynes of Womble Bond Dickinson (US) LLP. Neither they nor Abrams returned Law360's interview requests.

Hall Booth Smith PC partner Scott MacLatchie, who worked with colleague Adam Peoples to represent the ex-SBI agents in the jury trial, told Law360 he was "unable to comment."

Hogan hopes that the verdict will send a message to police that misconduct will not be tolerated.

"I am really hopeful that this is a message that the size of the jury verdict here is going to make decision-makers in local politics say … that this long history, [where] the police can do what they want and are not really going to be held responsible, is over," he said. "Even if they weren't morally compelled, they're now financially compelled that they can't tolerate the good-old-boy approach to law enforcement."