Video of George Floyd's death led to nationwide protests and the conviction of a police officer for his murder, but free speech experts worry that two recent court decisions could mean that no one records the next George Floyd — or that they may end up in jail if they do.

The Tenth Circuit ruled in March that Denver police officers are immune from a lawsuit alleging they detained a man and searched his tablet after he video recorded them arresting a suspect. Florida's Fourth District Court of Appeal in May found in a similar suit that Boynton Beach police were justified when they arrested a mother recording her son's arrest.

Both decisions sidestepped the issue of whether citizens have a constitutional right to record the police in public, according to experts, who say the courts have generally affirmed such a right.

But the rulings, which several of these experts called "outliers," further confuse an already unclear area of the law, and some attorneys worry they could discourage people from recording police misconduct or encourage officers to try and stop those who do press "record." And that could hamper recent efforts at police reform, which have largely been propelled by these videos.

One of these cases could even find its way to the U.S. Supreme Court, according to experts.

"We all know that the Black Lives Matter movement and the movement to defund the police would not be anywhere near where they are today without cellphones and other recordings of interactions with the police," said Emerson Sykes, a staff attorney with the ACLU's Speech, Privacy and Technology Project.

"Where's there's documentation of misconduct," he added, "that has to be protected."

Both the Tenth Circuit's and the Florida appeals court's recent decisions are "outliers," according to professor Alan Chen of the University of Denver's Sturm College of Law, who joined an amicus brief in support of the plaintiff in the Tenth Circuit case.

I think it's fair to say both courts got this wrong. 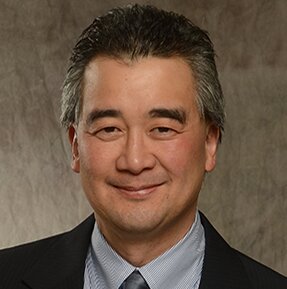 "I think it's fair to say both courts got this wrong," Chen said, "and are outside of the mainstream of courts that have addressed this issue."

The vast majority of judges have ruled that citizens have a constitutional right to record police activity in public, experts say. Those courts include the First, Third, Fifth, Seventh, Ninth and Eleventh circuits, according to a tally by the Electronic Frontier Foundation.

When the Third Circuit ruled in 2017 that Philadelphia police violated the Constitution by arresting someone for recording them, the judges made sure to point out that they were not unique in affirming that right.

"Every Circuit Court of Appeals to address this issue ... has held that there is a First Amendment right to record police activity in public," the judges wrote.

But the Tenth Circuit hasn't addressed the issue. That circuit court found in March that Denver police were entitled to qualified immunity from a lawsuit accusing them of detaining Levi Frasier and searching his tablet without his consent after he used it to record them making an arrest.

The decision overturned a lower court, which had said that because the officers were trained that citizens have a First Amendment right to record police, they were not immune from Frasier's suit.

"Whatever training the officers received concerning the nature of Mr. Frasier's First Amendment rights was irrelevant," the Tenth Circuit wrote, adding that all that mattered was that the right had never been affirmatively established in the circuit.

And since none of the parties actually disputed that the right exists, the court chose not to address whether it does, leading to "sort of a perverse outcome" pointed out Scott Skinner-Thompson, a University of Colorado Law School professor who also joined an amicus brief supporting Frasier.

Florida's Fourth District Court of Appeal also didn't address the constitutional right to film police in May when it sided with Boynton Beach officers against Sharron Tasha Ford, who was arrested after she recorded officers arresting her son. Ford sued the officers for false arrest and violating her civil rights, but the appeals court found that Ford had "obstructed their investigation" by attempting to record them, according to the decision.

Lawyers for Frasier, Ford and the defendants in both cases did not respond to requests for comment.

"It illustrates in many ways the importance of getting decisions on the merits by courts of appeals establishing what constitutional rights are and are not so that officers are on notice of what is and is not constitutional," Skinner-Thompson said.

That's because while neither court actually ruled that citizens don't have a constitutional right to record police, the decisions could still have a chilling effect on those who might otherwise exercise that right, experts say.

"Many people will refrain from speech if they are not sure they are allowed to engage in it," Chen said.

That's especially true for people of color and undocumented people, for whom the consequences of interacting with the police can be high, pointed out the ACLU's Sykes.

"Depending on who you are, there might be a pretty difficult calculation about whether or not you're going to comply" with officers' requests not to film them, he said.

An 'Uptick' in Litigation

It's difficult to determine how many people are arrested while recording police — they are often detained on charges such as obstruction — or how many lawsuits result from those arrests, experts say.

The danger in these arrests is that it chills the rights of others to record.

But the ubiquity of cellphone cameras and the increasingly central role video has played in the racial justice movement have led to an "uptick" in these kinds of cases, according to Robert Corn-Revere of Davis Wright Tremaine LLP, who was recently involved in one such case.

His client, Kian Kelley-Chung, sued Washington, D.C., police after he was arrested while filming them "making indiscriminate arrests" during a Black Lives Matter protest in August, according to the complaint. A citizen journalist gathering documentary footage, Kelley-Chung was held in custody for over 18 hours on charges of "felony rioting" before being released, Corn-Revere said.

Kelley-Chung settled his suit in April for an undisclosed amount, according to Corn-Revere. The D.C. police department did not respond to a request for comment.

In April, Kiyee Kye and Jessica Kiyee filed a similar suit in New York federal court against several New York Police Department officers alleging the two were arrested after attempting to record officers tackling a Black man in Manhattan. Kye and Kiyee were arrested for obstructing governmental administration and violating a curfew in place at the time, according to their complaint, despite both being deemed "essential workers" exempt from the curfew.

In a statement, an NYPD spokesperson told Law360, "At the time this event occurred, this area of New York City was in the midst of two days of looting, fires and violence and a curfew was in place. Numerous arrests were made to restore order."

But according to Jay K. Goldberg of Goldberg & Allen LLP, the pair's attorney, "the video makes clear that they were targeted for pulling out a cellphone."

"The danger in these arrests is that it chills the rights of others to record and thereby helps to perpetuate the impunity of police misconduct," Goldberg added.

Headed to the High Court?

The Supreme Court has never explicitly ruled on whether there is a constitutional right to record the police in public, but that could soon change, Skinner-Thompson and Chen both told Law360.

That's especially true if, like the Tenth Circuit suit, a case comes along challenging police officers' qualified immunity, "which I think the Supreme Court is going to be under increasing social pressure to address," Skinner-Thompson said.

In fact, attorneys involved in the Frasier case at the Tenth Circuit are currently considering filing a petition for a writ of certiorari with the high court, according to both professors, though no such appeal has been filed yet.

If that case, or another like it, does find its way onto the justices' docket, its outcome could have a huge impact on the movement for racial justice and police reform, experts say. The video of George Floyd's death was viewed by millions and led to months of protests against police brutality. It was also central to the murder conviction of the officer seen in the video kneeling on Floyd's neck.

"Without recordings of police, one can't imagine that we would have as much progress in the movement for racial equality as we have now," Sykes said.

But that progress could be jeopardized by decisions like the ones in the Tenth Circuit and Florida. It's already "very difficult" to hold police accountable for misconduct, especially when it comes to the "blurry line" between recording police and interfering with them, Sykes said.

And those two courts may have just made that line blurrier, experts say.

"Any time that we're not establishing clear rules for the police and the public, it's going to deter the public from exercising their constitutional rights because they don't know what is and is not protected," Skinner-Thompson said.

That also goes for police, he added, who also want clearer guidance on what people's rights are.

"Nobody is served by vague rules or unclear law," he said.