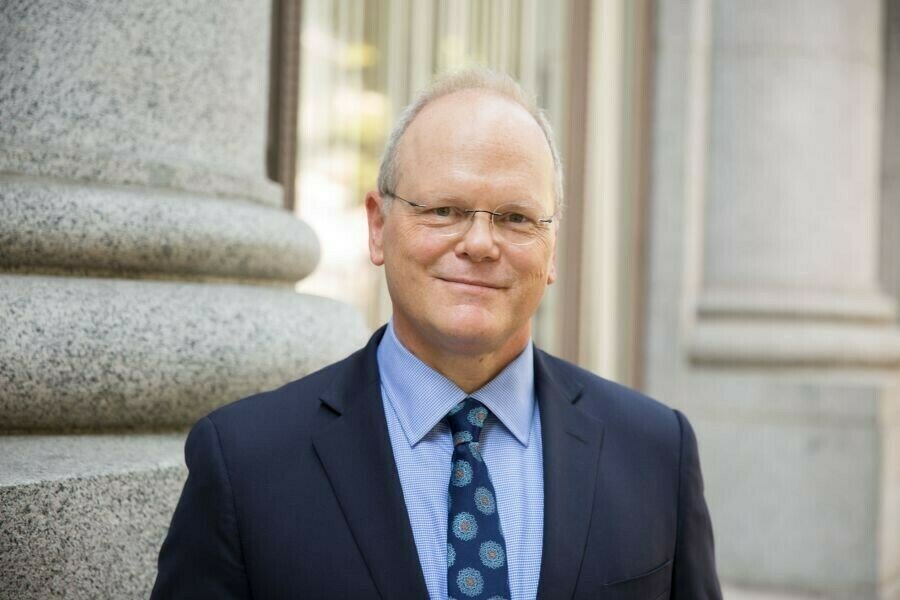 Dan Satterberg pushed Washington state lawmakers to pass a resentencing law that allows its prosecutors to request that judges resentence cases in their jurisdictions when it serves the interest of justice.


Washington county prosecutor Dan Satterberg knew when his state passed its three-strikes law in 1993, mandating that repeat offenders of certain crimes be sentenced to life without parole, that those sentences would one day need to be undone.

As a result of Washington's three-strikes law, individuals who once would have been sentenced to 15 to 20 months for their third offense of second-degree robbery — a robbery where no weapon is used — were sentenced to die in prison, Satterberg told Law360. Satterberg said that at the time the law was passed, he thought the change in sentencing was unfair. The law is still in effect, but was amended in 2018 to remove second-degree robbery as a "strike."

When Satterberg was elected district attorney of Washington's King County in 2007, he created a team to review cases, identify people who received life sentences under the three-strikes law and try to find a legal avenue for those people to be resentenced.

"One of the first things I did was have my team bring up literally the boxes from the basement that had all of these old cases and to start looking through them, because I wanted to go back and remedy what I thought was an injustice, even though I'd been in the office at the time ... I didn't think I was in a position to change the policy that we had," Satterberg said.

Satterberg first tried to have three-strikes sentences reduced through the state's clemency process that allows the governor to reduce or pardon criminal sentences. However, Satterberg found that the clemency process was too slow and political to support his resentencing caseload. Satterberg said that governors are reluctant to grant clemency until the last six months of their terms, and the state's clemency board only has five volunteers that meet four times a year.

The next route Satterberg tried was flat out asking judges to resentence individuals. In some cases, Satterberg was successful. In others, judges found that he didn't have the legal authority to request resentencing. But Satterberg was able to get 30 people's cases resentenced using these methods.

But Satterberg realized that in order to move more quickly with resentencing in more cases, he needed to have the explicit legal authority to request judges to resentence people. So Satterberg drafted and lobbied for the passage of S.B. 6164 that gives Washington state prosecutors the power to request resentencing in the interest of justice. The law was passed last year.

Earlier this year, the Washington state legislature also passed S.B. 5164 requiring resentencing for some individuals who were sentenced to life in prison under the state's three-strikes law. The people eligible for resentencing are those who received a strike for second-degree robbery. Satterberg's office identified 29 cases that could be eligible for resentencing under this law. Although the law doesn't go into effect until July 25, individuals were resentenced through the state's clemency process in five of those cases.

"I think it's consistent with the overall mission of the prosecutor, which is to seek justice," Satterberg said about S.B. 6164. "If there are procedural barriers to seeking justice, then you need to advocate to remove those."

More state and county prosecutors are reaching the same conclusion as Satterberg that they need the power to request resentencing from judges to correct past injustices, end mass incarceration, give people second chances and divert money spent on incarceration to more effective crime prevention methods.

In April, more than 60 current and former prosecutors signed a statement by the nonprofit network Fair and Just Prosecution urging their colleagues to review decadeslong sentences in their jurisdictions and to no longer seek such sentences, except in cases where the convicted individual poses a serious safety risk. The U.S. has more than 2,300 elected prosecutors, according to the Reflective Democracy Campaign, a research group that studies the demographics of elected officials.

"While prosecutors and judges of decades past may have pursued and imposed harsh sentences with the misguided belief that certain individuals were incapable of rehabilitation, there is simply no justification for maintaining those sentences when a person demonstrates that the opposite is, in fact, true," the statement said.

The bill that Satterberg spearheaded was inspired by the first prosecutor-initiated resentencing law passed by California in 2018. The California law, A.B. 2942, was drafted by Hillary Blout, a former San Francisco prosecutor who worked under Vice President Kamala Harris when she served as the district attorney of San Francisco.

After Blout served as a prosecutor for six years, she founded the nonprofit For the People in 2019 that works with prosecutors to implement resentencing legislation in their states.

Blout said that resentencing laws are important to correct failed policies that sought to achieve public safety by imprisoning people for as long as possible.

"There's a reckoning that we are having as a society about what our criminal justice system is trying to achieve," Blout said. "We are moving away from these sort of draconian measures of throwing people away indefinitely, and we're starting to see that the cost of incarceration doesn't weigh out the benefits of it."

Twenty-five states including New York, Virginia and Texas are currently considering resentencing legislation, according to a report released in May by The Sentencing Project, a nonprofit research organization that aims to improve the U.S. criminal justice system and reduce the prison population.

Oregon and Illinois both passed prosecutor-initiated resentencing laws during this legislative session that were signed by their respective state governors in late June.

"I don't think the prosecutor alone should hold the keys to the jailhouse door," said Miriam Krinsky, founder and executive director of Fair and Just Prosecution. "At the end of the day, the court will be the one to make the decisions, but ... after somebody who's been behind bars for a certain period of years, the [resentencing request] should be able to come from either side."

"Prosecutors cannot just continue to think of justice as something that ends at sentencing," Schmidt said. "We need to look at this holistically and recognize that justice is much bigger than that and continues well past the day of conviction."