Garland To Reopen DOJ Office For Access To Justice

The U.S. Department of Justice is reopening its Office for Access to Justice, which previously operated for eight years before being shuttered by the Trump administration, Attorney General Merrick Garland announced Friday. 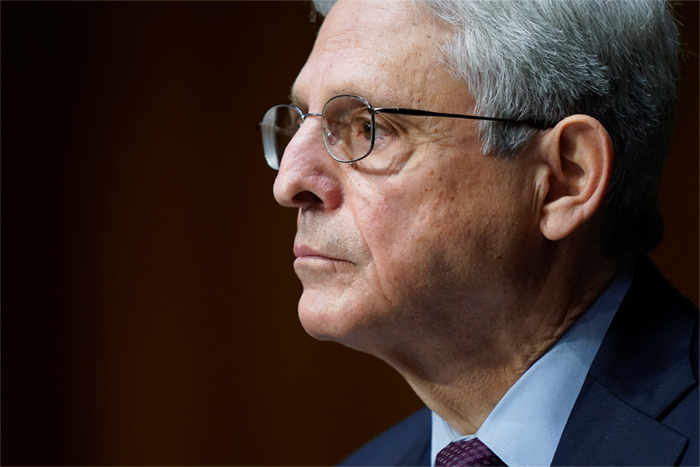 Attorney General Merrick Garland announced Friday that the Department of Justice will be reopening its Office for Access to Justice, intended to make the legal system more accessible to millions of Americans and which was closed by the Trump administration. (AP Photo/Patrick Semansky)

The office, charged with addressing the inability of millions of Americans to get needed legal help due to financial costs and other barriers, is part of what the DOJ called its "phased strategic plan" to expand the department's emphasis on access to justice, according to a press release issued by the DOJ.

Advocates for improved access to the legal system for poor and disadvantaged Americans lauded the announcement Friday.

"I am thankful to the president and attorney general for their leadership and action to bring the country closer to equal access to justice for all. Having experienced the closure of the previous office and knowing what its absence has meant since that time — as we grapple with the impact of the pandemic and a heightened awareness of the racial disparities that flow through our legal system — it is both gratifying and thrilling that the office is reopened today," said Maha Jweied, who served as acting director of the office before it was closed by President Donald Trump.

The DOJ's Office for Access to Justice was first established under President Barack Obama in 2010 and formally made a standalone component within the DOJ in 2016, according to a September report on the department's access to justice efforts.

"The Office for Access to Justice, when in force under the Obama administration, acted as an essential conduit helping to coordinate policy initiatives across the federal government to improve outcomes within the legal system. Restoring the Office for Access to Justice helps to advance equity for all, especially vulnerable and underserved communities who often have the deck stacked against them in court," said Stephanie Wylie, senior policy analyst with the Center for American Progress' Courts and Legal Policy program.

The office's goal was to improve accessibility to the justice system and eliminate the barriers that keep citizens from understanding their rights, according to the office's since-archived website. The office was also charged with ensuring the justice system's fairness and increasing its efficiency.

But then-Attorney General Jeff Sessions quietly shut the office down in 2018.

During the years it operated, the office developed and supported initiatives aimed at protecting the right to legal counsel for indigent defendants and juveniles, reforming the use of fees and fines in state and local courts, and increasing access to civil legal aid, according to the office's old website.

The office filed briefs in civil rights cases across the country and worked with the Department of Health and Human Services to offer legal aid at community health centers.

It also represented the U.S. government in international access to justice forums and developed the White House Legal Aid Interagency Roundtable, or LAIR, a group of representatives from executive branch agencies that developed policies focused on criminal indigent defense and civil legal aid.

"The Garland report finds to no one's surprise that justice is still far too elusive in America for millions of people, but I believe its greatest contribution may be in bringing to light the stories of how DOJ's LAIR program can enable U.S. federal agencies to improve people's lives through unique justice projects that help to stop unfair evictions, reduce predatory anti-consumer practices, defend people from physical and emotional injury, keep American families together, and more," said David Udell, executive director of the National Center for Access to Justice at Fordham Law School.

"It's been a long wait, but it is great to know that the Office for Access to Justice is back on task," Udell added.

Since its closure, activists and legislators have been pushing to have the office reconstituted. In 2020, House Judiciary Committee Chair Jerrold Nadler, D-N.Y.; Rep. Mary Gay Scanlon, D-Pa.; and Sen. Chris Murphy, D-Conn., sponsored legislation to reestablish it.

"Equal justice under the law cannot be achieved when the deck is stacked against those without access to counsel. Decades of studies have shown that the overwhelming majority of Americans cannot obtain legal counsel when they need it. That's why I've strongly advocated for the Biden administration to restore the Office for Access to Justice within the Department of Justice," Rep. Scanlon said in a statement Friday. "I am thrilled that Attorney General Garland has taken this step."

But not everyone has been a fan of the agency's work. In an opinion piece for The Hill, Sen. James Lankford, R-Okla., and then-U.S. Rep. Bob Goodlatte, R-Va., said that since some corporate defendants signed settlements with the federal government that sent money to liberal causes, that meant that "with the help of A2J, the Justice Department became a funding arm for like-minded ideology, entirely without congressional approval."

The office's reestablishment comes in response to a memorandum issued in May by President Joe Biden that instructed Garland to devise a plan to expand the DOJ's access-to-justice functions. The memorandum also reconvened LAIR, which was first established in 2012.

In his September report to the president, Garland said reopening the Office for Access to Justice will mean transferring funds from an existing appropriation to support at least 10 additional positions to carry out the initial phases of the reopening plan.

Biden's fiscal year 2022 budget allocates $6 million in funding for the office, according to Garland's report.

The DOJ did not respond to a request for further comment.