President Joe Biden, almost one year in office, has yet to nominate new commissioners for the federal government's solo independent criminal justice agency — keeping a potentially key player in justice reform on the sidelines, according to legal experts.

No one would be comfortable going years without a functional Centers for Disease Control and Prevention, U.S. Food and Drug Administration or U.S. Securities and Exchange Commission, yet that is what the federal government has done with the U.S. Sentencing Commission, Ohio State University's Moritz College of Law professor Douglas Berman told Law360.

The Sentencing Commission hasn't had a full roster of seven commissioners for nearly half a decade and has lacked the minimum four commissioners needed to pass amendments to its advisory federal sentencing guidelines since the beginning of 2019, according to Berman.

As a result, an agency whose job is to holistically evaluate the criminal justice system's operations and potentially drive reform has been taken off the field, Berman said.

"The whole idea of a sentencing commission was to have an agency that has the specialization and the institutional commitment to kind of look at [the criminal justice system] in a big, bold way," he said.

The commission currently only has one active member, Senior U.S. District Judge Charles Breyer, whose term expired in October and is allowed to stay on the body for another year in lieu of a replacement.

Commission watchers say that even though the agency hasn't often been seen as a major driver of criminal justice reform, the body has made some significant changes in the last few years to its advisory guidelines that have reduced sentencing disparities and length of prison times.

Under the Obama administration, the commission made provisions from the recently passed Fair Sentencing Act of 2010 — a federal law that reduced mandatory prison time for manufacturing or trafficking crack cocaine — retroactive, reducing the incarceration sentences for more than 7,700 offenders, according to a 2018 commission report.

Then, in 2014, the agency reduced the base offense level of most federal drug trafficking crimes by two levels and made the change, called the Drugs Minus Two Amendment, retroactive, leading to an average 17.2% reduction of more than 30,000 prison sentences, according to a 2020 commission report.

In addition, the commission's research on crack cocaine use, sales, crimes and sentencing led Congress to reduce sentencing disparities between crack and powdered cocaine offenses from a ratio of 100:1 to 18:1 in the Fair Sentencing Act. And later, federal lawmakers made the provision retroactively applicable to crack cocaine sentences in the First Step Act of 2018.

The commission found in a 2002 report that harsher sentencing for offenses involving crack rather than powdered cocaine resulted in longer prison time for Black offenders, and it recommended that Congress reduce the sentencing disparities between crack and powdered cocaine to a ratio of at least 20:1.

This work by the commission illustrates its potential to be a prime agent of criminal justice reform, experts say.

"The bigger issue is how do you build political will and a political narrative around reexamining sentencing," said Marta Nelson, director of government strategy, advocacy and partnerships at the Vera Institute of Justice, a nonprofit research and policy organization.

"There's been a lot of research since these sentencing guidelines were first promulgated that shows that sentences have huge racially disparate impacts." 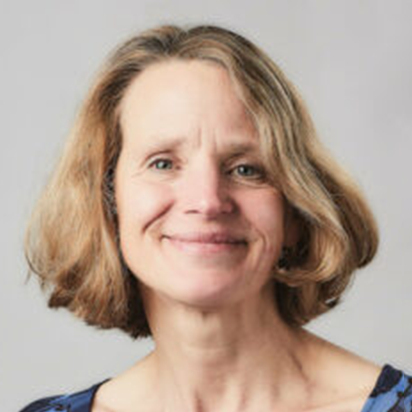 The commission's sentencing guidelines were first established in 1987, during the tough-on-crime era in the U.S. when lawmakers believed that longer incarceration sentences would reduce crime rates.

However, research done since the 1980s, including studies conducted by the commission, shows that longer prison sentences don't deter crime or lead to lower recidivism rates.

"There's been a lot of research since these sentencing guidelines were first promulgated that shows that sentences have huge racially disparate impacts, [and] the victims are often not very satisfied with the sentences that are received, not because they're too long, but because it doesn't really help them process their pain and their trauma," Nelson said.

While criminal justice reform advocates praise changes in the First Step Act for moving away from tough-on-crime policies, the commission's lack of quorum prevents the agency from issuing crucial sentencing guidelines for these provisions, according legal experts.

In November, Reps. Kelly Armstrong, R-N.D., and Jamie Raskin, D-Md., sent a letter to Biden urging him to fill vacancies on the Sentencing Commission, saying that the commission's inability to issue sentencing guidelines for the First Step Act could result in "uneven application of the law."

"It is imperative that the vacancies are expeditiously filled so the commission can continue its work to improve the federal criminal justice system," the pair said in the Nov. 22 letter.

Armstrong told Law360 that he sent the letter to Biden because having the commission's input would be beneficial as the Senate considers advancing the EQUAL Act, or Eliminating a Quantifiably Unjust Application of the Law Act — a proposed law that would completely eliminate sentencing disparities between crack and powdered cocaine offenses. The bill has passed in the House.

"Nobody's ever lost an election being tough on crime, so if you want reasonable smart policy changes, you need experts to give you the advice, because then, you can utilize that, and you don't take as much political heat," Armstrong said about the Sentencing Commission.

Congress is currently considering several sentencing reform bills in addition to the EQUAL Act. Though lawmakers are running out of time to pass the proposed laws with its winter recess scheduled to start Dec. 11.

A White House spokesperson did not respond to a request for comment about why Biden hasn't nominated commissioners for the Sentencing Commission yet or when he will announce his nominees.

Breyer, the sole remaining commissioner, told Law360 that he has been in contact with the White House and believes it is currently vetting candidates. He said that he is hoping for a slate of nominees in early 2022.

The White House is "certainly overworked, but I still think that there is some priority in getting this taken care of," Breyer said.

Professor Berman said that part of the reason some advocates haven't prioritized pushing for commission nominees is because the agency historically hasn't taken bold actions on criminal justice reform, even though it has the power to make those changes.

Also, advocates are fearful that even a Biden-appointed commission would implement harmful sentencing guideline revisions and set back criminal justice reform rather than advance the cause, Berman said.

"There are some folks who would say all the better for criminal justice reform that there isn't a commission to pay attention to because it allows advocates to sort of pursue bigger agendas." 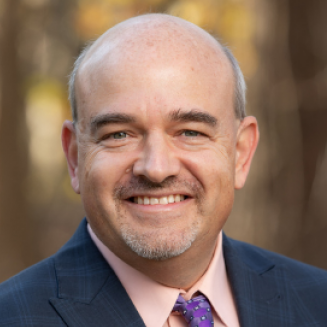 "So there are some folks who would say all the better for criminal justice reform that there isn't a commission to pay attention to because it allows advocates to sort of pursue bigger agendas and approach other decision makers in certain kinds of ways," he said.

But the determining factors of whether a future commission hurts or helps criminal justice reform depends on who is placed on the commission and the tone that is set around the commission by Biden and lawmakers, according to Berman.

Berman said he would like to see more public defenders and academics on the commission, and at least one individual who has gone through the criminal justice system as a defendant.

"Public defenders have never had as big a voice in these conversations through the form of being commissioners," Berman said.

Though federal law requires three of the seven commissioners to be judges who are typically more conservative about the criminal justice system, he said.

Once the commission is operational again, experts told Law360 that they would like the new commission to tackle a number of tasks including simplifying federal sentencing guidelines, having the guidelines replace mandatory minimum prison sentences and more quickly putting out data on the justice system.

However, even if Biden gets commission nominees out by the beginning of next year, the commission may not get any meaningful work accomplished in 2022, Berman said, noting that the commission has an amendment cycle where they have to submit proposed legislative changes by May and Congress has six months to act on them.

"I think very few people would reasonably assert that our federal criminal justice system functions well, and I do think, in a sense, [the commission's] partially to blame because they're not out there leading the chorus of, 'There's a lot that needs fixing here,'" Berman said.