Fish & Richardson's Role In Making The Web Safer For Teens

Trisha Prabhu is the inventor of ReThink, a tool that detects and stops online hate. (Courtesy Photo)


A technology that detects and stops online hate is patented thanks in large part to a pro bono team at intellectual property firm Fish & Richardson PC.

Trisha Prabhu has three utility patents, one design patent, two trademarks and one pending patent application for her company ReThink, a tool that detects offensive content online and provides an in-the-moment nudge for the user to review whether to post the hateful speech.

ReThink has been downloaded more than 500,000 times and has spawned a global movement of millions of students who are focused on ending cyberbullying.

Half of all children have experienced cyberbullying at least once in their lifetime, according to a survey of 10- to 18-year-olds by the European Commission's Joint Research Centre in 2020.

It really struck close to home ... responding to the sorts of issues we dealt with as parents. 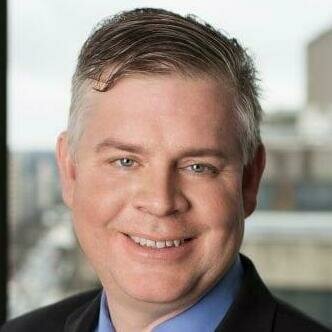 Young people subjected to cyberbullying also face an increased risk of suicide, according to a JAMA Network study in September.

A victim of harassment herself, Prabhu became inspired to take a stand against online hate in fall 2013 at age 13 when she learned about a 12-year-old in Florida who was cyberbullied for over a year and took her own life.

The concept behind ReThink is that if online users, particularly teenagers, realize the impact of their speech, they would reconsider sending a potentially harmful message.

While Prabhu was able to create the technology behind ReThink as a teenager, applying for ReThink's first patent was a whole new challenge.

Thomas Rozylowicz, an attorney at Fish & Richardson, told Law360 Pulse that Prabhu tried to draft and file the patent herself when she was still in middle school before reaching out to the IP-focused law firm for help.

"She had cold-called our director of pro bono," Rozylowicz said. "She knew that Fish & Richardson had a strong program in intellectual property and had called up the head of our pro bono program to see if we would take it on a referral basis."

Ordinarily, Fish & Richardson works with pro bono organizations that refer, vet and screen clients before they are matched up with attorneys at the firm, according to Rozylowicz.

"In my seven or eight years here, I'm just not aware of any other cases where we've taken on a direct appeal from a client when it didn't come through pro bono organizations," Rozylowicz said.

Prabhu's story was particularly meaningful to Rozylowicz, because his children were around the same age as Prabhu and he had dealt with bullying issues as a parent.

"It really struck close to home, dealing with somebody who was directly responding to the sorts of issues we dealt with as parents," Rozylowicz said. "[It] provided a great sense of mission."

Patrick Darno, an attorney with Fish & Richardson, told Law360 Pulse that discussions between Prabhu and the law firm to get the first patent began around late 2015.

"One of the core ideas is that patents essentially protect ideas," Darno said. "The idea that she had that started this whole thing was that it's on the premise that people are good."

The idea that she had that started this whole thing was that it's on the premise that people are good. 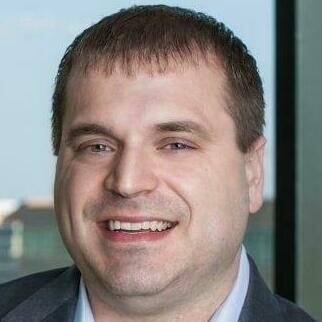 The firm applied for the first patent in 2016, in the wake of the U.S. Supreme Court's Alice

ruling that impacted patent eligibility for technologies. Rozylowicz said that this time period was not an easy environment for software patents.

Following the Alice ruling, Darno said, only certain things can be patented, such as a particular machine or an article of manufacture, and there are bodies of case law that determine whether an invention falls under a particular category.

One of the big roadblocks with Prabhu's patent application was that even though there is a specified computer process, there are certain types of computer processes that can't be patented. Darno said there were arguments with the U.S. Patent and Trademark Office about whether ReThink was patentable.

And then there was the challenge of working with a solo inventor, particularly one at a young age.

Darno said Fish & Richardson usually works with inventors from large companies that have robust in-house legal departments who are able to properly disclose the entire invention process, including information on the inventors and past improvements of the product.

In this case, the attorneys at Fish & Richardson had to work with Prabhu to get those specific details of the invention.

While it was a challenging application process, Fish & Richardson was able to secure the patent for Prabhu after the USPTO declared her invention valid.

Fish & Richardson has been instrumental to ReThink's work to pursue innovative ideas to build a better digital world. 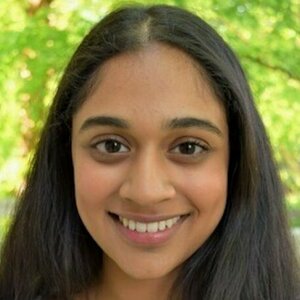 For almost a decade, Fish & Richardson's attorneys have worked closely with Prabhu. Rozylowicz said the firm has helped her understand the significance of patent protection and how to use patents to realize business objectives.

Fish & Richardson has filed additional patent applications over the years for ReThink, claiming different angles of Prabhu's invention. Darno said the most recent patent, which relates to different variations of the process to detect and screen online messages before delivery, was issued in August.

"Fish & Richardson has been instrumental to ReThink's work to pursue innovative ideas to build a better digital world," Prabhu said in an email to Law360 Pulse. "With the pro bono counsel and support of Mr. Rozylowicz and Mr. Darno and their belief in our work, we've made progress towards the internet that every young person deserves."

Darno said he's developed a close relationship with Prabhu's parents, receiving text messages from her mother when Darno's kids were born and boxes of cookies each Christmas.

"It's a relationship that you don't often get with a lot of clients," Darno said.

In 2016, ReThink went on the television show "Shark Tank" and received a $100,000 investment from Mark Cuban and Lori Greiner. ReThink has since grown to be more than just an application, with hundreds of schools starting local ReThink chapters to stand up to cyberbullying.

"I think we'll see more from ReThink in the future," Rozylowicz said.