What States Can Learn From Illinois To End Rape Kit Backlogs

Illinois earlier this month became the 17th state to clear its backlog of nearly 2,000 untested rape kits, after years of work that was crippled by setbacks and budget constraints.

Gov. J.B. Pritzker announced on June 3 that the state achieved this victory by hiring more personnel for the Illinois State Police's Division of Forensic Science, using robotics to reduce kit processing time, and implementing new software in its laboratories.

Pritzker said in the announcement that when he took office, nearly 2,000 sexual assault forensic exams had been waiting more than 180 days to be processed.

The Illinois Sexual Assault Evidence Submission Act, enacted in 2010, mandates rape kits are processed within 180 days. However, ISP hasn't been in compliance with this law until now because of a lack of sufficient resources.

"When I came into office, my administration made it our mission to support survivors in pursuit of justice," Pritzker said in a statement.

According to the End the Backlog campaign, a national initiative seeking to have all rape kits tested, 16 other states and Washington, D.C., have eliminated their rape kit backlogs. The states that have ended their backlogs are Oregon, Idaho, Nevada, Utah, Arizona, Colorado, Kansas, Wisconsin, Michigan, Ohio, Kentucky, West Virginia, Virginia, Connecticut, Florida and Hawaii.

For states that are still working to end their backlog, here is what they can learn from Illinois.

One thing that states can learn from Illinois is to acknowledge that rape kit backlogs are a problem for survivors, according to Carrie Ward, executive director of the Illinois Coalition Against Sexual Assault.

In 2015, former Illinois Attorney General Lisa Madigan created a joint sexual assault working group to address statistics that showed the vast majority of survivors were not reporting their sexual assault to law enforcement authorities in the state.

The working group participated in drafting S.B. 3096, which was passed in 2016 by Illinois lawmakers. Changes in the legislation include allowing survivors to request updates on the status of testing of their rape kits and extending the period of time that survivors have to consent to testing of their sexual assault forensic evidence from 14 days to five years after the attack.

She noted that acknowledging the problem doesn't mean states have to blame someone for it.

"If survivors are waiting a long time, or DNA is not being processed, or, even worse, if rape kits are left untested or unattended, those things are all bad for survivors," she said.

I almost hate to say it, but the pandemic itself helped us because we realized that we had to do things differently. 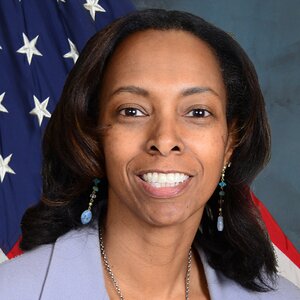 Hiring additional forensic personnel to process DNA evidence was crucial for Illinois to eliminate its rape kit backlog, according to the governor's office.

Ward noted, however, that hiring more forensic scientists to test DNA evidence is not enough to end rape kit backlogs.

"If other people are retiring at a higher rate, you don't have a net add of people that are coming on board, or if training takes too long, then you've got people, but they aren't prepared to do what they need to do to process the kits," she said.

Another step that Illinois took to clear its rape kit backlog was to work with consulting firm Illuminative Strategies Inc. to identify inefficiencies and fix them, according to ISP forensic services division deputy director Robin Woolery.

In addition to working with Illuminative Strategies, Woolery said that they adopted the mindset that they need to be continuously improving their operations and finding ways to be more efficient.

"I almost hate to say it, but the pandemic itself helped us because we realized that we had to do things differently, and we no longer had the constraints because when the larger part of your workforce is working from home, you have to figure out, 'How do we make it work?'" she said.

We now can pinpoint where [rape kits are getting backlogged], and then we can do some institutional workaround. 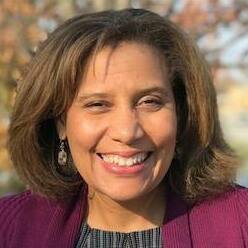 In 2020, the ISP launched an online rape kit tracking system called CheckPoint that allows survivors to monitor the progress of their forensic evidence from collection to lab testing and state prosecutors' receipt of results.

Ward told Law360 in a recent interview that the ISP's implementation of CheckPoint was a significant development because it gave forensic labs the ability to tell survivors where in the testing process their rape kits are.

"We now can pinpoint where [rape kits are getting backlogged], and then we can do some institutional workaround, what do we need to do to get that organization to move it forward," Ward said.

Woolery said that the ISP forensic labs have had advanced robotics for DNA evidence testing since 2012, but the labs had been unable to maximize their use of them because they didn't have the funding to hire programmers to program the robots.

After receiving additional funding and hiring programmers, the state police completed validation and implementation of its robotics at three of its largest laboratories in early 2020, according to the ISP.

The state police was also able to speed up its processing of DNA evidence by implementing a new laboratory information management system, or LIMS, designed by forensic lab software provider Porter Lee Corp., in December 2018.

"The LIMS systems allowed the ISP to move to a paperless system for the acceptance of evidence, tracking of evidence, documenting of case findings, and reporting of results to law enforcement agencies," the ISP said.