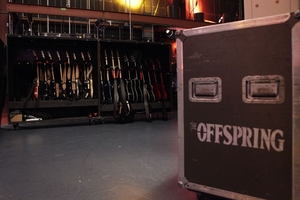 Bystanders called 911 and someone went into the courtroom, where Lilja was sitting with his attorney and his nurse assistant, to inform them that there was a medical emergency. Lilja and the nurse rushed to the scene and took the man’s vitals.

After the incident, the plaintiffs’ attorney, Robert G. Schock, asked Alameda Superior Court Judge Ronni MacLaren to order a mistrial, arguing that all of the potential jurors witnessed Lilja help the man and that they are now biased against his clients.

Judge MacLaren commended Lilja and the nurse for potentially saving the prospective juror's life and noted that it was an extraordinary situation. But she said she thinks all of the jurors have likely been impacted by the day’s events and the bias is “incurable.”

Marsh later told Law360 that he thinks the judge’s ruling was appropriate considering what happened. He also praised Lilja and the nurse for putting aside litigation and honoring their Hippocratic Oath by helping someone in need, even though the mistrial delays the resolution of the case.

Lilja performed with the band between 1984 and 1987 and played on their debut album before going to the University of Pittsburgh School of Medicine, according to the band’s website. He also co-wrote the song "Beheaded," which appeared on the band’s self-titled album that has won multiple music industry awards, the site said. Since 1984, The Offspring has released nine studio albums and sold more than 36 million albums worldwide, it said.

“No good deed goes unpunished,” Lilja said when he heard that there was likely going to be a mistrial because he helped the potential juror.