A new program in Charlotte, North Carolina, to help low-income residents with potentially crippling legal problems is mobilizing attorneys from not only BigLaw but also corporate legal departments, including the top lawyer for one of the world's largest financial institutions.

Launched in September, Charlotte Triage partners with two legal service organizations to provide assistance in high-need areas and was spearheaded by both McGuireWoods LLP and in-house attorneys in Charlotte businesses, including Bank of America general counsel David G. Leitch. Leitch has also stepped forward to take one of the program's first cases, defending a client in an eviction action.

"As lawyers, this is a problem we can do something about," Leitch told Law360. "There is no doubt that our choice today to participate in Triage will positively impact lives — including not just the lives of our clients but our own lives as well."

At McGuireWoods, pro bono tends to focus on helping individuals rather than targeting specific policies or setting new precedent, according to Tracy Walker, the firm's managing partner. The Charlotte Triage program, he said, is a way for the firm to scale up that commitment by providing key services that can have a big impact on people's lives but that are rarely profitable for attorneys to take on.

"We live in an increasingly complex world and there is an increasing need for legal services across every sector of society, including those who can least afford it," Walker said. "The need for pro bono keeps increasing year over year."

The program is unusual for the way it expands the pool of potential pro bono volunteers, tapping into corporate legal offices that often have lower pro bono participation than big firms do, according to McGuireWoods and the Charlotte Center for Legal Advocacy, which works with Triage along with Legal Aid of North Carolina. 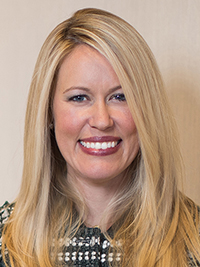 "What Triage has done here in Charlotte is tapped into a huge network of attorneys who maybe have never done pro bono work at all," said Angela Zimmern, who coordinates the Charlotte Triage program. "If you want to get involved and you don't really know where, it's great to have a project like Triage where the legal service providers have said, 'These are the areas of most acute need.'"

The firm reports that while the Richmond program signed up 300 volunteers during its first year, Charlotte had 200 sign up at the kickoff event in early September.

Using that army of attorneys, the Charlotte and Richmond Triage programs were designed to lighten the load for overburdened civil legal service offices, according to Scott Oostdyk, the McGuireWoods partner in charge of pro bono.

"Legal aid [due to budget cuts] are not able to attract lawyers into their causes," Oostdyk said. "They can't go to large law firms, hold seminars, train people and deploy them. They just don't have the resources for that. So we all decided to get together and basically become self-training and self-deploying." 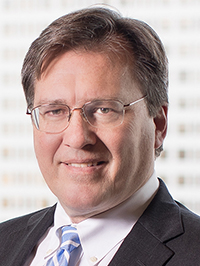 There was also a clear need for pro bono services in the city, Oostdyk said. Although Charlotte is booming commercially, it ranks low among major cities in upward mobility, "which means there's a lot of people trapped at the bottom," he said.

The program chose to focus on the types of cases legal help identified as most in need of support: eviction cases; helping people expunge criminal convictions, which can make it hard to find work; and health care enrollment.

Kenneth Schorr, the executive director of the Charlotte Center for Legal Advocacy, said those areas help fill gaps in the services his organization and Legal Aid of North Carolina provide. Health care enrollment in particular has had trouble, he said, because of funding issues.

"The funding that we get to do that work from the federal government has declined significantly and has become unstable," he said. "This year, we didn't know until August if they would fund it at all."

The timing makes it difficult to plan and to put together a program before open enrollment begins in January. Triage, however, creates a stable base of volunteers to act as health care navigators — who shepherd consumers through the enrollment process and then help them stay enrolled — alongside the five paid staff navigators at the center.

Julieanne Taylor, a navigator with the center who coordinates with the Triage program, said she has been pleasantly surprised by the interest the program has attracted and the follow-through, especially among those who signed up to be certified as navigators.

"In my experience, when you're recruiting volunteers and you give them all this stuff to do up front, you lose them," she said. But that hasn't been the case so far. When the program launched, 36 people signed up as interested in being navigators. Since then, 34 of them have completed the training and been certified.

The center is asking each volunteer to take a minimum of 10 one-on-one enrollment appointments during the 45-day open enrollment period, which Taylor says will make a big difference.

Last year, nine staff navigators and one volunteer hosted over 700 appointments, she said, and by the end of open enrollment they were having to tell people to register on their own, instead of helping. This year, with Triage, they hope to see everyone.

McGuireWoods has no current plans to launch another Triage program, though pro bono continues to be an important part of all of its offices, both in the U.S. and abroad. Right now, Oostdyk said, the focus is on shoring up the two programs already in place and ensuring they're both self-sustaining.

"We have a really core group of dedicated pro bono volunteers in Charlotte already, but I'm just imagining the transformative impact that would have if we could expand that outside of that core group," Oostdyk said. "This project has the potential to do that."