Senior Service: How Retired Attys Are Battling The Justice Gap 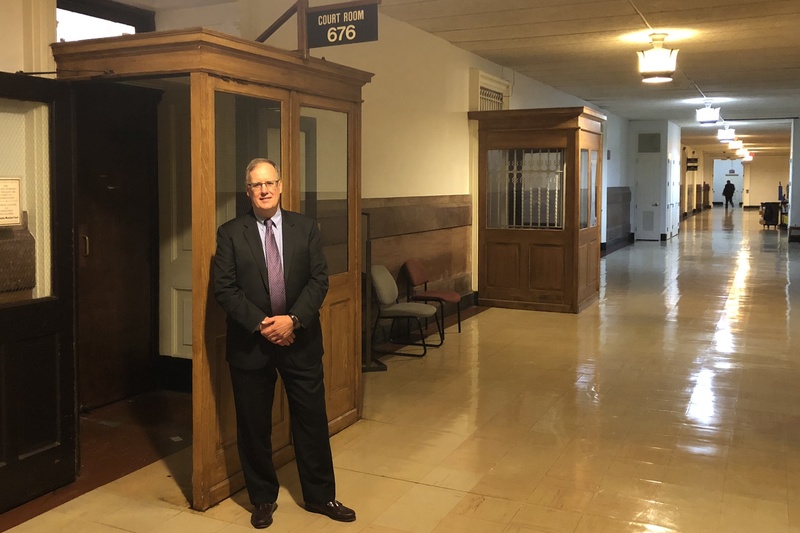 
After three decades as an in-house attorney for GlaxoSmithKline, Donald Parman was no stranger to complex legal work, but the job hadn't exactly prepared him for this: a 90-year-old widow fighting to stay in her West Philadelphia home after falling behind on a loan she and her late husband had taken out to repair a leaky roof.

The couple kept up with the loan payments as long as they were both alive, but when her husband died the woman saw her Social Security income slashed and she found herself under water in a different and more dire way, according to Parman.

After about four months of negotiation with the lender's counsel, Parman said he managed to strike a deal to spread the remaining loan payments.

"There was so much gratitude and relief on her part that it made me feel as good as anything I'd done for GSK," he said.

Parman had taken on the case in 2009 as a volunteer with Philadelphia VIP, a pro bono provider of legal aid that GSK's in-house attorneys had started partnering with before his retirement as a vice president and associate general counsel a decade ago. After giving up his full-time job, Parman decided to double down on his commitment to the group.

"I found my work as GSK very rewarding, and a lot of that was because I was doing a lot of complicated transactions and there's a lot of satisfaction in problem solving," said the 68-year-old Parman, who has handled more than 100 cases over the course of his work with the group. "Now there's a real satisfaction in seeing the direct impact you can have on people's lives in this pro bono work."

Following the lead of more than 40 other states, the Pennsylvania judiciary is hoping to push more practitioners like Parman into post-retirement pro bono work with the adoption of a new rule reducing licensing fees and easing continuing legal education requirements for attorneys who agree to pair with legal aid providers.

The program speaks to a broader recognition by bar groups and legal aid providers of the role retired attorneys can play in filling the justice gap. And the need is there: in Pennsylvania alone, only an estimated 60 percent of applicants to legal aid programs receive sufficient resources to resolve their cases.

"They are a great help," said Sam Milkes, the executive director of the Pennsylvania Legal Aid Network. "If a retired lawyer handles two cases or three cases or five cases in a year for us, those are people who would not have gotten help otherwise."

At the beginning of May, the Pennsylvania Supreme Court gave its blessing to the newly created rule allowing attorneys who are on retired status to apply for a newly created "emeritus" designation that would see them partner with an eligible legal aid organization.

In return for their commitment to providing pro bono services, emeritus attorneys would be able to renew their licenses for an annual fee of $35, rather than the usual $225 for active attorneys or $100 for inactive attorneys. They are also on the hook for four fewer hours of continuing legal education.

Pennsylvania's rule follows the general contours of the 42 other states that have adopted rules to encourage pro bono practice by retired attorneys: reduced or waived dues and continuing legal education requirements.

The rules in the various states with emeritus programs also generally require attorneys to link up with a certified legal services program, rather than offering pro bono services individually, so they can receive coverage under the group's malpractice insurance.

Currently, only seven states — Indiana, Louisiana, Michigan, Missouri, Nebraska, Oklahoma and Rhode Island — have no rules on the books regarding pro bono practice for retired or inactive attorneys.

David Godfrey, who heads the American Bar Association's commission on law and aging, said he'd seen a significant spike in the number of states adopting rules to encourage pro bono practice by emeritus attorneys in the eight years since he started tracking such programs.

Pennsylvania is still waiting for the program to bear fruit, but based on participation figures from other states, it could be only a matter of time before attorneys begin taking advantage of the program.

Even those who have adopted emeritus attorney rules more recently have seen substantial participation figures: a little over 2,000 have signed up under the program that New York began offering in 2010.

"The need is overwhelming, but fortunately the bar is responding," said Fern Schair, who serves as co-chair of the council that oversees New York's emeritus attorney program.

"I certainly know retired attorneys who are doing this, and … the more people we have doing that, the more it builds up and counts," he said.

One such attorney is Steve Krone, 74, who formally retired from his job as a staff attorney with MidPenn Legal Services, a Harrisburg-based legal aid group, at the end of 2012 but who has continued to take cases as a volunteer.

"My wife couldn't stand me around the house, and in order to avoid a lot of extra lawn work, I said what the heck," he said.

While Krone has officially remained an active attorney since retiring, he said he planned on applying for emeritus status next year.

Krone said his volunteer work, which he picked up after a four decade tenure with MidPenn, focuses primarily on landlord-tenant disputes for clients receiving federal housing subsidies.

"There is so much of life, including the lives of poor people, that depends upon different regulations and different laws, and if they don't have the financial ability to find out where they stand legally then that's a substantial part of our system that they can't participate in," he said.

Part of the challenge, however, is transitioning attorneys who may have very specific specialties to handling the sorts of problems typically handled by legal aid groups.

Lauren Ascher, a supervising attorney with Philadelphia VIP who oversees the group's volunteers, said that her organization put a lot resources towards volunteer training.

That training, Schair said, had helped to show some legal aid groups, some of which were skeptical about courting retirees as volunteers, the value of having experienced older attorneys among their ranks.

"It's changed so much that now we get requests from some of these same organizations saying that we'd like an experienced lawyer to help us do this or do that," she said.