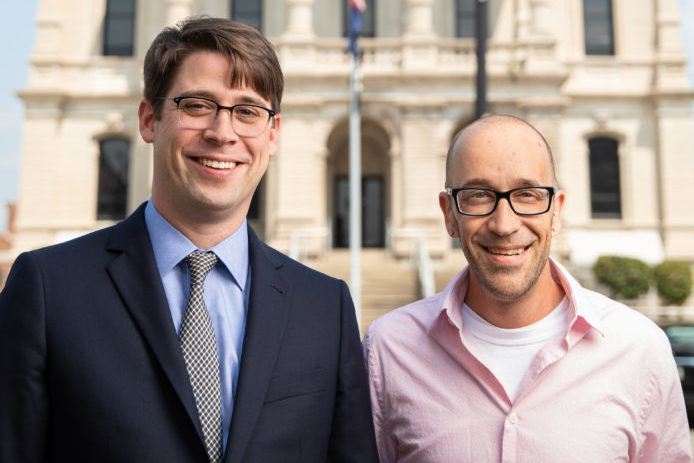 
During recent arguments over a seized Land Rover, multiple U.S. Supreme Court justices challenged, sometimes playfully, the idea that a constitutional protection against excessive fines doesn’t apply to states, giving advocates hope that the high court will limit the reach of civil forfeitures.

The case before the court on Wednesday offered a window into the practice of seizing property believed to be part of a crime, which brings in billions for state and federal governments each year. Organizations like the American Civil Liberties Union and the Southern Poverty Law Center believe many such forfeiture actions are disproportionate to the underlying offenses.

Both groups filed amicus briefs in the case of Tyson Timbs, whose $42,000 Land Rover was seized under Indiana's civil forfeiture laws after he was arrested for selling $400 worth of heroin. The state has argued that, because the Eighth Amendment's ban on excessive fines hasn't been explicitly incorporated against the states, it should be allowed to keep Timbs' SUV.

"What is to happen if a state needing revenue says anyone who speeds has to forfeit the Bugatti, Mercedes, or a special Ferrari or even jalopy?" the justice asked, eliciting laughter from the audience.

He clarified that the forfeited Bugatti would be the car in which someone was speeding, and "by the way, it was only five miles an hour" over the limit.

"There is no excessive fines issue there," said Indiana Solicitor General Thomas M. Fisher. "It's forfeitable."

Timbs, however, disagrees. In 2015, the former heroin addict pled guilty to drug and theft-related charges. He was sentenced to one year of home detention and five years of probation and ordered to pay more than $1,200 in costs and fees.

In the meantime, a private law firm contracting with the state of Indiana filed an action seeking in rem — Latin for "against a thing," not a person — forfeiture of the Land Rover, because the car was used in the crime. A trial judge denied the bid, finding that forcing Timbs to forfeit the vehicle would be a violation of the Eighth Amendment's ban on excessive fines.

The Indiana Supreme Court would later reverse that decision, saying the fact that the U.S. Supreme Court had not expressly applied the excessive fines clause to the states meant it couldn't be used to block the civil forfeiture. Timbs turned to the nation's high court, which agreed in June to hear the case.

On Wednesday, Justice Neil Gorsuch interrupted the Indiana solicitor general's opening argument to "get one thing off the table."

"We all agree that the excessive fines clause is incorporated against the states," he said, answering the official question presented in the case. "You know, gosh, excessive fines, guarantees against them go back to Magna Carta and 1225, the English Bill of Rights, the Virginia Declaration of Rights ... pretty deep history."

Justice Sonia Sotomayor countered, "That is true, but that's because ... up to a certain point in our history, we didn't apply the Bill of Rights to the states."

"If we look at these forfeitures that are occurring today ... many of them seem grossly disproportionate to the crimes being charged," she added.

Later, Justice Neil Gorsuch homed in on the fact that Indiana has already conceded that the forfeiture in Timbs' case was punitive. If taking the car was a punishment, he asked, then isn't it subject to the Eighth Amendment's protection against excessive sanctions?

"It's not whether this particular forfeiture was punitive or not," Fisher answered. "It's a question of whether in rem forfeitures are of the sort that are swept within the excessive fines clause."

"You conceded that it's punitive," Justice Gorsuch told Fisher on Wednesday. "Now it becomes a question of proportionality."

After the hearing, Lisa Foster, co-director of the Fines and Fees Justice Center, told Law360 she was happy to say that "there is no doubt" the excessive fines clause will be incorporated against the states. Foster said she is more interested in what the standard for determining the excessiveness of a certain fine, fee or forfeiture will be.

"In our view ... you have to look at whether it's going to be excessive to this particular person based on these particular facts," said Foster, whose organization joined the ACLU and others as amicus participants in the case.

Justice John Roberts had seemed to indicate he felt the same way, according to Foster.

"Does it make a difference ... what if the person doing this was a multimillionaire?" he asked during arguments. "$42,000 doesn't seem excessive to him."

Timbs' attorney, Wesley Hottot of the Institute of Justice, answered that it does make a difference because forfeitures are "highly contextual." For someone like his client, who was only able to buy the car using proceeds from his late father’s life insurance policy, the loss of a Land Rover may very well be excessive.

"Magna Carta had the principle of salvo contenemento, the idea that you can't take from a man so much that he would become destitute," Hottot said.

Whenever the Timbs decision comes down, Foster said the result will likely be new litigation around the issue of how much is too much, not just for forfeitures but for fines and fees as well.

"I think you will see ... advocates arguing that in particular cases, particularly for low-income people, these are excessive," she said.

A representative for the Indiana state attorney general's office was unavailable to comment on the case Friday.

Representatives for the National Association of Counties, which filed an amicus brief supporting Indiana, did not immediately respond to requests for comment.