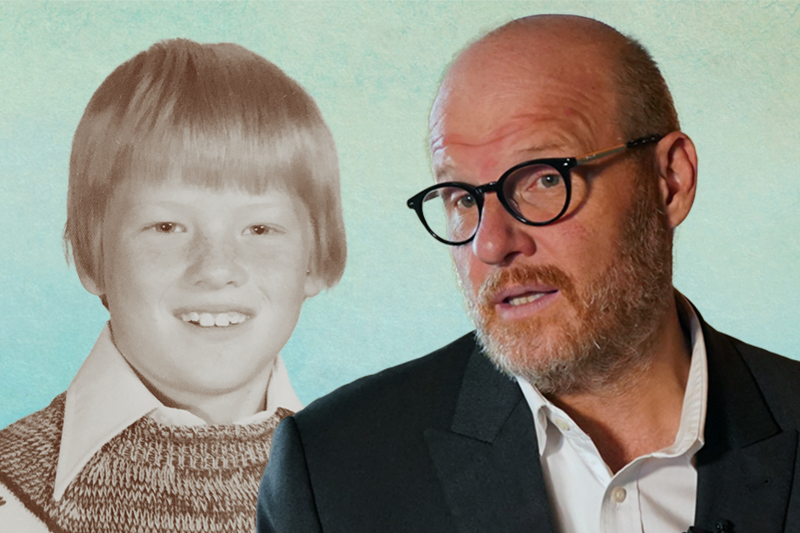 Shaun Dougherty, who was sexually abused by a local priest as a boy, is among those fighting for legislation in Pennsylvania that would create a new window for childhood victims to file lawsuits.


George Koharchik had a reputation as his Johnstown, Pennsylvania, parish's "favorite priest" when Shaun Dougherty met him in 1980 at the age of 10, and the time they spent together started out innocently enough.

But Dougherty said those interactions with his religion teacher and peewee basketball coach were just grooming for fondling and other sexual abuse that continued until Dougherty was 13.

While Dougherty tried to put the nightmare behind him as an adult, he was left feeling helpless all over again after Koharchick was defrocked in 2012 and Dougherty came forward to be interviewed by prosecutors. It was then Dougherty discovered it was too late to pursue a criminal or civil case.

"Even my whole family is never going to really believe what happened; he's going to completely get away with it," Dougherty said.

Now Dougherty is among the abuse survivors who, following a bombshell grand jury report on priest misconduct, have rallied behind a state bill that would extend the amount of time that future victims of childhood sexual abuse can sue and create a two-year window for previously timed-out civil claims. However, that so-called window provision has generated stiff opposition, and the bill is stuck in the state Senate.

Several states have pried open their own temporary windows to hold priests and church higher-ups accountable for decades-old incidents, and also extended the time given to future victims to file suit. But the Pennsylvania fight shows the rocky path that such measures can face before ever becoming law and highlights the fact that victims' potential access to the courts depends on the state in which they live.

Opponents have argued that window statutes can dredge up old, shaky cases that even innocent defendants may have a hard time fighting, and that abuse claims are better handled through victim compensation funds organized by the church. But victims like Dougherty want their day in court and say only lawsuits, and the accompanying discovery, can truly shine a light on clergy abuses.

"The cover-up, and the continued cover-up today, is what really needs to be exposed," Dougherty said. "Nobody is going to be able to depose anybody [through a fund]."


In decades past, the statute of limitations for child sex abuse in many states was two years from the last incident, according to Marci Hamilton, a professor at the Benjamin N. Cardozo School of Law in Manhattan and founder of the nonprofit advocacy group Child USA.

But only a third of such victims come forward during childhood, she said. Indeed, the average victim of sexual abuse won't come forward until he or she is 52 years old, according to Hamilton.

"What the windows have done is they've identified the child abusers that no one knew about, and they have created opportunities for justice to shift the cost of abuse from victims to the ones who cause it," Hamilton said.

Hamilton pointed to the Boston Globe's 2002 report on abuse in the Boston Archdiocese — made famous in the movie "Spotlight" — as a watershed moment for awareness of how common abuse is, and how often it has been swept under the rug.

Since then, nine states have passed some form of window statute, according to Child USA: California, Connecticut, Delaware, Georgia, Hawaii, Massachusetts, Michigan, Minnesota and Utah. Including Hawaii and Michigan, 15 states this year alone proposed extending or eliminating civil and criminal statutes of limitations for child sex abuse claims, Child USA has said.

But any law that erodes statutes of limitations or allows retroactive claims should be a concern, according to Cary Silverman of Shook Hardy & Bacon LLP, speaking on behalf of the American Tort Reform Association.

The ATRA and other opponents of window bills worry that the trend could move beyond child sex abuse cases to other claims, such as personal injury or medical malpractice.

This would open the door to a flood of lawsuits against a wide range of defendants who would be unfairly disadvantaged because they based key decisions, including their record keeping and insurance coverage, on the existing statutes of limitations, according to Silverman.

In Pennsylvania, the issue grabbed new attention after the state attorney general in August released a grand jury report that detailed allegations of sex abuse by more than 300 priests in six dioceses against more than a thousand children dating back decades.

The lawmaker leading the charge for a window statute knows the effects of such abuse all too well.

Rep. Mark Rozzi, D-Berks, said that at age 13, he was abused by Edward Graff, a now deceased priest at his parochial school in Berks County whom the grand jury report said raped "scores of children" during his 45 years with the church.

Opening up the civil courts is crucial because it's the only way for survivors to hold their abusers accountable, according to Rozzi.

"If we could take our perpetrator into a criminal court of law we would do that ... our only other avenue here is through a civil court," Rozzi said.

While the bill won the state Assembly's approval in October, it has stalled amid opposition from Senate President Pro Tempore Joe Scarnati, R-Jefferson County, who Rozzi singled out as blocking the measure.

Scarnati has reportedly proposed a window that would allow claims against individual perpetrators. But the Rozzi-backed bill would additionally expose church officials and dioceses to claims. 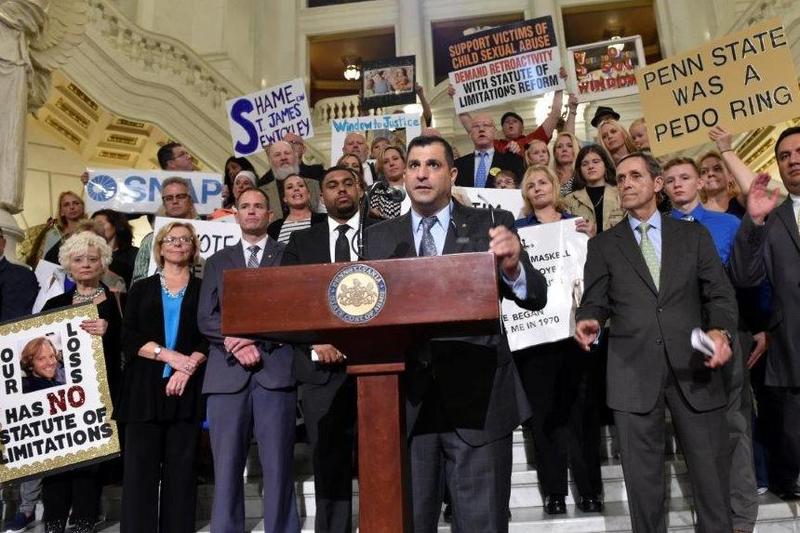 Pa. Rep. Mark Rozzi, D-Berks County, speaks at a news conference this year for the proposed window statute he has sponsored.


Rather than a statute of limitations window, the church itself supports the establishment of an independently administered victim compensation fund.

"We believe an independent panel is the best option, considering a window or reviver of the statute of limitations will inevitably result in bankruptcy for dioceses," the Catholic Bishops of Pennsylvania said in September.

Any such bill could wind up facing a court challenge on constitutional grounds. In the view of opponents, the measure would violate protections in the state constitution against retroactive changes to established defenses, such as a statute of limitations.

In nearby New York, a similar push is underway, with a potentially clearer path forward.

Like its counterpart in Pennsylvania, a bill giving future victims more time to sue and creating a one-year window for expired claims was passed by the State Assembly but stalled in the State Senate this year.

However, the measure has gained new momentum after Democrats gained control of the Senate in last month's elections, according to state Sen. Brad Hoylman, D-Greenwich Village.

"We have 14 new members ... and almost every one of them ran in support of passage of the Child Victims Act," he said.

The impact such statutes can have is apparent in one state that not only opened a window for abused victims but has kept its window open: Hawaii. The state enacted a two-year window in 2014, and added additional two-year periods for claims in 2016 and earlier this year.

Kailua attorney Mark Gallagher said that he's brought 63 cases under the statute of limitations widow against the Roman Catholic Church, Boy Scouts of America, private schools and other organizations. These cases all settled before trial, Gallagher said.

Gallagher's former client Troy Franks said that being able to bring a civil suit brought him a measure of peace. Franks, 51, said he was 7 years old when he was abused by Joseph Ferrario, a priest at St. Anthony School in Kailua. Ferrario went on to become the bishop of Honolulu. He died in 2003.

In 2013, Franks filed suit, and he ultimately received a $1.2 million settlement, he said. Franks said he served almost 13 years in prison for multiple driving under the influence convictions, but seeing someone held accountable for his abuse was necessary for him to turn around his life.

"I could come out, I could meet other people who had this done to them as well, and I could speak out actually to my family members," Franks said.

While New York may soon join Hawaii, the political picture isn't as rosy in Pennsylvania, according to G. Terry Madonna, director of the Center for Politics and Public Affairs at Franklin and Marshall College.

"Typically, these issues fade over time," he said.

Dougherty is now a father and owns a restaurant in Long Island City, New York, but regularly travels to Harrisburg to advocate for the law.

He said that no matter the results of the November election, he and other victims pushing for the window statute aren't giving up.

Daniel Siegal is a senior trials reporter for Law360. Editing by Katherine Rautenberg.