James Binnall, an attorney and professor at California State University in Long Beach, was thrilled when he received a call for jury duty and a chance to feel “normal” again. 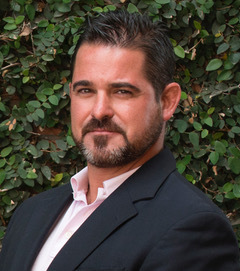 James Binnall, a licensed attorney in California, was barred from serving on a jury due to a prior conviction.

Having served a little over four years in maximum-security prisons for DUI homicide in a crash that killed his passenger, Binnall showed up to the San Diego courthouse on the designated day and filled out a juror qualification questionnaire. But there was a problem: a question asking whether he’d ever been convicted of a felony.

He answered “yes” — and was subsequently deemed ineligible for jury service.

“I expressed surprise to the clerk and said, ‘Well, you know, look, I’ve tried cases here in this courthouse as an attorney,’” Binnall told Law360, recalling his disappointment. “‘What do you mean I can’t serve on a jury?’”

Such is the standing of felons in most American courts: 28 states and the federal system permanently bar them from serving as jurors in criminal or civil matters. Another 21 states restrict felons from jury duty until the completion of their sentences, including probation and parole. Only one state, Maine, allows felons unequivocal access to juries.

But opinions on what rights felons should have are changing, as demonstrated by Florida voters who last month approved the restoration of voting rights for most convicted felons. Within weeks, legislators in Kentucky and Iowa — the only remaining states with lifetime voting bans for felons — began discussing similar reforms.

According to New York State Senator Brian Benjamin, that momentum should be harnessed and applied to the jury box. The Harlem representative on Nov. 26 proposed a bill to allow felons on juries, amending a section of the state judiciary law that currently says jurors “must not have been convicted of a felony.”

“That doesn’t make any sense to me,” Benjamin told Law360. “If someone’s served their time … that means that we as a society deem that they should rejoin society. So why is it that this thing gets held back?”

Research aimed at answering that question has found that excluding those convicted of serious crimes from juries stems from two primary concerns.

For one, courts have repeatedly upheld felon exclusion laws on the grounds that they preserve a jury’s probity, or “moral excellence,” Brian Kalt noted In his 2003 paper “The Exclusion of Felons from Jury Service.” The other primary concern, Kalt wrote, is that felons are believed to be inherently biased.

That was part of the California Supreme Court’s reasoning in 1979 when it upheld a felony exclusion in that state.

“A person who has suffered the most severe form of condemnation that can be inflicted by the state … might well harbor a continuing resentment against ‘the system’ that punished him and an equally unthinking bias in favor of the defendant on trial, who is seen as a fellow underdog,” the court ruled at the time.

“I don’t think those who are convicted of serious crimes should be given the opportunity to later on sit in judgement on cases,” Long said. “They may have a jaded view of the law.”

But Kalt told Law360 that bans on felon-jurors don’t square with those concerns because jury selection is an individualized process that is based “not just on the juror, but on the case.”

“A potential juror who is struck in a slip-and-fall civil case might be perfectly acceptable in a murder case,” he said. ”By the same token, a just-released rapist would not be a very good juror for a rape trial, but someone convicted forty years ago for defacing a gravestone might be just fine for a civil breach-of-contract case. Felon-juror bans ignore this.”

Binnall feels the same way, having published multiple articles on the topic since being denied his own shot at jury duty. He has even tested the standard arguments against inclusion with a mock trial experiment with felon and non-felon jurors.

He found that, during deliberation, felon jurors spoke more often than their non-felon counterparts and were more likely to bring up novel case facts. In transcripts of the deliberations, Binnall noticed that all felons serving on a mixed jury made sure to disclose their criminal record to non-felon jurors. Some even used their experience in the criminal justice system to argue in favor of the prosecution.

With a grant from the National Science Foundation, Binnall has also conducted interviews in Maine to see how that state’s unique felons-as-jurors policy affects convicts and court staff. He said that many felons felt that being allowed to serve jury duty validated their rehabilitation.

“They try to live up to the trust that the state puts in them,” he said. “What I heard were stories about them being these ‘super-jurors.’ They would write on the white boards, they were really into it. I mean, they wanted to serve.”

Many states, including New York, do allow felons to get special permission to serve on a jury, but the process is often complex.

Lucian Chalfen, a spokesperson for the New York Unified Court System, told Law360 that interested individuals can apply for special certificates that may require notary signatures. The form acknowledges, “this is a lengthy process.”

The importance of simplifying jury eligibility, advocates contend, extends beyond the rights of individual felons who have served their time.

In a country where 33 percent of African-American men are estimated to have felony-conviction histories, there is also an argument that blocking felons from juries can restrict diversity.

Benjamin said his bill seeks a “full reflection of a jury of your peers.”

“That includes all kinds of people,” he said. “People who have been incarcerated are part of our peer pool.”