Arthur Davis had spent 33 years in prison for murder when the news arrived: he had been granted a new trial thanks to DNA testing that wasn't available when he was convicted.

The November ruling by Massachusetts Superior Court Justice Maynard Kirpalani noted that the jury was told that blood on items found in Davis' home was consistent with the victim, 23-year-old Patricia S. Richard, who was beaten and left to die in Lowell, Massachusetts, in 1985. However, newly conducted tests showed that could not be the case, and the judge found "a substantial risk of a miscarriage of justice."

The decision was the culmination of nine years of work on the case by the New England Innocence Project and a group of intellectual property attorneys from Finnegan Henderson Farabow Garrett & Dunner LLP. Their efforts were significantly bolstered by a 2012 Massachusetts law allowing for post-conviction forensic testing. 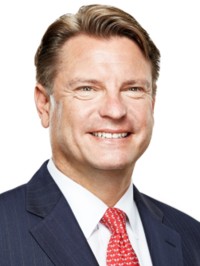 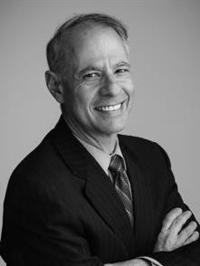 Davis, who was 19 when he was arrested and charged with first-degree murder, has always maintained his innocence and was taken aback by the judge's decision, Finnegan patent partner Christopher Schultz said.

"I think there was significant disbelief when I told him," he said. "After 33 years, I think he was expecting more bad news. So it's fair to say he was shocked."

Schultz said that shifting from patent law to criminal law was a challenge, as the Finnegan attorneys read many state law cases about DNA testing and the standards for a new trial. But approaching a murder case with the science-based mindset of patent law proved helpful, he said, noting that the firm has several attorneys with Ph.D.s who helped direct the DNA tests and interpret the results.

"Given that all the legal arguments had been made and rejected on appeal, I think it called for an analytical approach whereby we really needed black-and-white scientific evidence that showed Mr. Davis did not commit this crime," he said.

It all began in February 1985, when Richard was beaten and left for dead on the steps of Lowell City Hall in below-freezing temperatures overnight. Davis, who lived nearby but had no known connection to Richard, was arrested for the crime.

The centerpiece of the prosecution's case against him was the contention that blood found in Davis' home matched Richard's blood type, and that saliva on a cigarette found at the crime scene could be tied to Davis. A jury convicted him in 1986, and his conviction was upheld by the state's highest court in 1988.

After Davis' motions for a new trial or for a writ of habeas corpus in federal court were denied over a period of many years, he sought the help of the New England Innocence Project in 2009. David Siegel, a board member of the group who is a professor at New England Law school, had seven of his students look into the case.

The students researched court records, talked to witnesses and visited the crime scene, conducting "the kind of shoe-leather investigation that lawyers don't get a chance to do very often," Siegel said.

They determined that the physical evidence in the case could be subjected to forensic testing that was much more discriminating than was possible in 1986. At the time, blood type, rather than DNA, was used to make connections.

The students also identified potential problems with how Davis was interrogated, so the project took on the case and in 2010 retained Finnegan, which had about a dozen attorneys work on it over the years in a pro bono capacity.

Since Davis' conviction had been upheld and he had exhausted several other appeals, "it was a real uphill challenge when we took the case over, to say the least," Schultz said.

A turning point in the case came a few years after Finnegan began its work, when Massachusetts enacted a law to give people convicted of crimes greater access to DNA testing of evidence.

"The law enabled Mr. Davis and us to find evidence that for a long time the government said didn't exist or they couldn't find, and to get it tested over the government's objections," Siegel said. "That would have been really difficult if not impossible without that statute."

It took some time to track down the actual evidence, since at the time there were no standard storage procedures once a trial was over. The items taken from the Davis' home and the cigarette from the crime scene ended up in a cardboard box in the Lowell clerk's office.

"It took us asking enough times to make someone actually look for it, which is when it was finally located," Schultz said.

The judge granted Davis' motion to allow DNA testing in 2013, an outcome Siegel credits to the way the DNA testing law focuses the thinking of judges on the larger question of whether justice has been done, as opposed to what has already happened in the case.

"That can completely change the understanding of the case," he said, because "you can more accurately litigate the overall evidence in the case without the filter of the prior conviction being affirmed on appeal."

When testing lab Cellmark completed its work on the DNA evidence in 2015, the prosecution's forensic theories were left in tatters. The DNA in the blood on Davis' items did not match Richard, and the DNA on the cigarette did not match Davis.

"The real result of the DNA testing here was that the physical evidence was virtually wiped out," Schultz said.

The Finnegan attorneys moved for a new trial for Davis, citing the DNA evidence as well as what they described as improper interrogation tactics by the officer who arrested Davis, Roger Lamothe. The officer, who was later dismissed from the force due to misconduct in other cases, claimed that Davis confessed after a marathon one-on-one interrogation.

Davis refused to sign the purported confession, and his attorneys argued that it contained numerous inconsistencies and that Davis had been diagnosed with personality and developmental disorders that made him prone to making up stories to get attention.

Judge Kirpalani concluded that since he found the DNA evidence warranted a new trial, it was not necessary to consider the evidence about Davis' mental disorders or the alleged problems with the interrogation to resolve the motion.

In late December, the Middlesex County district attorney's office filed a motion asking the judge to reconsider his decision. If that motion is denied, it could then appeal the order granting a new trial.

But for now, Davis has new momentum in his push for an exoneration.

During the lengthy process of working to secure a new trial, visits from the attorneys to discuss the case helped keep Davis going after decades of professing his innocence from prison, Schultz said.

"I think he's functioned as anyone could be expected to under the circumstances," he said.