As DIY Litigants Crowd The Docket, Courts Step In To Help 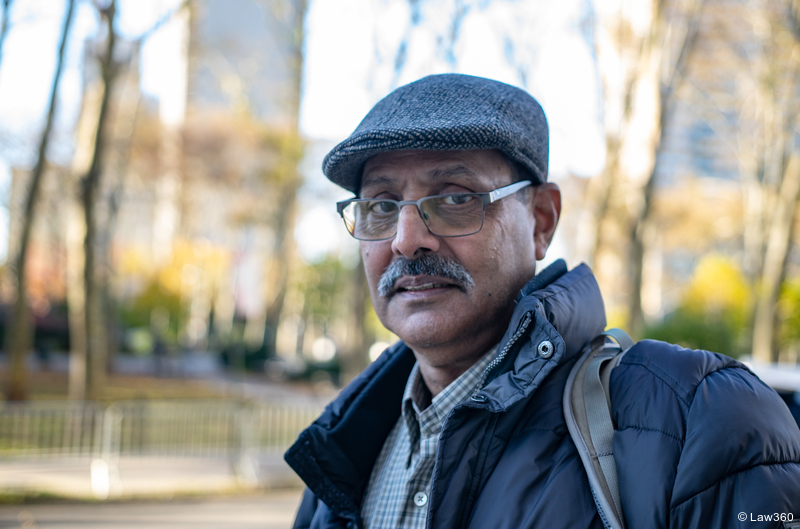 Tarikul Khan is one of the lawyerless litigants who has received help from the Eastern District of New York's legal assistance clinic with his case. Such programs appear to be growing in popularity among federal courts. (Cara Salvatore | Law360)

Waiting in a wood-paneled Brooklyn courtroom for the first hearing in his lawsuit, Khan was watching U.S. Magistrate Judge Lois Bloom grill a plaintiff also representing himself, in an unrelated matter, about his failure to hand over evidence.

When he eventually stepped before Judge Bloom, though, the judge's first remark was about how Khan's complaint for disability benefits was unexpectedly shipshape.

Khan, 68, wouldn't have been able to create that document without behind-the-scenes help from a key consultant.

"Ms. Cat made this. She did help, everything," Khan told Law360 in the court cafeteria before the Nov. 8 hearing. "I can't make this thing myself. I finished high school only, no college — a little bit of college. I have nothing like this."

"Ms. Cat" is Cat Itaya, the director of the Eastern District of New York's legal assistance clinic for "pro se," or self-represented, litigants; it lives inside the courthouse and is run by the City Bar Justice Center. Khan visited Itaya beginning four months before his first hearing, and over six or eight visits — a couple with volunteer lawyers, but most with Itaya — she digested his story and put together a complaint in language the court could parse.

While they remain rare for now, clinics like the one in the Eastern District of New York appear to be catching on in federal court as a way to aid self-represented litigants, for whom putting together a legally coherent complaint can be an insurmountable barrier. 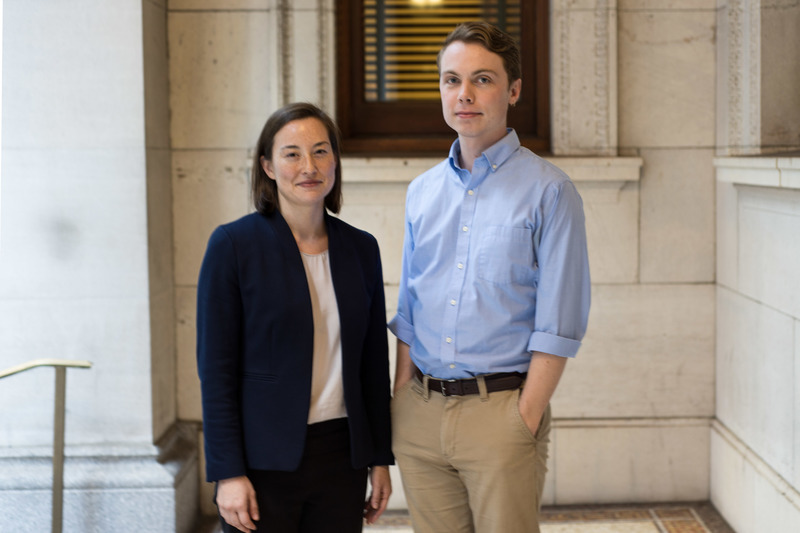 
Programs helping pro se filers have historically been more common in state courts, but there's no shortage of such litigants at the federal level, who often go it alone because they can't afford legal counsel or their cases aren't worth taking on from an economic standpoint. In federal court, pro se cases are about 25,300 of the 210,100 nonprisoner civil cases open nationwide, according to the most recent data from the Administrative Office of the U.S. Courts.

At least eight federal courts offer full-time or nearly full-time clinics to help pro se litigants, mainly starting within the past few years. For example, EDNY's clinic was founded in 2014, and a similar program run by the New York Legal Assistance Group in the Southern District of New York is about two years old.

"We have assisted any number of litigants who are not particularly good narrators but who do have claims," said Robyn Tarnofsky, who directs the SDNY clinic, "where just helping write down a clear timeline of what happened enabled a complaint to survive a motion to dismiss."

Pro se cases take up "a disproportionate amount of a court's time," Tarnofsky said. The Southern District alone had 1,137 nonprisoner civil pro se cases open as of Sept. 30, 2017, according to court data.

Those realities mean pro se clinics can be a boon to not only litigants but also judges and court staff, according to advocates like U.S. District Judge Edward Chen in San Francisco.

Judge Chen is a main booster of the Northern District of California's own program, one of the eldest at a ripe 12 years old. The program helps 350 to 400 people each year, according to director Kelly Corcoran, and the Northern District's three clinic locations — one inside each courthouse — cost about $367,000 per year to run combined, according to Judge Chen's staff.

When a court has no pro se clinic, the clerk's office and library office can be "besieged" with self-represented litigants wondering about legal advice, Judge Chen said.

"It helps the court staff all around; it helps the judicial process; and it helps the plaintiffs," Judge Chen said, adding that the clinics also help defendants when they wind up dealing with filings that "speak the language they're used to."

Lost in the Legal Maze

Khan's case against the New York Hotel Trades Council & Hotel Association of New York City Pension Fund illustrates just how difficult speaking that language can be for someone who isn't a lawyer.

Khan spent a total of 13 years performing a range of jobs from housekeeping to janitor work in the hotel industry in New York City, interrupted by a nine-year span in Florida. One day in 2014, working at Trump Plaza on one of the few jobs the union had thrown his way in the years after he returned, he was wrestling what he says was a thousand-pound dumpster with a broken wheel. All of a sudden he felt his back twist unnaturally. He was disabled and could no longer work; the Social Security Administration agreed.

But the union denied him the disability pension that Khan claims he has earned, based on his time away in Florida and other factors. 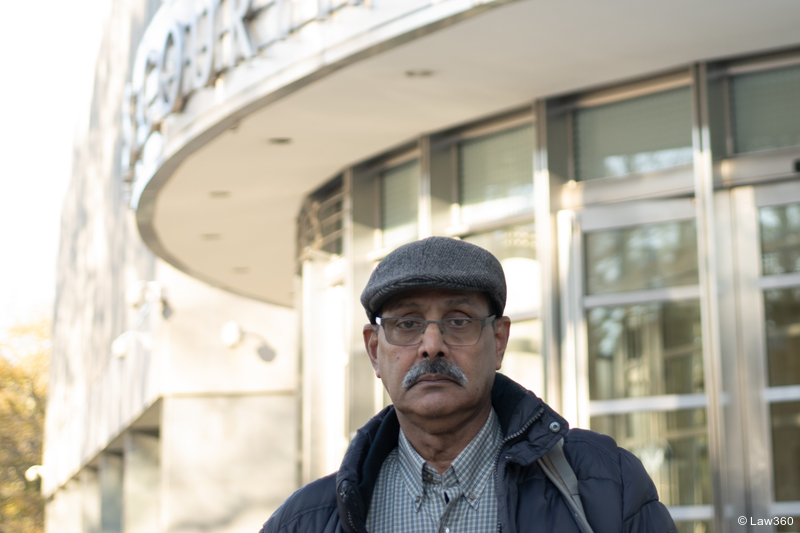 "I can't make this thing myself," Khan, outside the downtown Brooklyn federal courthouse in November, said of his complaint for hotel pension-fund benefits, developed through the assistance of that court's pro se clinic. (Cara Salvatore | Law360)


It's a complicated back story, and also involves workers' compensation, a small annuity that comes from the union as opposed to the union pension fund, Social Security disability, and an unsuccessful administrative appeal with a lawyer who charged $1,500. Khan's been climbing this mountain for at least two years. Finally, four months ago, he got the tip about the clinic and started coming in to tell Itaya his story.

"They are so sweet, this lady — such a good person," Khan said while waiting for his Nov. 8 court date with Judge Bloom. He even had hopes, sitting in the cafeteria, that the other side would offer him a settlement that day.

But that was before the hearing.

Judges in New York federal court are bound by legal precedent and court rules to be especially solicitous and bestow ample benefit of the doubt on pro se litigants. It was clear as the minutes ticked by that Judge Bloom took this extremely seriously. And it was equally clear she believed Khan was going to have a heavy lift.

Still, after a healthy round of questions about the whens and wheres, Judge Bloom started saying things you almost never hear in a courtroom full of lawyer-represented parties.

She spied a lawyer in the pews that she knew, and asked him straight out if he could help find a lawyer to help Khan. Khan was handed the man's card and a promise that his story would be sent out to a listserv.

Next, Bloom turned to the union fund's lawyers, Andrew Midgen and Jane Lauer Barker of Pitta LLP, who had been taking notes furiously the whole time. "Will you please look into whether he qualifies for any other pension?" she asked. They agreed. Then Judge Bloom tilted her chin down and looked over her glasses. "Treat him as if he's a close family friend that you're trying to do a favor for, please," Judge Bloom said.

Support from judges like her is one of the big reasons such programs have been able to get off the ground. And enthusiasm for the programs seems to be growing.

"We've had a lot of projects reach out to us over the past handful of years, trying to get advice about what structure we use ... what information we provide, what's the level of service that we have, how many attorneys are working here, and how do we manage it," NDCA clinic Director Kelly Corcoran said.

However, funding can be a difficult hurdle.

The clinics in New York and the Northern District of California run on funds that come from pro hac vice fees paid by out-of-town lawyers to practice in those districts, but Itaya, Tarnofsky and Judge Chen all noted that other courts with fewer visiting attorneys may have a harder time funding assistance programs.

Corcoran, who's worked at the NDCA clinic since early 2015, says she still doesn't take any funding for granted. But she's also confident that the judges who vote to reauthorize it each year see it as a boon.

In part that's because the clinics persuade some litigants not to sue at all. For example, staff at the EDNY clinic will try to dissuade pro se litigants from moving forward with a complaint when such a case would merit sanctions, lack any factual or legal basis, or stretch existing law beyond recognition, according to Itaya.

Clinic directors who spoke with Law360 say they most often help individuals with cases that would fall under the civil-rights banner: race discrimination, constitutional violations, employment discrimination.

But some clinics do more than provide legal assistance. The EDNY program, for example, has an affiliated social worker in a separate office in the court to help folks who need a point in the right direction for job training, housing, food stamps, Safelink phone service, mental health counseling — "nonlitigation solutions" to "problems caused by poverty and by disenfranchisement," Itaya said.

The nods to poverty and disenfranchisement resonate in Khan's case. He can't work; he is an immigrant whose English is not perfect; he gets about $1,000 a month in Social Security disability; and his rent in Queens is $1,900.

In the hall after the hearing, Midgen and Barker declined to comment, but they chatted privately with Khan briefly.

After they left, Khan looked deflated.

"I'm very upset," he said when prodded. "Nothing happened." He noticed a janitor buffing the floor outside the elevators and pointed. "This is my job. Used to be."

But the suit isn't over; Khan will have more chances. The justice system's movement is more like plate tectonics than the Indy 500. In the end, boosters of pro se clinics like the one that helped Khan stress that the important thing for litigants is that justice be available.

Maybe not "outcome justice," as Judge Chen put it, but "procedural justice."

Correction: A previous version of this story misstated the length of Kelly Corcoran's tenure as director of the Northern District of California clinic. The error has been corrected.