As one of America’s oldest and most renowned intellectual societies, the American Academy of Arts and Sciences has a mission to “address issues of importance to the nation.”

In the latest issue of the 239-year-old society’s quarterly journal Daedalus, out today, that mission tackles America’s access to justice crisis, in which most people with legal problems lack the means to solve them. Featuring two dozen articles from leading law professors, researchers and experts, the issue shines a spotlight on a topic that often gets lost in the din of a nonstop news cycle.

According to the issue’s co-editor, Lincoln Caplan, a longtime staff writer for The New Yorker and previous member of the The New York Times editorial board, the project convinced him that access to justice is a “stunningly invisible issue given its importance in the country.”

“The Affordable Care Act, at its best, benefited about 20 million Americans who needed health care coverage and didn’t have it,” he told Law360. “And that was enormously important for the country ... [but] roughly 100 million Americans have justice issues.”

Caplan knows a thing or two about the national legal infrastructure, having penned six books on law and justice in America over the past 40 years. His contribution to the Daedalus issue makes the case that access to justice “needs champions in national politics, not just in the legal profession and among its allies.”

“My ambition is to help elevate the profile of this issue, to help gain the attention of leaders in politics and media and business and otherwise, to recognize that this is a sustained and shameful national crisis that deserves to be treated as a profound issue in American inequality,” he said.

The publication is part of a larger and ongoing effort of the American Academy to gather information about the need for improved legal access and study innovations to fill the need. Law360 spoke with several Daedalus contributors about the solutions they highlighted in their articles. 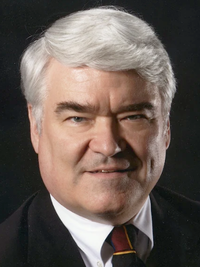 The contribution from Texas’ top judge takes a cue from the classic TV drama of the same name by describing a disturbing situation “set in the murky area between reality and the dark unknown.”

Chief Justice Nathan Hecht paints a dystopian picture of a traveler searching for food in a strange town where restaurants advertise themselves with neon signs but restrict access to the food inside. One place demands a high entry fee; another limits meals to members only.

In the story, Hecht’s hungry traveler never finds something to eat. The metaphor, he goes on to explain, is that many Americans find “justice seems as far out of reach as food for my traveler.”

According to Hecht, the fact that one of the country’s leading intellectual journals has highlighted the access to justice crisis is a symbolic recognition that the crisis is not just a problem to be dealt with by the legal profession.

“For the most part, the issue’s treated almost like inside baseball for lawyers,” he told Law360. “But it really impacts families and communities and taxpayers and economies in profound ways that are important to everybody.”

Hecht’s brief article, appearing at the end of the Daedalus issue, focuses on the bipartisan appeal of increasing the availability of legal aid for the poor. The judge points out that legal aid — which he calls “an American idea, not a liberal or conservative one” — is efficient because “the public gets far more than its money’s worth.”

Hecht, who calls himself “a judge sometimes identified as a conservative” in the issue, acknowledges that funding legal aid has often faced opposition from Republicans, ever since President Ronald Reagan tried to abolish the Legal Services Corp. in the early 1980s. These days, however, he said that restrictions on politically motivated lawsuits have enabled more conservatives to get on board.

“For example, in the Texas Legislature, we have a very conservative legislature and we have strong bipartisan support for public funding of legal services,” he told Law360. “If people’s lives fall apart, the community ends up picking up the tab.” 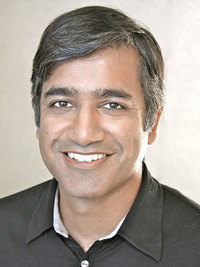 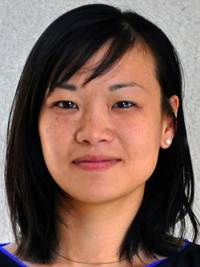 As former co-directors of the Immigrant Rights Clinic at the University of California, Irvine School of Law, Sameer Ashar and Annie Lai propose an alternative to the traditional approaches to the access to justice crisis.

Their Daedalus contribution argues that, instead of focusing on funding for individual casework or impact litigation, those seeking to improve access to justice should conduct “change-oriented lawyering.” They described the practice as one that equips organizers and community groups so that they themselves may identify the causes of systematic disadvantages and work to correct them.

In their article, the two law professors describe how their clinic “resisted the notion that lawyers rather than the people they serve are the ones to achieve justice,” in part because legal processes are often little more than “a means by which the powerful are able to legitimize the system’s outcomes, violent as they may be.”

According to Ashar, who now serves as vice dean for experiential education at the UCLA School of Law, the bipartisan support enjoyed by access to justice solutions like increased legal aid funding actually “forecloses other, more radical possibilities.”

“I think we’re generally wary of the easy political solution, or the one that has the least resistance,” Ashar said. “There needs to be, within the access to justice debate, a bolder, more confrontational, more controversial, and radical effort to try to reallocate resources to support organizing in communities that are marginalized.” 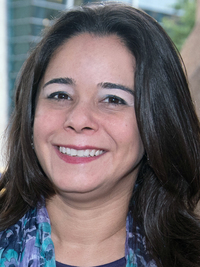 The largest segment of the U.S. lawyer population works in small firms or as solo practitioners, but according to Texas A&M University School of Law professor Luz Herrera, that segment’s contributions to access to justice for modest-income clients are rarely recognized or studied.

She would know, having run her own community law practice for about six years. As someone who grew up in an immigrant community that did not really see the law as an instrument of protection, Herrera said many of her clients were either children of immigrants or immigrants themselves.

“If somebody understands the community that a person’s coming from, they might better understand why they make certain decisions about property or children or other things,” she said.

Herrera’s Daedalus contribution makes the case that efforts to increase access to law and justice “must include the voices of community-embedded lawyers who represent modest-income individuals.”

She highlights two lawyers who have served groups that otherwise might not have been able to access the justice system. One, an immigrant attorney near Los Angeles, estimates he has served more than 6,000 clients, most of them fellow immigrants who needed a lawyer with a shared experience and background. The other focused her practice on clients who made too much money to qualify for free legal aid, but too little to afford the standard hourly rate for counsel.

“This is a type of law practice that really provides the most assistance to everyday folks,” Herrera told Law360. “It’s obviously middle-income, but it's also ... there’s a lot of poor clients that I saw in my law practice that weren’t able to qualify for free legal services for a variety of reasons. And those people need lawyers that they can go to as well.” 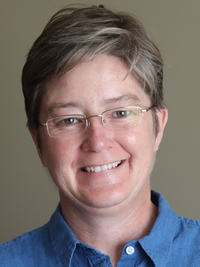 One of the Daedalus issue’s co-editors is Rebecca Sandefur, a sociologist at the University of Illinois at Urbana-Champaign and a recently named MacArthur Fellow. She writes in her contribution that “lawyers are only part of the problem” and “also only part of the solution” to the access to justice crisis.

It’s a familiar refrain from Sandefur, who has established herself as the leading expert in the civil access to justice field over the past two decades.

“Currently, the restrictions on giving legal advice by nonlawyers limit what these people and tools can do, but there's no reason we can't devise new regulations for the practice of law that are about consumer protection rather than about protecting the bar's monopoly,” she wrote in an email to Law360.

Her article also argues that solutions to the access to justice crisis will need to include more than just new services; some of the “so-called legal needs of individuals” are really problems of the legal system itself. As an example, Sandefur points out that most state courts do not require creditor-plaintiffs to show ownership of debt when they file lawsuits seeking to collect; individual debtors must appear and contest the documentation for each debt, leading courts to spend scarce time and money processing hundreds of thousands of baseless claims.

“Our courts don't function well: They are poorly resourced, and they sometimes don't apply the rules that they have themselves devised to govern their own activities,” Sandefur said. “Getting our systems to work as they should would go a long way toward equalizing access to justice.”

She added that the Daedalus issue demonstrates how access to justice is being taken seriously by "serious thinkers."

“Looking over this issue, I see a moment of tremendous opportunity to take action on problems that have been intractable for decades,” she said.