Maddy deLone, the executive director at the Innocence Project for the past 15 years, has a poster-sized photograph of a man named Warith Habib Abdal framed above her desk in lower Manhattan.

The photo shows Abdal, who served 16 years of a 20-year-to-life sentence for a rape he did not commit, kneeling on a prayer rug at a Harlem street corner. He's one of more than 200 people the Innocence Project has helped exonerate using DNA evidence, and his portrait reminds deLone "that people have to have some power that keeps them going." 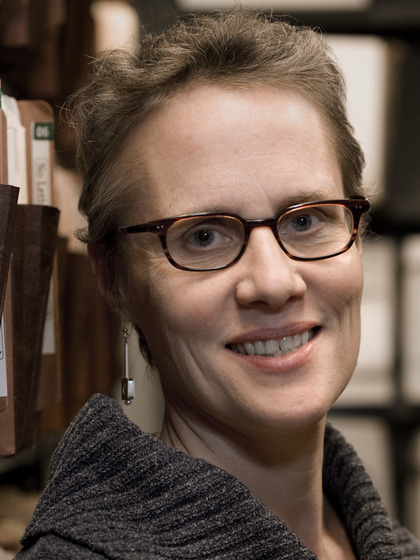 Exonerated men and women are extraordinary people," she said.

A documentary series focusing on the exoneration of another Innocence Project client named Ron Keith Williamson hit Netflix in December, and podcasts like "Wrongful Conviction" have combined with video series like Vice's "Innocence Ignored" to draw even more attention to the ways in which the justice system sometimes puts the wrong people behind bars.

But unlike most true crime podcast listeners or Netflix streamers, deLone is in a position to do more than just spread the word. Her organization, in addition to helping represent those they believe were wrongly convicted, also works in strategic litigation and policy reform efforts.

Here, deLone discusses how awareness of wrongful convictions has risen and what more needs to be done to stop the problem.

How has the conversation around wrongful convictions changed in the past 15 years?

When I came to the Innocence Project 15 years ago, there were very few people talking about criminal justice reform in kind of mainstream circles. There were very few philanthropic people interested in funding criminal justice reform. There was not a lot of public attention in the media, and if it was there, it was all bad news about terrible crimes that people had committed and not yet been convicted of.

How does the support of celebrities help champion criminal justice reform?

When someone like Meek Mill steps in, with the platform that he has in terms of support and fans, and says, "This, too, happened to me," then all of a sudden, you know, another group of people begin to understand.

Reaching as many people as possible is critical to our work. So it's very exciting that we have ambassadors reaching out to different neighborhoods, different communities, different states, different segments of the population in the United States. The more the merrier.

What are some of the reasons that innocent people plead guilty?

One of the reasons at the basic level is that the deal is too good to give up. You can face 40 years or life for insisting on your right to trial, but if you take a plea you can be offered two years of prison time. Over 10 percent of the DNA exonerations in this country were resolved by guilty plea. These are innocent people who pled guilty to crimes they didn't commit. Some of them were facing death, and so in order to have the possibility of life at the end of their sentence, they took guilty pleas.

Some of them were counseled by inadequate lawyers. Some of them had psychological problems and issues that contributed to their lack of understanding and maybe even a false belief that they had committed a crime they hadn't committed — and I think those are cases where there are very serious charges and they have lawyers.

If you go into the misdemeanor systems in many parts of this country, where people don't even have lawyers, you can imagine there's an individual person making the decision about whether or not to go home today, or to go to jail to retain the right to fight about the case maybe in a few days, maybe in a few weeks, maybe, who knows when.

So I think depending on the place and the consequences, it's often that the bargain is too good for an innocent person to turn down. And our feeling is that any system which sets up a bargain where an innocent person is better off pleading guilty than insisting on proving their innocence is a fundamentally flawed system.

What are the key changes needed to prevent wrongful convictions?

We have to do something about racial bias in the system. In all aspects of the justice system, we see a disproportionate effect on people of color and that unfortunately probably starts with a lack of a presumption of innocence from the first moment in the system.

I also think the guilty plea situation must be addressed because as we see it, the guilty plea is sort of the tool that allows the system in this country to operate at the extraordinary volume our criminal justice system operates.

We don't take a stand at the Innocence Project on what's a crime, what's not a crime, what's worth punishment, what's not, what should be handled civilly, criminally. But as a society, we must work that out because what you want to be left with, to prevent wrongful convictions, is a system which can carefully consider each person that comes before it with adequate representation, with the resources for factual investigation, with an opportunity to think about alternative possibilities. And we are so far from having that system that a certain amount of wrongful convictions is inevitable. It should be intolerable.