They all belong to the Legal Services Corp.'s Leaders Council, a body created in 2016 to help raise awareness of America's access to justice crisis. Dozens of high-profile figures from a range of industries belong to the council, using their respective platforms to highlight justice problems in the public eye. 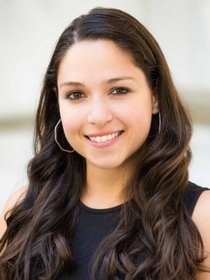 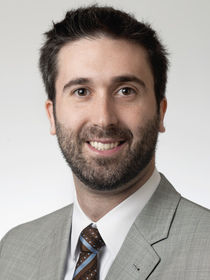 John Levi, LSC's board chair, told Law360 that the group has been a "remarkable" champion for America's largest single funder of civil legal aid. But he noted that much of the Leaders Council is "a generation or two removed" from some of the most exciting access to justice developments, many of which are happening in the legal tech world.

A desire to harness the potential of younger advocates led LSC to announce a new Emerging Leaders Council on Feb. 5.

"We've got to tap into the next generation out there," Levi told Law360. "They have a lot at stake and a lot to offer — they're much more in tune to the use of social and digital media and more adroit at the use of tech. I thought it was time to open the doors and windows on this crisis."

The duo represent the kind of skill sets LSC is looking to attract. Sonday spent more than two years working for the U.S. Department of Justice on international criminal affairs in Central America before deciding to pursue technology and business via Stanford University's Latino Entrepreneur Leaders Program. Now her company Paladin is the pro bono system of record for companies including Lyft, Verizon and Dentons.

"I am actually not a lawyer, which I think is one of the cool things about this council," Sonday said. "We're bringing together skills from all backgrounds."

Robertson, on the other hand, has been a practicing attorney for 12 years, focused primarily on government enforcement, investigations and white collar matters for health care and financial institution clients. In January, he joined other Bradley Arant attorneys in filing an amicus brief on behalf of the National Association of Pretrial Services Agencies, Pretrial Justice Institute and the National Association for Public Defense, supporting a challenge to the money bail process at the U.S. Supreme Court.

"We break down the empirical data in the area to show that money bail is actually not needed to make sure people return for their hearings or to make sure people don't commit new crimes," he said of the brief. "It can be less effective than just releasing people on their own recognizance."

The new Emerging Leaders Council co-chairs said they're excited about getting together with other members. Approximately 30 rising stars from the legal, tech, finance and education professions have signed up to join Sonday and Robertson on the council, according to Carl Rauscher, LSC's communications director. He added that the LSC is open to much more.

"There's quite a diversity of people on the Leaders Council," Rauscher said. "We would be looking with a similarly broad horizon for the Emerging Leaders Council."

The council's advocacy plans are still under discussion, but both Sonday and Robertson mentioned interest in providing congressional briefings, speaking publicly about the value of civil legal aid, writing op-eds, helping with LSC outreach activities and collaborating on ways to expand access to justice for low-income Americans.

"There are some people in tech who will be involved," Sonday said. "Business of course, academia ... folks who may have not historically had such a natural place in the legal aid landscape. It's really exciting to bring all these voices and perspectives to the table."