With Courthouse Arrests, Is Justice Too Risky For Immigrants?

As a Honduran immigrant living without legal status in the Bronx, New York, Rosa is particularly afraid of U.S. Immigration and Customs Enforcement agents — so afraid that she abandoned an opportunity at gaining a visa because it required her to go to court.

According to her attorney, Carolina Guiral Cuervo of the Bronx Legal Services, Rosa could have obtained a two- to five-year protection order against a woman who threatened her last summer, as well as a visa provided to victims of criminal activity, if she attended a fact-finding hearing and convinced witnesses who saw the threat take place to testify on her behalf.

In 2015, I could tell clients with certainty that 'you can go to court and nobody's going to go after you.' I can't say that anymore. 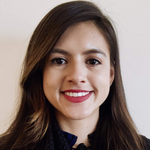 "I understood about the visa," Rosa told Law360, reflecting on the days leading up to her decision to drop the case and her best shot at legal status. "But I couldn't sleep because I was fearful to go to the courthouse."

Cuervo said her client, who spoke on the condition of anonymity, is just one of many whose decisions to ditch their cases was attributable to reports that ICE is increasingly using courthouses as staging grounds for enforcement actions.

"In 2015, I could tell clients with certainty that 'you can go to court and nobody's going to go after you,'" Cuervo said. "I can't say that anymore."

The change in New York came two years ago, according to a report by the Immigrant Defense Project, when ICE arrests in and around courthouses leapt from 11 in 2016 to 159 in 2017. In late January, the IDP said such arrests increased again, to 178, last year.

Other states have also seen upticks. In Pennsylvania, the Temple University Beasley School of Law reported in January that ICE courthouse arrests occurred in 13 different counties; anecdotes of similar arrests in California, New Jersey and Washington have previously led all three states' respective chief justices to call for an end to the practice.

As a result of the increasing use of courthouse arrests, legal aid attorneys across the country have reported dips in the number of immigrants pursuing cases over wage theft, domestic violence and workplace sexual assault.

The Temple report said 77 percent of surveyed Pennsylvania lawyers and legal services agencies reported their clients "expressed fear ... or chose not to pursue a case because they may be arrested or detained by ICE."

Jennifer Lee, a Temple law professor who supervised the report, said the Obama administration had also allowed courthouse arrests. But the pervasive fear of courthouses among immigrants didn't really begin until after President Donald Trump took office, when the pace of enforcement actions exploded upward.

"In our survey, we talked to advocates and folks who work with immigrants who said that fear was an increased problem in people using the court system," Lee said.

Despite concerns from police, prosecutors, judges and defense attorneys about the chilling effect that courthouse enforcement actions have on immigrants' access to justice, ICE officials in October 2017 said the courthouse arrests would continue. In early 2018, the agency released a directive saying that using courthouses can reduce safety risks because those inside are typically screened for weapons upon entry.

"Courthouse arrests are often necessitated by the unwillingness of jurisdictions to cooperate with ICE in the transfer of custody of aliens from their prisons and jails," the directive stated.

The agency website currently states that officers will focus specifically on those with criminal convictions. And an ICE official in New York told Law360 that these arrests generally happen outside of courthouses, rather than within the walls.

Figures from the New York State Unified Court System back that up: Spokesperson Lucian Chalfen told Law360 that, though the IDP reported 178 arrests "in and around" courthouses in 2018, only 26 arrests physically occurred inside New York State Courts last year. According to the NYSC figures, inside-courthouse arrests actually decreased from 54 in 2017.

The ICE official, speaking on background only, also said courthouse arrests are targeted — meaning that nontargeted aliens who may also be in the vicinity are usually left alone.

But the reports from Pennsylvania and New York detail several incidents that involved nontargets being swept up into custody or which took place in noncriminal courts. Terry Lawson, director of the family and immigration law unit at Bronx Legal Services, said such actions intimidate not only victims but also potential witnesses and family members.

"The family court in the Bronx is in the same building as a criminal court," Lawson said. "They are being forced to choose whether to get an order of protection [by] going to a building that is frequented by ICE officers."

ICE would not confirm or deny any of the alleged arrests at noncriminal courts, but an official did note the agency's courthouse arrest policy only covers arrests inside a courthouse; outside areas do not have the same protections. New York court protocol requires law enforcement to identify themselves upon entry to a courthouse but is also silent regarding the areas around courthouses, leaving them free for staging surprise arrests.

"They are not always identified, sometimes they wear plainclothes, they have unmarked vans," Lawson said. "The community has often reported that they believe someone is being kidnapped."

Lee Wang, a senior staff attorney with the IDP, added that arrests outside a courthouse routinely begin with surveillance from inside the courtroom.

"Often, they're sitting in the back of a courtroom waiting for someone's name to be called, checking out if the photo they have of the person physically matches the name they have," Wang said.

Growing resistance to courthouse arrests has spawned public defender walkouts in New York and court-watching programs in New Jersey, among other actions. In December, dozens of former state and federal judges asked ICE to add courthouses to its list of "sensitive locations" that are generally avoided, an idea that was also proposed in an April 2017 U.S. Senate bill sponsored by Sen. Richard Blumenthal, D-Conn.

California Attorney General Xavier Becerra in October published a policy guide to be adapted by all California state courts, requiring that ICE officers obtain a judicial warrant to enter courts. In most cases, immigration officials only have administrative warrants that lack judge signatures.

But Dan Cadman, a retired ICE official and fellow at the Center for Immigration Studies, called the California rules "absurdly restrictive and designed to obstruct access by ICE agents to aliens whom they have come to arrest," in an October CIS post. He added that Becerra's rules violate national sovereignty by imposing on the supremacy of federal power in immigration matters.

"His actions are more the conduct one might expect in authoritarian tin-pot regimes such as the Castros' Cuba or Maduro's Venezuela, where the judicial branch is a weak appendage to be manipulated in whatever way the executive chooses," Cadman wrote.

The December judges' letter did not mention Becerra's idea to require judicial warrants, focusing instead on their belief that judges "simply cannot do their jobs … if victims, defendants, witnesses and family members do not feel secure in accessing the courthouse."

"We recognize that ICE officers have duties to perform, but this sense of security requires that courts remain open to all and, just as important, that courts appear open to all," the letter said.