Over 200 people lined up outside the U.S. Supreme Court on Wednesday to hear oral arguments in a high-profile case that's spanned six capital murder trials and centers on one crucial question: How much should a prosecutor's history matter when the other side alleges racial bias affected jury selection?

After a lively hearing in which the justice who's been on the court the longest asked his first question in three years and the newest justice seemed to favor the petitioner, experts and observers agreed the outlook is good for Curtis Flowers, a black death row inmate who's watched the same prosecutor strike 41 out of 42 potential African-American jurors from serving in his trials over a quadruple homicide.

Mr. Flowers is almost certainly going to win in the Supreme Court. The question is really more what the vote is going to be as opposed to the outcome. 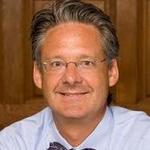 "Mr. Flowers is almost certainly going to win in the Supreme Court," Blume said Thursday. "The question is really more what the vote is going to be as opposed to the outcome.

"They clearly believed that the overall pattern of strikes across the six trials could not be ignored and was highly suggestive, if not proof positive, that the prosecutor engaged in intentional discrimination," he added.

Flowers was first tried in 1997 in connection with gruesome killings in 1996 at a furniture store in Winona, Mississippi, a town of about 5,000 people.

This process — Evans striking all prospective black jurors, getting a guilty verdict and then seeing it overturned — played out twice more, with the state high court finding prosecutorial misconduct again in the second trial and ruling the third trial was "as strong a ... case of racial discrimination as we have ever seen in the context of a Batson challenge." Batson is the 1986 U.S. Supreme Court decision prohibiting racial discrimination via jury strikes.

Evans went on to use all of his available strikes on black jurors in the fourth trial, which ended in a mistrial due to a deadlocked jury. Court records lack racial information for the strikes he used in the fifth trial, which also had a hung jury, but in the sixth trial, Evans accepted only one black juror before striking the next five who came up.

That trial culminated in a guilty verdict upheld by the Mississippi Supreme Court in 2014. Flowers appealed to the nation's highest court, which vacated the verdict in 2016 and instructed the Mississippi Supreme Court to reconsider the case. On remand, the state court held that "the historical evidence of past discrimination does not alter our analysis," affirming the death sentence.

Flowers appealed to the Supreme Court again in a bid supported by ex-U.S. Department of Justice bigwigs. Last week's oral arguments centered on whether the Mississippi Supreme Court had properly considered the case's history when evaluating whether Evans violated Batson, a ruling Justice Brett Kavanaugh wrote about in the Yale Law Journal back in 1989.

Then a law student, Kavanaugh noted that previous case law had required "a defendant ... to prove repeated striking of blacks over a number of cases." Batson eased that bar, requiring only that a defendant show members of his or her race were stricken "in a racially discriminatory manner."

On Wednesday, Justice Kavanaugh flexed his knowledge, telling Flowers' counsel that "Batson, as I read it, did not say you no longer take account of the history." When Mississippi Special Assistant Attorney General Jason Davis suggested there would be no taints "if we disengage [the case's] troubling history," Kavanaugh said, "We can't take the history out of the case."

Madeleine Baran, host of the American Public Media podcast "In the Dark" that undertook an exhaustive investigation of Flowers' story, attended the arguments and told Law360 that Justice Kavanuagh's position was "quite interesting."

"He clearly spoke with some force behind what he was saying — there was some real engagement on his part about Batson," Baran noted.

Blume said Justice Kavanaugh's questioning suggested he was leaning in favor of Flowers.

"It was an issue about which he had some familiarity," Blume said. "But you know, some cases have the 'smell-bad factor.' This case has just kind of got the smell-bad factor about it. And I think he was just reacting to what he believed to be bad."

Baran's "In the Dark" team moved to Winona in 2017, researching and reporting on the case from the ground for a year. An amicus brief by the NAACP cited the podcast's analysis of Evans' history of jury strikes, which found that over 225 trials spanning 25 years, the prosecutor struck black jurors 4.4 times more often than whites. 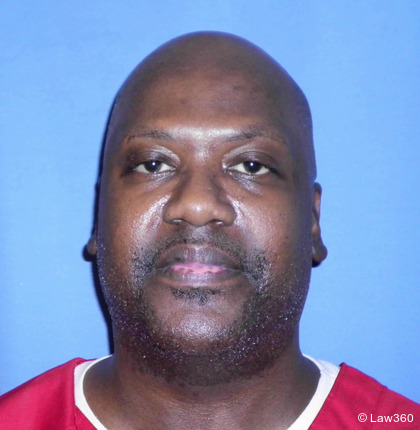 Curtis Flowers, a death row inmate for the past 22 years, has seen prosecutors strike 41 out of 42 potential black jurors across six trials. (AP)

Justice Samuel Alito said the pattern in Flowers' case alone "is very troubling," and Chief Justice John Roberts said "the case is unusual because you have the extensive history." Even Davis, speaking for the state, agreed "the history in this case is troubling."

But while nearly every judge seemed concerned about the history, Justice Roberts asked Johnson how exactly history should be weighed in a Batson challenge.

"If the prosecutor had one Batson violation in his 30-year career, 20 years ago, is that something that should be brought out?" he asked.

Johnson replied: "As we would in a criminal case, we look at how recent a fabrication has been, whether it's on a relatively similar matter, whether the person has the same motive."

Later, Justice Roberts asked Davis if there was anything in court precedent suggesting "there ought to be a limitation on looking to the history of the prosecutor involved?"

"There's no limitation on the history," Davis responded, seemingly undercutting his position. "I think certainly the precedent says that you have to consider it."

There was also a heavy focus on the disparate questioning between black and white prospective jurors. Davis had argued that Evans had valid race-neutral reasons for striking the black jurors in the sixth trial, but Justice Ruth Bader Ginsburg pointed out that similar reasons were impossible for white jurors because "there were no follow-up questions for them."

After both sides had apparently concluded their arguments, the famously tight-lipped Justice Clarence Thomas piped up for just the second time since 2006 to ask whether Flowers' attorneys had stricken any jurors, and if so, what their race was.

When Johnson revealed that Flowers' trial counsel only struck white jurors, Justice Sonia Sotomayor noted that "she didn't have any black jurors to exercise peremptories against — except the first one" that Evans had allowed through.

After the hearing, Johnson spoke about the exchange to C-SPAN outside the courthouse.

"As Justice Sotomayor pointed out, the defense only had the opportunity to strike one African-American juror because Doug Evans struck the rest of them," Johnson said. "But the real point is, her motivation is not relevant here. The motivation that matters is that of Doug Evans. He wanted to get rid of as many African-American jurors as he could and that's an unconstitutional end."

Davis did not respond to a request for comment on the case.

Evans' office also did not return calls for comments. He is slated to run unopposed for district attorney later this year.