There's a seismic shift afoot in how courts decide to release or detain those facing criminal charges before trial. To gauge just how fast that change is occuring, it's worth looking back at 2013 TED Talk from a onetime prosecutor.

Anne Milgram was a few years removed from serving as New Jersey's attorney general and then leading criminal justice projects at the Arnold Foundation when she gave that talk about using data to assess the risk to the public of releasing someone who is arrested and whether they will return to court.

The old method, where a judge sets a cash bail amount based on the charges, was keeping too many low-risk offenders locked up and freeing too many dangerous ones, Milgram said.

States are looking at full-on reforming the entire system. 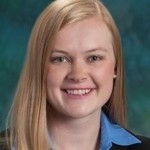 The foundation, now known as Arnold Ventures, handles philanthropy for billionaire investor John Arnold and his family. It was in the process of launching a new tool it had developed that would allow judges to use certain risk factors to calculate a score that would guide them in deciding whether to let someone go, a tool Milgram said was being tested at that moment in a few initial jurisdictions.

By the middle of last year, the Arnold risk assessment tool, known as the Public Safety Assessment, was in use in 40 different jurisdictions, according to a foundation spokesman. And in July, the foundation announced they were making it available to anyone who wanted it, as more than 600 jurisdictions had expressed interest.

There's a boom underway in such risk assessment tools or algorithms, fueled by the concerns that cash bail unfairly penalizes the poor and minorities and contributes to prison overcrowding.

The tools allow judges and pretrial staff to use characteristics like criminal history to score an arrestee's risk of skipping court or committing another crime. The judge then uses the score at an initial hearing to make a decision on whether or not to release them.

But bail reform advocates are divided over whether the tools represent an improvement or an entrenchment of the problems that plagued cash bail. They rely on data from a criminal justice system that is racially biased, so they could perpetuate those inequalities, some advocates say.

The dispute is disheartening because everyone wants the same thing, according to Cherise Fanno Burdeen, CEO of the Pretrial Justice Institute, which works with court systems to develop pretrial best practices to drop incarceration rates.

"We need to get more equitable results," Burdeen said.

The PSA, as the Arnold tool is known, isn't the only risk assessment tool in use in the country's courts, and it is not the first. A tool called COMPAS, distributed by private software company Equivant, also offers a pretrial risk assessment, and many states and local jurisdictions have developed their own tools to serve a similar purpose.

Those tools are catching on amid a renewed interest about what happens to defendants before trial, particularly as local governments struggle with jail overcrowding, experts say. Legislation dealing with pretrial systems has been increasing since at least 2012, according to Amber Widgery, a senior policy specialist in the National Conference of State Legislatures' Criminal Justice Program.

But while risk assessments are becoming the new go-to for municipalities across the country, groups that have been aligned in opposition to cash bail are taking dramatically different stances.

They run the risk of recreating precisely the kind of ... inequalities we are fighting so hard to finally end. 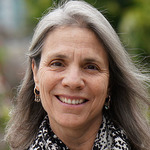 While jurisdictions should be working towards ending cash bail, using algorithms risks the codification of racial biases because they rely on conviction and criminal history data that comes out of a judicial system that disproportionately arrests and charges people of color, the letter said.

"They run the risk of recreating precisely the kind of ... inequalities we are fighting so hard to finally end," said Robin Steinberg, CEO of The Bail Project, a national group that pays bail for people who cannot afford it.

Burdeen and the Pretrial Justice Institute, on the other hand, say the risk assessment tools that are already in use have been part of reform packages that have led to more releases.

Burdeen points to Washington, D.C.'s pretrial system, which claims to be among the first pretrial services agencies to use a risk assessment tool. More than 90% of arrestees are released, and nearly 90% of those released make their court dates, according to the agency.

But Burdeen is careful to note that not all risk assessment tools are the same. The best ones only consider very specific factors related to criminal history, according to Burdeen. Any other details — things like employment and mental health — lead to differences in the scores, she said.

Even within the ACLU, different affiliates have taken different stances.

For example, the ACLU affiliate in New Jersey, which implemented sweeping pretrial reforms and brought in the Arnold tool in 2017, said concerns about the bias inherent in the data the tool uses are valid and it is monitoring the tool's impact. But the group also lauded the changes the tool and other reforms brought about, saying the resulting 20 percent drop in the number of people being held ahead of trial was "dramatic."

Criminal justice reformers that have pushed back against legislation implementing the tools have actually found themselves on the same side as a longtime foe — the bail industry.

Both the ACLU and the American Bail Coalition, a trade association of surety insurance companies that underwrite bail bondsmen, opposed California's Senate Bill 10, which would entirely replace cash bail with risk assessment tools. The law was set to take effect this year, but bail industry organizations last fall secured enough signatures to put the issue on a statewide referendum in November 2020.

While they are outspoken against California's bill, the ACLU can't admit they benefited from anything the bail industry has done to fight it, according to Jeff Clayton, the bail coalition's executive director.

"By and large, it was the bail industry that put it on the ballot. We put the money up and got it done," Clayton said.

The advocacy groups aren't the only ones who have been vocal about the tools' spread. The Arnold Foundation has found itself the target of at least one lawsuit over someone released after their score was calculated.

June Rodgers sued the Arnold Foundation and Anne Milgram in New Jersey federal court in July 2017 after her son Christian was allegedly shot by a convicted felon who had been arrested a few days earlier but was released after his PSA score was tallied.

"While reducing jail populations is a noble goal, this case underscores that sometimes pretrial detention keeps us all safe," Rodgers said in the suit, which is still pending in New Jersey federal court.

Now that many states have enacted legislation putting the tools in place, some are passing new laws to try to regulate their use.

The public has a right to know what sort of categories and classifications are being used. 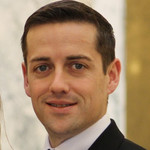 Idaho state Rep. Greg Chaney says his state is in the middle of a major population boom, which has led to overflowing jails. Across the state, the vast majority of counties have turned to risk assessment tools to help them limit those waiting for trial behind bars, he said.

But it's not clear what tools are being used where, Chaney said, or if they are being implemented properly.

He co-sponsored a bill that requires all tools in use in the state to be transparent about the factors used to score a defendant. The bill, which became law at the end of March, will give watchdogs more to work with if they want to examine how risk assessments pan out in Idaho, Chaney said.

"The public has a right to know what sort of categories and classifications are being used," Chaney said.

As more and more jurisdictions consider pretrial reforms, at least some advocates are hoping to find common ground on the way forward.

Finding that common ground could start with a hard look at the experiences of states that have already pursued reforms.

In New Jersey, those who have cheered the state's progress in recent years at dropping the number of people incarcerated ahead of trial are quick to note that change has required more than just replacing cash bail with risk assessment tools.

The state is automatically releasing some people arrested and charged with low-level crimes, advocates note. It has also passed laws putting limits on how long someone can be detained before trial. For those released, the court sends text messages or calls to remind them of court dates.