Lisa Foster On The Impact Of Court Fines And Fees 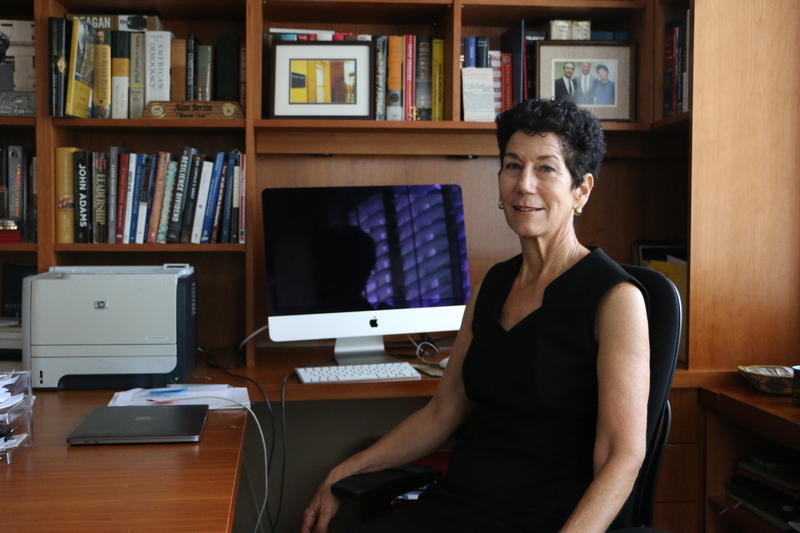 Lisa Foster is co-director of the Fines and Fees Justice Center, which works to collect information on the issue of excessive fines and fees and advocate for reform. (Annie Pancak | Law360)


After a decade as a California state court judge, Lisa Foster is using that experience to reform an often-overlooked aspect of the criminal justice system: fines and court fees, and the outsized impact they can have on indigent defendants.

Foster, who retired from the bench in 2013, previously worked on the issue of excessive fines and fees in the now-disbanded Access to Justice office of the U.S. Department of Justice under the Obama administration. Now, she is co-director of the Fines and Fees Justice Center, which works to collect information on the issue and advocate for reform, focusing especially on New York and Florida.

Although it often flies under the radar, court costs and fees have grown rapidly in the past 10 years, according to research from the Brennan Center and the National Center for State Courts, and they can add up quickly for anyone who comes into contact with any court system. Many people simply can't afford to pay them, which can wreak havoc on their lives.

Here, Foster talks with Law360 about the pervasiveness of the problem and how she'd like to see the system change.

What is the thing that you find most striking about this issue?

One of the things that we didn't realize when we started was the number of fees that are imposed at every level of the system.

If you are in prison, there are fees for making phone calls, fees for video visitation. There are even fees for paying your fees — setting up a payment plan, even going online to pay your fees, can cost money.

There just seems to be an infinite variety of ways that legislators have concocted to take money away from people in the justice system. And the consequences of collecting those are really profound. In 43 states, if you don't pay your fees, your driver's license can get suspended, and because 90 percent of American drive to work, people lose their jobs.

For me personally, what made me angriest was that it was a court doing this. Both because I was a judge and because I really believe in the concept of justice and the rule of law and equal justice under the law — because I believe courts should be places of redemption, not oppression — the idea that courts were imposing fines and fees that were excessive and then trying to collect them in ways that were so obviously harmful, and likely unconstitutional, made me furious. That's my personal reason for being committed to this issue.

You first started working on this at the DOJ — how did this get on your radar?

I was the director at the Access to Justice Office, which was an office that Eric Holder created. I'm sad to say it no longer exists, but it was created after Michael Brown was shot in Ferguson, Missouri, and the community erupted. The civil rights division did an investigation of the Ferguson police department, and what they discovered was that the city was raising revenue from traffic and municipal code violations.

They were insisting that their police officers ticket people, and the police responded by ticketing people primarily in Ferguson's black community. They would stop people and cite them for three, four, five violations. They would cite them for jaywalking, for growing high weeds in their front lawn, whatever they could. And the municipal court would assess high fines and fees, and when people couldn't pay, they went to jail.

When our office read the report, we thought, "This is probably happening in other places besides Ferguson."

Why did FFJC decide to focus on New York and Florida?

First, we wanted to prove what we know: That this is an issue that crosses traditional political lines, with a lot of support from the right and the left. So we picked two states, New York, blue, and Florida, red, to make that case.

Second, Florida and New York really represent the two models of how a justice system is organized in the United States.

Florida is an integrated court system. It's quite hierarchical — supreme court, court of appeals, circuit court. There are no municipal courts. The revenue is raised to support the courts and other services, but what you don't have are municipal courts like Ferguson.

Generally, in the United States, a state is either the Florida model or the New York model, and we wanted to be able to show that we could develop a way to address both systems.

How has it been going so far?

In New York, we recently had our first victory. We joined a coalition in New York City that successfully persuaded the New York City Council to become the first jurisdiction in the country to provide free phone calls from jail.

New York City jail, Rikers Island most notorious among them, had a private contractor that provided phone services. And unlike other parts of New York, the city actually profited, itself, off those phone calls.

That taught us was a few things. The first was that the city council really had no idea this was going on. I mean, it's a big city, there are lots of moving parts. But once we talked to council members about it, they were as outraged about it as we are. And it allowed us to talk to the city council about other fees that the city imposes in the jails.

Was this something you thought about while on the bench?

I certainly knew while I was a judge that we were imposing stiff fines and fees. I think I, like many of my colleagues, assumed people couldn't pay it and that it was a formality, and really didn't think very hard about what happened to those people.

I think that many judges are not doing things that are unconstitutional or contrary to state or federal law because they want to or even mean to. It's because when you're in a system and everyone does it a certain way, you kind of do it, too, without asking a whole lot of questions.

Is there a way to change that?

Training. Judges are no different than anybody else: if you want a judge to do something differently, you have to educate the judge and train the judge on how to do it differently. And too often, we make changes — enact a new court rule or the legislature passes a law — and nobody really gets down to the level of individual judges to provide that training. And I think that's going to be critical to our success in this venture.