While the U.S. Supreme Court recently rejected a case challenging a Georgia town's policy to wait up to two days before offering arrestees a chance to prove they can't afford bail, a growing split among appellate courts could pressure the justices to tackle wealth-based detention in the near future.

When the high court turned down the petition of Maurice Walker on April 1, Executive Director Jeff Clayton of the American Bail Coalition, a bail bond industry group, said in a statement that the denial "sent a very strong message that monetary bail and bail schedules are constitutional if the proper due process procedures are followed."

But Walker's attorney Sarah Geraghty, director of impact litigation for the Southern Center for Human Rights, told Law360 that a developing circuit split over the level of scrutiny judges should apply to bail policies will likely get the Supreme Court's attention eventually.

"To suggest that the court put its stamp of approval on money bail in general ... that has no basis in fact," she said. "It was a [certiorari] denial, so the court didn't issue any opinion."

The denial of cert is not the end by any means of these bail challenges. They really have only just begun. 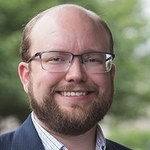 Kellen Funk, a Columbia University law professor who's writing a book about the history of bail in America and filed an amicus brief in the case, told Law360 that the high court often prefers to wait until more circuit courts have weighed in on a matter before they take it up.

"We could speculate endlessly on why the court does or does not take a case on cert," he added. "The denial of cert is not the end by any means of these bail challenges. They really have only just begun."

The denied petition, Walker v. City of Calhoun, centers on the detention of a 54-year-old unemployed man whose only income was Social Security disability payments, who was arrested for being intoxicated in public in September 2015.

Walker spent six days in jail because he couldn't afford a $160 bail bond based on a preset bail schedule that did not factor in his ability to pay. His suit claims the city violated the Fourteenth Amendment's equal protection clause by "jailing the poor because they cannot pay a small amount of money" while allowing those who could afford it to walk free immediately.

After the suit was filed, Calhoun altered its policy with a standing bail order that continued using a bail schedule but provided for a hearing and court-appointed counsel within 48 hours to accommodate those claiming indigency.

Defendants found to be too poor to pay at that hearing would be released on recognizance; if no hearing was able to be held within 48 hours, the new policy also allowed the accused to be released without paying.

Despite the changes, U.S. District Judge Harold Murphy ruled the policy unconstitutional because it still allowed those with means to get out of jail immediately while the poor had to wait 48 hours. Blocking the standing bail order, the judge said jail personnel and court staff must verify an arrestee's inability to pay "as soon as practicable after booking" via a sworn affidavit.

On appeal, a split three-judge panel at the 11th Circuit vacated Judge Murphy's injunction, ruling that Walker and other indigent arrestees suffer "no absolute deprivation of the benefit they seek" under the new policy because they must "merely wait some appropriate amount of time" to get the same pretrial release as the more affluent.

"Such scheme does not trigger heightened scrutiny under the Supreme Court's equal protection jurisprudence," the majority wrote.

But whether such bail policies trigger heightened scrutiny — legalese that refers to a skeptical review of a government action — is actually up for debate.

In March, a California federal judge ruled that San Francisco's use of bail schedules was unconstitutional based on a "strict scrutiny" standard, which requires the government to prove it has a compelling interest and that the underlying policy is "narrowly tailored" to achieve that interest.

In that case, plaintiff Riana Buffin had spent 46 hours in jail after her arrest on suspicion of grand theft because she couldn't afford bail. The stint caused her to miss time at work, and although she was never charged, Buffin lost her job. In a March 4 ruling, U.S. District Judge Yvonne Gonzalez Rogers found that the use of the bail schedule had significantly deprived Buffin of her fundamental right to liberty without considering less restrictive alternatives.

The judge went on to quote the dissent in Walker's Eleventh Circuit case, which itself had quoted the Supreme Court in saying that "any amount of actual jail time is significant and has exceptionally severe consequences for the incarcerated individual."

On the other side of the spectrum, the Fifth Circuit ruled in August that a Texas county's bail schedule policy of holding the indigent for 48 hours before granting an individualized hearing was "subject only to rational basis review" because it did not concern an alleged failure to consider alternatives.

The Eleventh Circuit's majority in Walker also reviewed the at-issue bail policy using a rational-basis standard, writing that "if ... every policy that affects people differently based on ability to pay must be justified under heightened scrutiny, the courts would be flooded with litigation."

But the dissent in Walker's case, by U.S. Circuit Judge Beverly Martin, noted that using that standard allowed Calhoun to avoid explaining why it was "reasonably necessary" to treat poor plaintiffs differently.

In a footnote, Judge Martin observed the city offered one justification for its 48-hour detention policy at oral arguments: "to get the players to the game," a reference to getting the small city's only municipal judge into court.

Clayton from the American Bail Coalition told Law360 that the Supreme Court's refusal to take up the case was "a big deal" because it allowed the Eleventh Circuit's reliance on a rational basis review of the bail policy to stand.

"How would you ever be able to run a criminal justice system if strict scrutiny was the standard?" he said. "That just seemed extreme."

Clayton added that, while allowances must be made for areas with limited court staff and resources, he agrees with advocates who argue the time period from arrest to ability-to-pay hearing "should probably be shorter." He supports laws that require a hearing within 24 hours, such as in Florida.

Meanwhile, Geraghty said that at the very least, her client's case has "encouraged many jurisdictions to reconsider their reliance on wealth-based detention."

"Under the Eleventh Circuit's decision in Walker, cities that jail people for longer than 48 hours before conducting an inquiry into ability to pay would be wise to revise their bail policies," she said.