Of all the many cases an attorney might handle, death penalty cases might be the most high-stakes, which is why most people expect that the attorneys who take such cases are the best of the best.

But experts say that is often not the case. For some, that reality is on display in a death penalty case pending in California where a newly appointed attorney has come under scrutiny for bad conduct including an affair with a previous client's daughters during a murder trial.

There are people who are very skilled and dedicated and spend a lot of time on training and understand how to do this big, complex area of the law. But unfortunately, that is not universal. 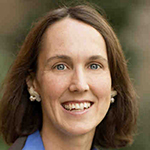 Gary Turnbull is the lead attorney for Juan Pablo Vega, who is facing trial for first degree murder, but another attorney who has worked on the case and the American Civil Liberties Union have both argued that Turnbull, who had not practiced law for two decades until just before being appointed in the Vega case, is unqualified and ethically suspect.

It's a situation that Cassandra Stubbs of the ACLU's Capital Punishment Project says is emblematic of how things still work in many parts of the country when it comes to attorneys representing people in capital cases.

"There are people who are very skilled and dedicated and spend a lot of time on training and understand how to do this big, complex area of the law," she said. "But unfortunately, that is not universal. There are a variety of places where we continue to see some of the worst lawyering out there."

There are plenty of examples of poor representation in capital cases. In fact, in 2016 the U.S. Supreme Court overturned a death sentence for Duane Buck, an inmate in Texas whose court-appointed attorney did not object when the prosecution produced an expert witness who testified that Buck was more prone to violence because he was black.

That same attorney, Jerry Guerinot, had 21 clients end up on death row over 40 years of practice and never once secured an acquittal in a capital case, according to the Death Penalty Information Center. Multiple experts told media and the courts that Guerinot did not even conduct basic investigations.

The death penalty has, overall, declined in the United States in the past 20 years. That includes California, where even before its current governor declared a moratorium on the death penalty, the last execution took place in 2006.

Researchers say there are a variety of contributing factors that explain the national trend, from a declining murder rate to declining public support for the death penalty to the fact that it is now possible to present juries with more mitigating evidence, which makes them less likely to sentence people to death.

Nationally, there are fewer people sentenced to death, down from a peak of over 300 annually in the mid-1990s to under 50 in each of the past four years, according to the Death Penalty Information Center. And overall, the number of people on death row has declined, from 3,682 in 2000 to 2,721 in 2018, according to the NAACP's Legal Education and Defense Fund.

But the number of people facing death in California increased 28% during that time, according to Pew Research Center.

"The death penalty numbers are down significantly, but they're not down in all jurisdictions," said Chris Adams, a vice president with the National Association of Criminal Defense Lawyers who has experience handling capital cases. "There are still these places where you walk into a courtroom and feel like it's 1990." 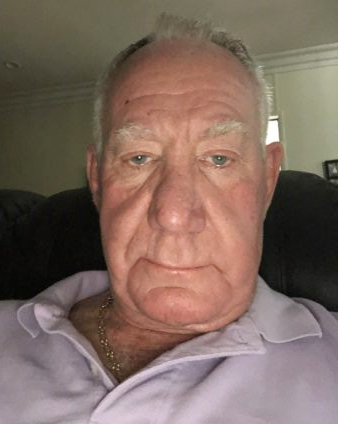 Gary Turnbull, lead attorney for a defendant facing the death penalty, faces arguments from parties including the ACLU that he is unfit for the job. Turnbull is defending his appointment to the case.

Stubbs said that in her experience, when her organization identifies a place that bucks the downward trend, it generally finds prosecutors who are more zealous than average or problems with defense counsel.

Arthur Rizer, director of the Criminal Justice and Civil Liberties division of the R Street Institute, agreed, saying the quality of representation is "very dependent on where you're at."

"It is just outrageous how flagrant we are about the inadequacy of representation in death penalty cases in some places," Rizer said.

Many jurisdictions still don't provide equal funding to appointed defense counsel and prosecutors, he added, including California where the Vega case is pending.

Juan Pablo Vega in June 2015 allegedly shot three people that his girlfriend supposedly said were harassing her, killing two of them.

Turnbull took over the case in November 2018, replacing Keith Rutman, who had himself started on the case before the original lead attorney retired. Rutman was at first simply moved into the lead role, but the Kern County Bar Association's Indigent Defense Program, which was paying for Vega's defense, said it would find a different attorney.

Turnbull, however, emailed Rutman and told him that he had decided to remove him altogether, according to the motion.

Rutman also argued that Turnbull is ethically suspect, and that a judge once threatened to report him to the state bar for having sex with the two daughters of a client who was on trial for murder.

Besides any past misconduct, however, Rutman pointed out that the California state bar listed Turnbull as inactive from 1998 to October 2018. Despite this, and the fact that he apparently has not had any recent training, Turnbull has indicated he is handling two other death penalty cases in addition to Vega's.

It is just outrageous how flagrant we are about the inadequacy of representation in death penalty cases in some places. 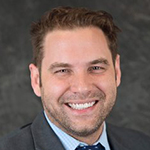 "The whole world of capital litigation, the last time he practiced decades ago, was really different than it is today," Stubbs, who has submitted a declaration backing Rutman, told Law360. "I can't imagine any of us would want someone we love to be defended — on trial for their life — by someone who hasn't practiced law in such a long time."

Turnbull has opposed Rutman's motion, arguing that Rutman does not have standing to bring it and, unusually, claiming that the court did not have the authority to pick a new attorney without the recommendation of the county bar association.

He wrote in court papers that "In polite terms, the previous order appointing Mr. Rudman [sic] was properly rescinded."

This aspect of the representation fight also touches on another issue Stubbs says contributes to problems in Southern California: private county bar associations, which often are charged with finding counsel for certain indigent defendants.

Before Turnbull was appointed, Rutman and his co-counsel petitioned the court to increase the amount of money they could pay a mitigation specialist — someone who researches and identifies factors to present during the sentencing phase of a trial to show why a jury should not sentence a defendant to death.

They argued that the county's rate of $42 per hour was well below standard rates, which typically range from $75 to $125 an hour. The judge approved the request in November, requiring the Indigent Defense Program run by the county bar association to pay it.

Rutman suggested in his motion that the head of the Indigent Defense Program, Henry Marquez, has tried to kick him off the case because he does not want to shell out the additional money.

"The crux of Mr. Marquez's objections to Mr. Rutman's continued presence is his anger of Mr. Rutman's successful application for mitigation funding because it will cause him political problems with the county," Rutman said.

The Kern County Bar Association and Marquez did not respond to requests for comment. Prosecutors declined to comment beyond saying that the office hopes the issue will be resolved soon so the case can resume.

Mitigation is a key part of the process, according to Adams, requiring a defense team to look into everything from the lead levels in a defendant's community to generations of family history. And it's hard to attract good people if you aren't able to pay them fairly, he added.