Akerman LLP has added a specialist in marshaling attorneys for volunteer efforts as the new head of its own pro bono projects, the firm has announced. 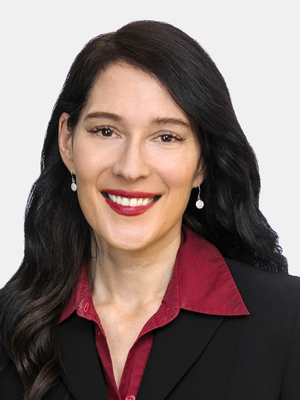 Gina DelChiaro, who is joining the firm as a partner and was previously with Lawyers Alliance for New York, will work with Akerman and its 700 attorneys to see how they can best serve the needs of the communities they call home, according to the firm's April 25 announcement.

Her position as director of pro bono initiatives will include heading Akerman's advocacy for minors who are in the nation's courts and coordinating its efforts in other areas like veterans' affairs, immigration and civil rights according to Akerman's website.

"It is such a privilege to be able to use my background and passion for pro bono to help build upon and grow Akerman's long-standing commitment to education and youth development, and helping others who the justice system has left behind," DelChiaro said in a statement.

DelChiaro coordinated corporate outreach efforts at Lawyers Alliance and oversaw the deployment of nearly 2,000 attorneys to nonprofit organizations, dispensing free advice on matters such as taxes, real estate, corporate governance and transactions, according to Akerman.

While at Lawyers Alliance, she also organized a network of pro bono providers in 15 cities throughout the United States that were geared toward business law, according to the firm.

"Gina's hands-on experience initiating pro bono and volunteering efforts will further strengthen Akerman's commitment to helping the most defenseless members of our society," Andrew Smulian, chairman and CEO of Akerman, said in a statement.

"Gina is the perfect candidate to lead Akerman's efforts in closing the justice gap while advancing our firm's commitment to disadvantaged youth."

Prior to her time at Lawyers Alliance, DelChiaro worked as a senior staff attorney at Human Rights First, where she coordinated individuals seeking to apply for asylum in the United States with pro bono attorneys at various law firms, according to Akerman.