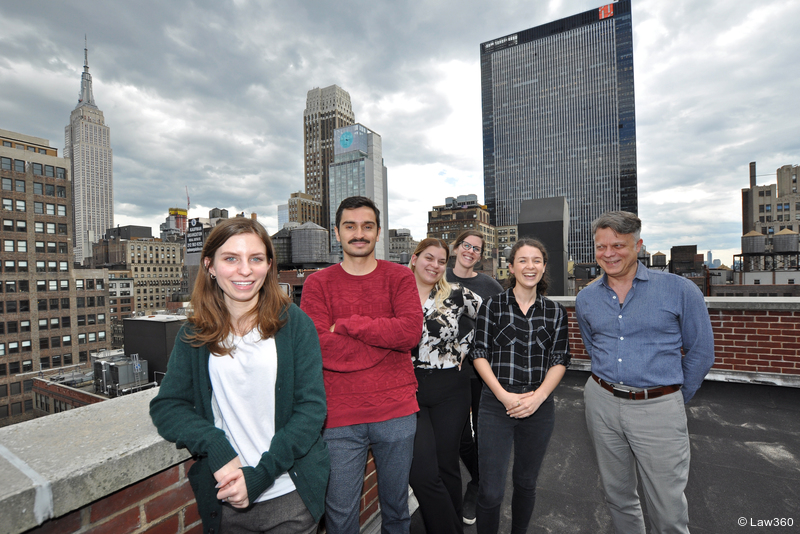 
Judges have recognized a minor's right to counsel nearly across the board in civil proceedings — except in the immigration courts.

Last year, children as young as toddlers made headlines when they appeared alone in immigration court to explain to judges why they should be allowed to remain in the U.S.

Scholars have found that having an attorney improves odds in removal proceedings: Immigrants with representation achieve a positive outcome in 21% of their cases, more than 10 times the rate of pro se respondents, according to a 2015 study published in the University of Pennsylvania Law Review.

Nevertheless, about three out of four children whose immigration cases began in fiscal year 2017 did not have an attorney, according to the most recently available data from the Transactional Records Access Clearinghouse at Syracuse University.

But some legal aid groups — including Kids in Need of Defense, or KIND, and the New York-based Safe Passage Project — have made it their mission to rally pro bono attorneys ready to advocate for immigrant children left unrepresented by the system.

The need for such legal services has only become greater, the groups said, as the Trump administration has adopted a "zero tolerance policy" toward unauthorized border crossers, putting more immigrant family units in detention than ever.

Here, Law360 examines how these two organizations are recruiting attorneys from all corners of the legal profession to fill the representation gap.

Harnessing a Surge in Volunteers

Many attorneys who don't practice immigration law are shocked to learn that children aren't provided with legal counsel during immigration proceedings, seeing it as a "huge due process violation" that spurs them to get involved, KIND spokesperson Alex Pender said.

Since November 2016, KIND has seen a 60% increase in its pro bono attorneys, over 3,500 of whom have taken on cases, according to Nirupa Narayan, KIND's senior director for pro bono partnerships. The number of law firms and corporate legal departments partnering with the organization grew to almost 600. And by the end of 2018, the organization had almost 6,000 open cases.

"The key to the success of our pro bono program is the intensive support we provide to our attorneys, the vast majority of whom are not immigration practitioners," Narayan said. "They need guidance and samples and information about how to proceed in their case."

Narayan said KIND recruits through informational sessions at law firms and corporate legal departments, as well as events where lawyers can volunteer for a day to help screen children to see if they have viable immigration cases and opt to proceed in representing them.

He took on the case of a teenage boy who faced violent retaliation for refusing to join a gang and sell drugs in his home country of Guatemala. Operating in a rural village abandoned by the Guatemalan government, gang members had attacked the boy, set fire to part of his home, threatened to kill him and burned a man alive in front of him, Dixon said.

While the boy's case was compelling, it required gathering extensive documentary evidence on the ground in Guatemala, including reports on the conditions in the country and interviews with witnesses to the gang's targeting of the boy — a process in which KIND was especially helpful, Dixon said.

In July 2017, the boy was consequently able to secure a rare approval of his asylum application at U.S. Citizenship and Immigration Services' Atlanta office.

"They gave me soup to nuts, start to finish assistance," he said. "I had to build the case, but from coaching me on how to fill out the actual asylum application to helping me get in contact with people on the ground in Guatemala, KIND gave me all the information I needed to be successful."

Generally, the organization provides attorneys with introductory training to go over the basics of asylum law and special immigrant juvenile status, which offers a path to a green card for abused, abandoned or neglected minors, Narayan said. Attorneys can then be assigned to a case and paired with an in-house KIND attorney for guidance, Narayan said. They are provided with sample filings, checklists, a work plan for the case and a case timeline.

But not all of the organization's pro bono attorneys have taken on individual cases.

Pender said some pro bono attorneys also joined KIND's team recently in traveling to detention centers in Texas to interview parents and children who were separated from their families.

Narayan said attorneys have been eager to offer their help in any way possible.

"It has been incredible to see the interest and willingness of law firms and corporate legal departments to get involved in this issue," Narayan said. "KIND is so grateful for their volunteering because so many of them put their hearts and souls into making sure these kids have what they need."

The Safe Passage Project, which started as a clinic at New York Law School and has expanded to a staff of 30 attorneys, has similarly grown to meet increased need for legal services under the Trump administration, Desireé Hernández, deputy executive director and legal director of the organization, said.

Hernández said that, because of the organization's roots at the law school, it has evolved into a group that is primarily focused on teaching others how to represent children in immigration court. Pro bono attorneys mentored by the organization's staff have come to take on about 70% of its caseload, she said.

The organization has 800 active cases and trained over 1,700 attorneys last year to represent immigrant children. 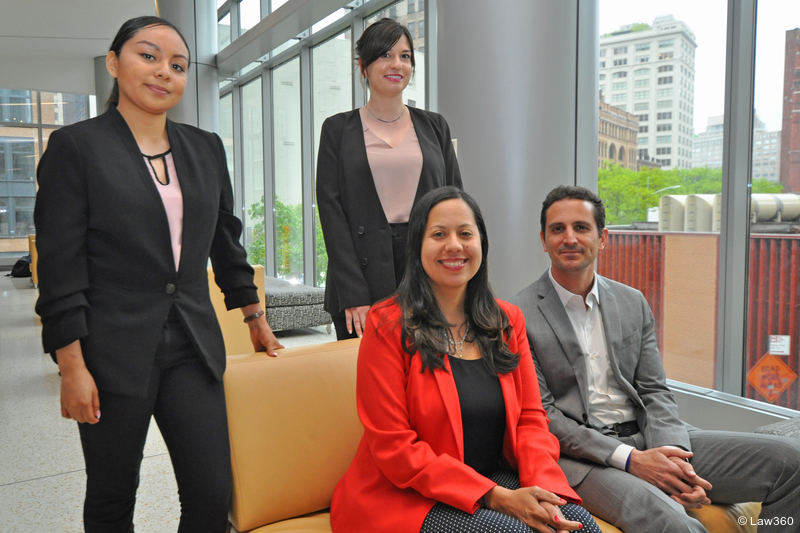 
"We are training them to be that next generation of experts that teaches others how to do cases," Hernández said.

Alexandra Rizio, the Safe Passage Project's managing attorney for training and partnerships, said the organization has developed relationships with most major law firms in New York, where they offer in-house trainings to interested attorneys. But any attorney in the New York area can sign up to work with the organization on its website.

"We work with anybody," she said. "And that's kind of the beauty of our model. You can start from the ground up, even if you don't have a baseline of knowledge. We will give you the training to get you up to speed."

Asha Natarajan, an associate specializing in health care matters at DLA Piper, said she has been able to represent teenagers from Guatemala, Honduras and El Salvador through the Safe Passage Project on a pro bono basis. She said her cases typically involve children whose parents do not have the means to support them and who have hired smugglers known as "coyotes" to help them get across the U.S.-Mexico border.

Often, they are victims of abuse — at the hands of their parents or extended family members — and have been forced to drop out of school to support their families, all while being targeted by gangs, she said. As a result, they tend to be good candidates for special immigrant juvenile status.

As a non-native Spanish speaker who had not previously attempted immigration cases, she said the Safe Passage Project had provided her with support at every step, especially with regard to some of the tedious documentation required for special immigrant juvenile status petitions.

That assistance is even more critical in light of new legal hurdles preventing immigrant children specifically from obtaining any relief.

Most notably, the organization has seen increasing numbers of denials for special immigrant juvenile status, regardless of the strength of individual clients' cases, Rizio said. The organization has consequently bulked up its appellate materials and sample briefs responding to boilerplate denial verbiage.

The organization also took on 62 cases of children who were separated from their parents and were being held at Department of Health and Human Services facilities in New York state. It took all of last summer to reunite them with their parents, including through federal court litigation, Rizio said.

"It feels good to be the organization that has at least some of the answers," she said. "We're all in the fight together, so if we can offer some of that expertise, it's one way we can all come together to defend these kids."