What One Atty's 'Lenient' Sanction Says About Criminal Justice

A West Virginia man spent more than a year in jail because he was ghosted by his court-appointed attorney. And although the lawyer was suspended for it, some say the six-month punishment is too short and illuminates broader problems with attorney discipline and the criminal justice system.

The West Virginia Supreme Court of Appeals on May 20 agreed to take away David M. Anderson's license for 60 days, with an additional four months of probation, after he failed for more than a year to respond to multiple court orders to communicate with his client Greg White regarding a development in his case that would have, if acted on, immediately ended White's time in jail.

"The idea someone can let a person linger in jail for over a year when a phone call can get them out, and a court can respond with a 60-day suspension, to me, is extraordinarily lenient," said Michael Frisch, a legal ethics professor at Georgetown Law.

The idea someone can let a person linger in jail for over a year when a phone call can get them out, and a court can respond with a 60-day suspension, to me, is extraordinarily lenient. 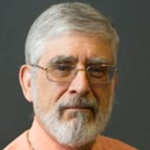 The problem, he said, is that courts that impose attorney sanctions often look at things from the point of view of a lawyer, not the individual relying on that lawyer for their liberty.

"The heart of the problem is the whole concept of self-regulation," Frisch said, referring to the current system in which attorney regulation is performed by state courts. "It's lawyers that make the rules, decide what constitutes a violation, and decide the penalty."

Dan Marshall, an attorney at the Human Rights Defense Center, said the entire criminal justice system in the U.S. is premised on an adversarial system in which each side has an attorney zealously advocating for them and protecting their interests.

But he said it often doesn't work that way for people in jail who are often reliant on court-appointed attorneys and public defenders, many of whom are ethical, hard working attorneys but have enormous, unmanageable caseloads.

"When that breaks down, as it obviously did here, then the underpinnings of the whole system fall apart," Marshall said. "People who don't belong in jail end up in jail for long periods of time."

White was in jail serving time for one crime while an indictment for a second charge was pending against him. As he was finishing up his sentence for the first conviction a judge dismissed the indictment on the second charge, and that decision was mailed to his attorney, Anderson, court records show.

But the information was not shared with White, who was still in jail, or to jail administrators, and so White remained behind bars. He repeatedly complained to the court that he had not heard from his attorney in over a year, and the court twice directed Anderson to contact his client, but Anderson didn't.

Finally, White contacted a private attorney who immediately discovered the dismissal and, within three hours, was able to get White released from jail. That attorney later filed a civil action on behalf of White against Anderson, as well as jail officials, the clerk of the circuit court and a prosecutor, and the case was eventually settled.

In imposing a suspension on Anderson, the West Virginia high court found that he "clearly violated" his duty as an attorney, that the misconduct was intentional and that it caused "irreversible" harm to his client who was wrongfully jailed for 433 days.

The court determined that the appropriate sanction was a six-month suspension, in which Anderson will have his license suspended for 60 days and then will be able to practice under supervised probation for the remaining four months. Additionally, he is required to complete six hours of continuing education.

The court cited mitigating factors including the imposition of a penalty in the civil case, Anderson's lack of an existing disciplinary record, his cooperation with the investigation and his expression of remorse.

"Mr. Anderson willingly admitted to the misconduct and expressed remorse not only in this proceeding but during the civil action instituted by Mr. White," the court said. "The evidence ... established that Mr. Anderson's conduct was an aberration and that he has taken steps to make sure that the misconduct never occurs again."

When that breaks down, as it obviously did here, then the underpinnings of the whole system fall apart. People who don't belong in jail end up in jail for long periods of time. 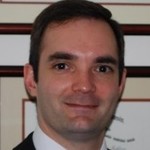 But others disagreed, including two justices on the high court who dissented.

The court has suspended attorneys in the past for failure to communicate with a client, the dissent said, but Anderson's misconduct is "especially egregious" because he ignored multiple court orders and because his conduct kept his client in jail for more than a year too long.

"Because of the extreme injury, 433 days of incarceration suffered by Mr. White as a result of Mr. Anderson's misconduct, I believe the suspension imposed is inadequate to reassure the public as to 'the reliability and integrity of attorneys,'" wrote Justice Tim Armstead in a dissent joined by Justice Margaret L. Workman.

While the dissenting justices, Frisch and others said the leniency of the sanction as a major problem in the case, others said the systemic failures that put the responsibility of White's freedom on the shoulders of a single person are the bigger problem that needs to be changed.

Taylor Pendergrass, a strategic adviser for the American Civil Liberties Union's Campaign for Smart Justice, highlighted the lack of communication between the court and jail system, which required an attorney as an intermediary to do something as simple as let the jail know that the court had tossed the charge against White.

"The bigger question is why were these two branches of government not talking to one another, even without defense counsel?" Pendergrass told Law360. "Why was it entirely dependent on defense counsel to bring it to the department of corrections' attention?"

He said that based on the work he does in New York and Colorado, West Virginia is not alone when it comes to the various components of the criminal justice system being siloed and uncommunicative.

He said it's a problem many states have recognized and are working on fixing through efforts to implement technology and simply through better coordination. But those efforts still have a long way to go.

"There are still tons of gaps," Pendergrass said. "I have seen other cases where it's clear from a court order or a probation officer that someone should not be incarcerated any more, and yet the system has not responded to release them."

Anderson and White's attorney did not return requests for comment.

When Law360 reached out to the chief justice of West Virginia's Supreme Court for comment, a spokeswoman for the court told Law360 by email that the court's justices do not comment on pending cases or decisions.

"They speak about cases only through their decisions," the spokeswoman said.

Clarification: This article has been updated to clarify the West Virginia Supreme Court of Appeals' response to a request for comment. ​​