Vermont Supreme Court Justice Marilyn Skoglund is among those who used an apprenticeship program to launch their career in law, rather than traditional law school. (Photo: Jeb Wallace-Brodeur)

It was the late 1970s. She had an undergraduate degree in sculpture. But part-time jobs in the art world, including a stint carving gravestones, weren't putting enough money in the bank.

The future Justice Skoglund started looking for a licensed profession where she could work for herself. She was a skilled writer. The law seemed like a good fit.

But law school, not so much.

"I was a single mother and had no money to go to law school, and I had to work and earn a salary," Justice Skoglund told Law360.

So instead she took a paralegal class, got a job in the state attorney general's office and registered for a program in Vermont that allows aspiring lawyers to take the bar exam after a four-year apprenticeship with a qualified attorney.

Nearly two decades after getting her license, without ever going to law school, Justice Skoglund was sworn in as a member of the Green Mountain State's highest court in 1997.

"I fell into a profession that I loved," she said.

Most lawyers in the U.S., then and now, get their legal educations at traditional law schools. But Vermont, Virginia, Washington and California let would-be attorneys sit for the bar if they skip law school and instead go through an apprenticeship program like the one Justice Skoglund completed.

Legal apprenticeship programs are relatively obscure and small in scope, and data suggests apprentices pass the bar exam at lower rates than their traditionally educated counterparts.

But proponents say apprenticeship programs could provide a leg up to a universe of potential attorneys without the time or money for law school and help address a "justice gap" in which marginalized communities are often left without accessible legal representation.

Those proponents include Berkeley Law grad Rachel Johnson-Farias, who founded a nonprofit called Esq. Apprentice in 2015 with the aim of helping young people of color, particularly women, take advantage of legal apprenticeships. She said providing people from marginalized communities with an alternative path to becoming a lawyer could give them the tools to meet the legal needs of their fellow community members.

"This is absolutely a viable path for low-income people and people of color and immigrants to start to get some of the access and power that historically have been kept from us," Johnson-Farias told Law360.

People choose legal apprenticeships over law school for a variety of reasons, but in many cases, money and family responsibilities top the list.


"Working in the legal field, I'd kind of been interested in going to law school, but I have kids and a mortgage and things like that, so quitting work to go to law school just wasn't going to work," said Beth Minish, a longtime paralegal at Ben Wells & Associates in Arlington, Washington.

Minish, who finished an apprenticeship program under Wells' supervision in February and is preparing for the bar exam in July, told Law360 that after nearly two decades working around the law, she was inspired to make a career move in the wake of a deadly 2014 mudslide in nearby Oso, Washington.

I have kids and a mortgage and things like that, so quitting work to go to law school just wasn't going to work. 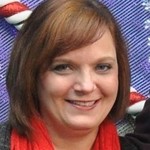 "People needed help to get wills, to get ID, to get things you don't think of," she said. "And there were a lot of attorneys that came together to offer to do things."

But law school seemed out of reach, quite literally.

"I live 30 miles north of Seattle," Minish told Law360, which means the nearest law school is an hour-and-a-half drive each way, essentially an impossible commute for a working mother.

"This was kind of my only option," she said.

In Virginia, home to a number of top-notch law schools, physical distance is less often a barrier to a traditional legal education. But the state's legal apprenticeship program, known locally as "reading the law," helps overcome other obstacles, particularly cost.

Virginia Beach County Sheriff Ken Stolle, a Republican and staunch supporter of Old Dominion's version of the program, told Law360 that his "whole life has been changed by reading the law."

The sheriff said he started to think about becoming a lawyer in the 1970s, while he was a police officer. Law school was out of the question because he needed to work to support himself and his family, Stolle said. So, through an acquaintance, he found a lawyer willing to mentor him through the program, which allowed him to sit for and pass the bar.

Stolle worked for several years as an attorney in Virginia before running for the state Senate, where he chaired the Courts of Justice commission during several terms in the 1990s and 2000s.


At one point, Stolle recalled, the state's Board of Bar Examiners tried to abolish the law reader program. But he said he threatened to slash the board's budget, and they backed off.

Stolle remains a vociferous advocate for legal apprenticeships — he persuaded Undersheriff Brian Struzzieri to sign up for the program under the mentorship of a local attorney — and he links his fierce defense of Virginia's law reader program to the notion that it can help level the educational playing field.

"What happens a lot of times is that people with resources can get a better education than people without resources," he said.

Past and present program participants praise the apprenticeship model for providing a practical, and not just theoretical, education in the law.

Likewise, employers laud the apprenticeship model for its tendency to generate a return on investment. Apprentices-turned-attorneys often stay with the firms that mentor them, and emerge from the program with both general knowledge of the law and, more importantly, job-specific training.

"It's kind of like home-growing your own legal staff," said Ron Greenen of Greenen & Greenen PLLC in Vancouver, Washington, who has successfully mentored two attorneys who work for his firm and is now mentoring a third employee.

But while apprenticeships may give participants a leg up in terms of career preparedness, they generally do a poor job of getting aspiring attorneys ready for the bar exam.

In California, for instance, the overall pass rate for the bar exam over the last decade has been generally low, about 47%. But for the 642 test-takers who qualified via apprenticeship, it was less than 10%, according to data from the State Bar of California.

"A lot of people think the program is an easier alternative to gaining the ability to practice law, and they find out quickly that it may be a tougher road than a traditional law school," said Benjamin Phillabaum, an attorney in Washington who completed an apprenticeship in 2014 and now chairs the body that oversees the state's program.

"Nothing is going to be hand-fed to you," he said.

Yassi Eskandari, an attorney and policy director at the Sustainable Economies Law Center in Oakland who completed an apprenticeship in 2017, says her work at the center has included advocating and raising awareness about legal apprenticeships. She often gets emails and phone calls asking about them, she says, but she doesn't recommend them in every case.

"I would caution people who are interested in doing this," she said. "It's really challenging."

An additional obstacle for would-be apprentices is simply finding someone willing to be a mentor.

"It is hard to find other lawyers to do this," Janelle Orsi, the executive director and co-founder of the SELC, told Law360. "It's a big commitment."

A 'Legacy of Knowledge'

Despite the drawbacks, advocates say raising awareness about legal apprenticeships and expanding access to them could help address deep-rooted inequalities in the legal field.

That started to change in the late 19th and early 20th centuries after the end of slavery and the rise of immigration to the United States, she said. As states sought to exclude immigrants and freed slaves from prestigious professions, law schools became more common, and an institutional legal education began to emerge as a common requirement to sit for the bar.

Now, the astronomical cost of law school — new attorneys routinely wind up with six-figure debt by the time they graduate — functions for many as a major barrier to becoming a lawyer, particularly for those who come from disadvantaged and minority backgrounds.

There are a lot of talented people who come from underrepresented communities who may find this program beneficial. 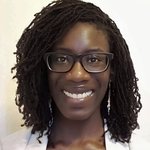 Apprenticeships are being touted as a way to boost lawyer diversity as racial and ethnic minorities remain underrepresented among the bar.

In California, where nearly 60% of the adult population identifies as Asian, Black, Latino or other minority, only 33% of attorneys identify as such, according to data from the state bar.

Omonigho Oiyemhonlan, an African-American woman who works as a paralegal at the Oakland office of the Center for Biological Diversity's Climate Law Institute, is in the final year of an apprenticeship program. She said there's a "legacy of knowledge" that is passed down within communities, and that apprenticeships can extend that tradition to the legal field.

"There are a lot of talented people who come from underrepresented communities who may find this program beneficial, and so hopefully getting the message out will inspire them to take that leap," she said.

Since 1999, 355 lawyer hopefuls have participated in the Golden State's Law Office Study program, according to the state bar, which doesn't track program participants' demographics. Comparable data wasn't immediately available from other states that have apprenticeship programs.

Johnson-Farias cautioned that apprenticeships can only go so far in tackling deep-seated structural problems, like racism and sexism.

Still, she and other advocates are hopeful that legal apprenticeships will attract more interested candidates and more institutional support for the programs.

Orsi, of the SELC, said the legal community should start taking apprenticeships more seriously as a potential catalyst for positive change in the field.

"There's all of this evidence about how the legal profession is failing society, is failing to make legal services affordable and accessible to everyone who needs it, including moderate-income people," Orsi said. "So we need to, as a whole profession, rethink how we're creating lawyers and how lawyers make their livelihoods."