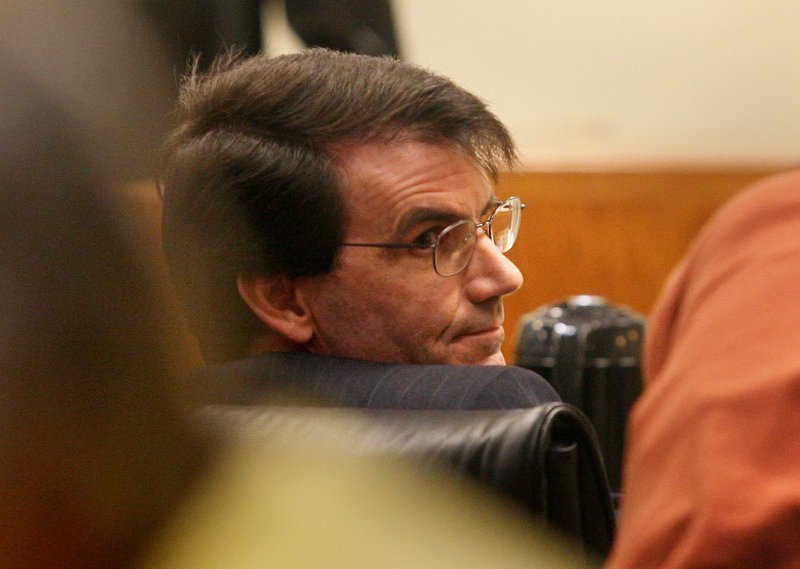 James Kraig Kahler, who was convicted in 2011 of capital murder in the fatal shooting of his estranged wife, their two teenage daughters and his wife's grandmother, looks into the spectators gallery in Osage County District Court in Lyndon, Kansas, during a break in his sentencing hearing. (AP)


As the U.S. Supreme Court takes a breather following a bevy of important criminal justice rulings this term, big cases already loom for when the court resumes business in the fall, including a clash over whether Kansas has effectively blocked individuals from claiming insanity as a defense.

The legal reality of invoking that defense can be complicated, with the U.S. Supreme Court granting states broad latitude to define the contours of when and how defense attorneys may invoke the defense.

In Kansas, state law allows defendants to be found culpable if prosecutors can establish that they acted purposefully. The law limits the use of the insanity defense to counter arguments by prosecutors that defendants possessed “mens rea,” or the intent to commit an action.

Attorneys for James Kahler — who fatally shot his wife, his two daughters and his wife’s grandmother in November 2009 — argue that the Kansas law violates the due process rights of their client because it eliminates the use of the insanity defense for all intents and purposes.

“Now, a defendant’s mental illness is relevant only if it left him unable to form the mental state required to commit the charged offense,” Kahler’s attorneys told the Supreme Court in a May brief. “There is no further inquiry aimed at judging whether the defendant’s state of mind was morally blameworthy.”

Kansas counters that its law falls within the confines of a 2006 Supreme Court case known as Clark v. Arizona

, in which the high court held that psychological or psychiatric testimony may be excluded in certain circumstances if it has the potential to mislead the jury.

“Abolishing the insanity defense would mean eliminating any consideration of insanity evidence,” the state told the high court in a brief in November. “That is not what Kansas law does. It merely channels such evidence to the mens rea requirement.”

However, the American Bar Association sided with Kahler in an amicus brief it filed with the Supreme Court in early June, arguing that the Kansas law allows defendants to be convicted of a crime and be sentenced to death, even if they have a mental disorder that bars them from distinguishing right from wrong.

“A person may intend to perform an act that is criminal (and thus have the requisite mens rea for the crime), yet not understand that the act is wrong because of mental incapacity,” the ABA told the high court.

Officials with the Kansas Attorney General’s Office could not be reached for comment.

Kahler killed the four women while in the midst of bitter divorce proceedings.

After learning that his wife had taken his 10-year-old son from his parents’ house so they could all be at her grandmother’s house on Thanksgiving weekend, Kahler purposefully drove to the house with a gun. Prosecutors noted that while Kahler killed his daughters — who he suspected were taking their mother’s side in the marital dispute — he did not kill his son, allowing the boy to run away.

Kahler’s attorneys argued that their client was not responsible because he had been in a “severe depression” following a number of traumatic events over several months, including his wife having an affair with a woman, her filing for divorce, her charging him with domestic violence, his belief that several of his children were not taking his side, his losing his job as a public utilities director for a city in Missouri, and being forced to move in with his parents, according to court documents.

The attorneys sought to instruct the jury on diminished capacity and on insanity as a defense against the deaths, but the trial court rejected them as barred by state law, allowing jurors to only consider Kahler’s mental state around the confines of whether he had meant to kill the women.

The jury found him guilty on all counts, and sentenced him to death in October 2011, according to court documents. The Kansas Supreme Court subsequently upheld the rulings.

Sarah O’Rourke Schrup, the founder and director of the Northwestern School of Law’s Appellate Advocacy Center and an attorney representing Kahler, told Law360 that the Kansas law violates the due process rights of her client by not allowing him to tell the jury that he is not responsible for the incident because he was legally insane at the time.

“Not having that opportunity, that mechanism, is really the issue,” said O’Rourke Schrup, who anticipates oral arguments before the high court later this year.