More than a quarter of the women jailed in the United States haven't been convicted of anything — they're just too poor to be bailed or bonded out, trapped in jail until trial or until they can't take it anymore and plea their way out, prison reform experts told federal lawmakers.

On Tuesday, five female experts pressed a subset of the House Judiciary Committee to take action to deal with the United States' "exploding" female prison population, which has climbed 700% in the last 40 years, and who are incarcerated in a system designed with men in mind.

The longer you are held, even pretrial, the more likely it is that you will plead to try to get out. You want to do anything to get home to your children. 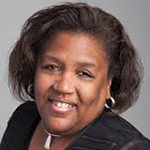 One way to reduce the rapidly expanding population of incarcerated women would be to stop putting so many women in jail to begin with, where the cash bail system often means they'll remain stuck in facilities intended for short-term stays, Jesselyn McCurdy of the American Civil Liberties Union told Law360 Tuesday.

"The longer you are held, even pretrial, the more likely it is that you will plead to try to get out," McCurdy said. "You want to do anything to get home to your children."

Judiciary Committee Chairman Jerry Nadler said he was particularly concerned by "vastly overused pretrial custody" in part because of the toll it takes on thousands of children whose mothers are often the only parent in their lives.

"Children are impacted by pretrial detention in startling numbers," Nadler said. "And this is particularly disturbing because many of these women are the only providers for their children."

Women are being incarcerated now more than ever before, in part due to the war on drugs and something known as "the girlfriend problem," which Nadler called an "injustice."

The girlfriend problem is where mandatory minimum sentencing meets a prosecuting trend of applying federal drug conspiracy charges to women who had little to no involvement in their drug-dealing partners' crimes.

Because sentencing requirements for federal drug charges are dictated by the weight of the drugs recovered and not the level of involvement, women often get hit with heavy mandatory minimum sentences for ties to criminal enterprises they were never really involved in, lawmakers were told.

That's what happened to Cynthia Shank, who told the subcommittee how she spent nine years in prison on drug conspiracy charges tied to the drug dealings of a deceased boyfriend who used violence to keep her trapped in their home.

Shank, who is the subject of the HBO documentary "The Sentence," was brought up on state charges after admitting to police following her boyfriend's murder that she knew he had been selling drugs. 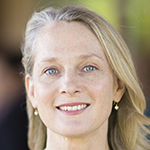 author
"Orange is the New Black"

Those were dropped, but federal prosecutors came knocking five years later — after she had married and had three young children — with charges that would earn her a 15-year sentence.

Her then-husband cared for their children while she was incarcerated for the next nine years, until her sentence was commuted by President Barack Obama, but so many others aren't as lucky, Shank said.

"I would hear the cries of mothers at night who had just signed over custody of their children," Shank said. "Over and over again, different mothers every night ... that's something I will never forget."

"Orange Is the New Black" author Piper Kerman came into the public view thanks to her book about her experience serving time in federal prison on drug charges, which spawned a hit Netflix series of the same name.

She urged lawmakers to consider alternatives that would put fewer women in prison to begin with. Programs that allow women to rehabilitate themselves while remaining in their communities normally have a much better success rate that incarceration, and cost less too, she said.

They would also keep women safer, she said, and home with their children.

"There is no system more hierarchical, patriarchal and operating on threat of violence than prison system," Kerman said.