A recent Fourth Circuit decision that language in a police misconduct settlement intended to keep individuals quiet about the abuse violated the First Amendment may deter departments from insisting on similar provisions, which are rare but which advocates say improperly silence victims.

When Baltimore settled allegations of police misconduct in recent years, the deals often included the equivalent of gag orders that cost the individuals half of the settlement amount should they subsequently speak publicly about their allegations.

While not speaking publicly can be a common element of settlements involving private individuals or companies, social justice advocates asserted that Baltimore's "non-disparagement clause" violated the Constitution's First Amendment, as the government was effectively penalizing individuals for speaking on an important public issue.

A Fourth Circuit panel on July 11 agreed with the advocates, ruling 2-1 to reverse a November 2017 ruling by a lower court that Baltimore's clause did not violate the First Amendment.

The Maryland city only paid Ashley Overbey half of the agreed-upon $63,000 settlement after she spoke in the online comments section of a Baltimore Sun article about her allegations that police beat, verbally abused and arrested her inside her home after she reported a robbery.

With this court ruling, the momentum is in favor of greater transparency and accountability and not retaining these kinds of clauses. 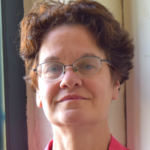 But according to the panel's majority opinion, written by U.S. Circuit Judge Henry F. Floyd, the unpaid half of the settlement was effectively "hush money."

"Essentially, the city argues that half of Overbey's settlement sum was earmarked for her silence, and that it would be unfair for Overbey to collect that half of her money when she was not, in fact, silent," the majority opinion said. "When the second half of Overbey's settlement sum is viewed in this light, it is difficult to see what distinguishes it from hush money."

Deborah Jeon, the legal director of the American Civil Liberties Union of Maryland and one of Overbey's attorneys in the case, told Law360 on Wednesday that Baltimore and its nondisparagement clause appeared to be an outlier, with researchers not finding evidence that other major cities on the East Coast use it. Baltimore used it in 95 percent of its related settlements, according to the opinion.

"The notion that it's fine to continue to hush up all these incidents that are occurring is tremendously counterproductive to the goal of accountability that many, many residents of Baltimore would want to achieve," Jeon said. "With this court ruling, the momentum is in favor of greater transparency and accountability and not retaining these kinds of clauses."

Social justice advocates were concerned that had the Fourth Circuit ruled the other way, other jurisdictions would have been tempted to include similar clauses in their settlements of police misconduct cases, said Jennifer Bennett, a staff attorney at Public Justice, a nonprofit that filed an amicus brief in the case.

"The concern is that if departments like Baltimore could do this and if the court said it was fine to do this, that other cities and states would start doing it, effectively using the ruling to gag victims of police violence and other civil rights abuses," Bennett said. "It was important to nip it in the bud."

Andre M. Davis, Baltimore's city solicitor, declined on Tuesday to discuss the litigation beyond a statement saying the city intends to petition all of the Fourth Circuit's judges to rehear the case.

"The city is disappointed that a majority of the Fourth Circuit panel has sent the case back to the trial court for further proceedings," Davis said in the statement. "The city believes the dissenting judge on the panel provides the correct analysis of the case, as did the two lower court judges who earlier ruled in favor of the city."

Baltimore had told the Fourth Circuit that the clause does not violate the First Amendment, arguing that it conforms with longstanding legal precedent that protects a person's right not only to speak but also not to speak.

However, the Fourth Circuit found that the right not to speak is supposed to protect individuals from voicing certain opinions they may not actually hold or wish to publicly share.

The court also determined that Baltimore's interest in enforcing what amounts to Overbey's waiver of her First Amendment rights is overruled by a "national commitment" to a spirited debate of public issues such as police misconduct.

"There can be no serious doubt that the government has used its power in an effort to curb speech that is not to its liking," the opinion said. "The First Amendment is meant to serve as a bulwark against such exercises of government power."

U.S. Circuit Judge A. Marvin Quattlebaum Jr. dissented, writing that when one party "knowingly and voluntarily" signs off on a settlement agreement, the other party should not have to fear that a court will subsequently rewrite the deal because an individual experienced a "change of heart."

"Parties have a right to rely on the certainty of contracts entered into knowingly and voluntarily," Judge Quattlebaum wrote. "In my view, the majority opinion undermines those important principles."

The decision "underscores the importance of the constitutionally protected right of citizens to speak freely and critically about the government, and the strong public interest in allowing survivors of police brutality to continue to tell their stories," said Daniel Wolff, an attorney with Crowell & Moring LLP, which worked on the case pro bono on Overbey's behalf.

Update: This article has been updated with a comment from an attorney representing Overbey.