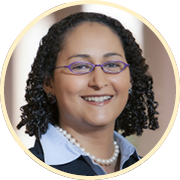 Ciara Torres-Spelliscy is a professor at Stetson University College of Law. Read more She is a fellow at the Brennan Center for Justice at the NYU School of Law and the author of the upcoming book "Political Brands."

President Donald Trump's judicial appointees are coming to get reasonable campaign finance laws and kill them.

According to Law360's tracker, 150 of Trump's judicial nominees have been confirmed, including most notably two seats on the U.S. Supreme Court that are now occupied by Justices Brett Kavanaugh and Neil Gorsuch. They are likely to make campaign finance law even more of a mess, or do away with it altogether.

As I describe in a recent law review article[1] and in my forthcoming book "Political Brands," Chief Justice John Roberts' Supreme Court has been intolerant of campaign finance laws since its first term, and in the process has made mincemeat out the concept of corruption. But Justices Kavanaugh and Gorsuch are likely even more hostile to laws that try to curb money in politics than their predecessors, Justices Anthony Kennedy and Antonin Scalia.

For example, Justice Kennedy held open the possibility in Citizens United v. Federal Election Commission that bans on foreigners' spending in U.S. elections could still be constitutional, stating in an aside that we "need not reach the question whether the Government has a compelling interest in preventing foreign individuals or associations from influencing our Nation's political process."

But just a year later, Justice Kavanaugh wrote an opinion as a lower court judge that narrowed this part of the law that bans foreigners from making political expenditure in U.S. elections, and signaled his disagreement with established precedent. In Bluman v. FEC, then-Judge Kavanaugh wrote:


[P]laintiffs argue that the federal ban on their proposed activities is unconstitutional. Plaintiffs contend, in particular, that foreign citizens lawfully resident in the United States have a right under the First Amendment to the United States Constitution to contribute to candidates and political parties and to make express-advocacy expenditures. We respect the force of plaintiffs' arguments, as ably advanced by plaintiffs' counsel. Under the relevant Supreme Court precedents, however, we must disagree with plaintiffs' submission. The Supreme Court has long held that the government (federal, state, and local) may exclude foreign citizens from activities that are part of democratic self-government in the United States.

As a Supreme Court justice, Kavanaugh could pitch this precedent entirely, which has until this point protected the integrity of American elections from foreign interference.

Trump has already mused publicly about taking information from foreign governments in the 2020 election. If he does and it generates any enforcement, any cases challenging the foreign ban would be on a fast track to the high court with his two appointees on the bench to hear such a case.

Also when Justice Scalia was on the court, he was strongly supportive of disclosure of the sources of money in politics, as well as the names of people filing petitions to change state laws. In a concurrence in Doe v. Reed, which upheld the disclosure of petition signers in Washington State, Justice Scalia wrote:


Plaintiffs raise concerns that the disclosure of petition signatures may lead to threats and intimidation. … There are laws against threats and intimidation; and harsh criticism, short of unlawful action, is a price our people have traditionally been willing to pay for self-governance. Requiring people to stand up in public for their political acts fosters civic courage, without which democracy is doomed. For my part, I do not look forward to a society which, thanks to the Supreme Court, campaigns anonymously (McIntyre) and even exercises the direct democracy of initiative and referendum hidden from public scrutiny and protected from the accountability of criticism. This does not resemble the Home of the Brave.

But Justice Scalia's replacement on the court, Justice Gorsuch, does not seem like a fan of transparency. Justice Gorsuch has not yet had a chance to rule on a campaign finance disclosure case, but he has tipped his hand in other contexts. In a 2019 case called Food Marketing Institute v. Argus Leader Media, Justice Gorsuch wrote an opinion that increased the exemption from the Freedom of Information Act for commercial trade secrets.

Justices Stephen Breyer, Ruth Bader Ginsburg and Sonia Sotomayor dissented from this interpretation of FOIA. But Justice Gorsuch dismissively wrote in response to their dissent that his "colleagues' submission boils down to a policy argument about the benefits of broad disclosure."

Justice Kennedy used to be the swing justice on many issues, including election law cases from redistricting — where he swung to the left — to campaign finance — where he swung to the right. With Justice Kennedy gone, Justice Roberts is now the center of the court. But when it comes to money in politics, Justice Roberts has only broken ranks with the conservative wing of the Supreme Court in one narrow campaign finance case about judges in Florida soliciting money in Williams-Yulee v. Florida Bar. He joined the liberals to rule that Florida could keep a bar rule that banned judicial candidates from asking for money directly from potential donors, many of whom were lawyers likely to practice before these judges. Justice Roberts' reasoning turned on maintaining the integrity of the judiciary, because "[j]udges are not politicians, even when they come to the bench by way of the ballot."

But typically Justice Roberts has had a knife to campaign finance's neck, including writing its most recent deregulation of big donors in McCutcheon v. FEC that:


There is no right more basic in our democracy than the right to participate in electing our political leaders. Citizens can exercise that right in a variety of ways: They can run for office themselves, vote, urge others to vote for a particular candidate, volunteer to work on a campaign, and contribute to a candidate's campaign.

Here he strangely equates spending money in politics with voting, something a layperson could distinguish as being very different. Justice Roberts with Justices Kavanaugh, Gorsuch, Samuel Alito and Clarence Thomas could team up to further deregulate corruption.

With Trump's picks on the high court, more campaign finance laws may be on the chopping block, including the 1907 ban on corporations giving money directly to federal candidates, the ban on foreigner spending in American elections, and rules that try to prevent dark money. Even basic contribution limits could be at risk.

Moreover, because of Trump's multiple appointments to fill lower court judgeships, mini-Kavanaughs and mini-Gorsuchs abound to ruin state, local and federal campaign finance laws even before they reach the Supreme Court.

Journalist Andy Kroll, who has been covering money in politics for years, wrote in Rolling Stone that "many of Trump's picks have championed hard-line conservative positions. … These are the kinds of judges who hesitate to say that Brown v. Board of Education was correctly decided, or rule that campaign-finance laws are unconstitutional."

Trump appointees are already leaving their mark on the lower courts in campaign finance. In a particularly odd case called Libertarian National Committee v. FEC, in which an estate wished to make a bequest of money to the Libertarian Party that was larger than federal statutes allowed, the U.S. Court of Appeals for the D.C. Circuit upheld the contribution limit.

But a Trump appointee named Judge Gregory Katsas wrote in dissent that he would have thrown out the contribution limits at issue in the case, and interestingly, that dead people have First Amendment rights to vindicate in the area of money in politics. Judge Katsas stated:


[D]eath should make no difference. Of course, living donors have substantial speech and associational interests in contributing money to political parties of their choice. Yet a contribution is no less speech and expressive association if the donor makes it through a bequest rather than a lifetime transfer. Either way, the donor intends to support the political views of the party.

Before he was elevated to the U.S. Court of Appeals for the Sixth Circuit, Judge Amul Thapar had written a hostile opinion as a U.S. district judge that threw out ethics rules in Kentucky in 2016 in a case called Winter v. Wolnitzek. This case indicated that Judge Thapar thought that money and speech are the same thing. He wrote:


[U]nder the Supreme Court's precedents, direct speech and monetary speech are functional equivalents. … Put more plainly, if a candidate can speak the words 'I support the Democratic Party,' then he must likewise be allowed to put his money where his mouth is.

This reading of the law was reversed on appeal to the Sixth Circuit. But now that Thapar has been placed on the Sixth Circuit, he has greater power to shape campaign finance law in his own image.

In his very first opinion on the bench, a Trump appointee to the U.S. Court of Appeals for the Fifth Circuit named Judge James Ho wrote in a dissent that he would have invalidated a campaign finance law that contained contribution limits in city elections in Austin, Texas. In Zimmerman v. City of Austin's dissent, Judge Ho wrote, alarmingly:


To be sure, many Americans of good faith bemoan the amount of money spent on campaign contributions and political speech. But if you don't like big money in politics, then you should oppose big government in our lives. … So if there is too much money in politics, it's because there's too much government. The size and scope of government makes such spending essential.

Judge Ho is clearly sending the signal with this dissent that he is prepared to invalidate any campaign contribution limit that lands in his chambers.

The Supreme Court ended up denying certiorari in the Zimmerman case, but it's only a matter of time before it takes a case that places campaign contribution limits on the chopping block.


The opinions expressed are those of the author(s) and do not necessarily reflect the views of the organization or Portfolio Media Inc., or any of its or their respective affiliates. This article is for general information purposes and is not intended to be and should not be taken as legal advice.