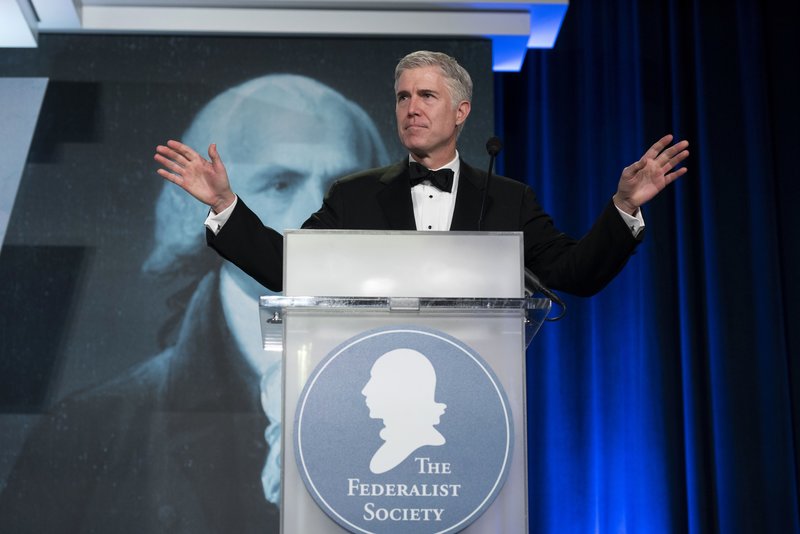 Just four years later, in 2005, the Federalist Society doomed Bush's nomination of White House Counsel Harriet Miers to the U.S. Supreme Court, and persuaded him to replace her with one of its own: Samuel Alito.

The society, once marginal, has become the ruling conservative elite, whose membership includes at least four sitting U.S. Supreme Court justices and whose executive vice president is heavily involved in the White House's judicial nomination process.

"They kind of went through the back door before. Now, [they're] in the White House, actively controlling judicial nominations, judicial selection, shepherding nominees through the process," said Amanda Hollis-Brusky, a professor of politics, law and legal institutions at Pomona College and author of "Ideas With Consequences: The Federalist Society and the Conservative Counterrevolution."

The book traces the Federalist Society's evolution from a fringe academic club into a conservative legal power broker whose "army of 'citizen lawyers' is motivated, refreshed and poised to push the counterrevolution deeper and farther in the years and decades to come."

Law360 spoke with Hollis-Brusky about the society's legal strategies, its influence on the judiciary and what is likely to be a lasting impact on American law.

Established in 1982 by law students at Yale, Harvard and the University of Chicago, the society formed in reaction to what its founders saw as a left-leaning bias in top law schools and in prevailing legal thought. The late U.S. Supreme Court Justice Antonin Scalia was the group's original faculty adviser at the University of Chicago, while D.C. Circuit Judge Robert Bork advised the society's students at Yale.

"You can imagine a world where Trump's judges look a lot like his cabinet appointments: people who have very little experience, who are loyal to him, you know, acquaintances, friends, cronies," she said. "Yet his judicial selection has been incredibly professionalized and disciplined."

The liberal American Constitution Society, formed using the Federalist Society's template, has not seen anywhere near the same success as its inspiration.

That liberal alternative, Hollis-Brusky said, may be "one among many other ways that left-leaning lawyers can look to get credentialed, but … it doesn't have a de facto monopoly on the credentialing of legal talent on the left like the Federalist Society does on the right."

The Federalist Society's judicial picks are already changing the law. And they are primed to play a strategically defensive role in the face of the upcoming 2020 elections, ensuring Trump-era policies remain in place no matter who wins the presidency, according to Hollis-Brusky. 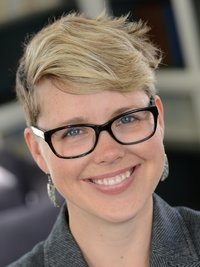 The relatively young conservative majority on the U.S. Supreme Court, paired with the new Trump-appointed appellate judges, may mean that the current administration's policies will be more difficult to challenge in court and any sweeping changes enacted by future Democrats will be less likely to stand.

According to Hollis-Brusky, the Federalist Society is the harbinger of a conservative counterrevolution against two progressive revolutions in the 20th century: the New Deal's creation of a regulatory and administrative apparatus, and the cultural revolution that saw new rights and special protections afforded to women, minorities and other vulnerable populations.


With the president's ear and a Supreme Court cachet, it has become a magnet for other, more culturally conservative movements wanting to integrate.

One well-financed movement that has been seeking a foothold is the Christian Right, which seeks to impose a "Christian worldview" upon the legal system and education, and a group Hollis-Brusky is studying for her upcoming book "Separate But Faithful."

"The impetus for this, as these patrons and their movement articulate it, is a perceived wrong turn that law took in the 19th century when it declared itself secular, separate and divorced from the Bible and any kind of Christian underpinning," she said. "The movement has been to restore law in general and the United States Constitution in particular to its Christian, biblical roots."

This "Christian worldview" philosophy has yet to gain much traction within the core of the Federalist Society and is still largely seen as radical. The conservative majority on the Supreme Court has given the movement cause to celebrate with recent rulings in Burwell v. Hobby Lobby

"But their reasoning has been grounded in a secular understanding and interpretation of the law," Hollis-Brusky said. "So I would say that there has been a conservative shift in jurisprudence to prioritizing things like religious liberty and a greater tolerance for supporting religion in the public square, but it has not been accompanied by the kind of radical Christian reinterpretation of the law and the Constitution that these advocates and patrons are hoping for."

The next president stands little chance of balancing what Trump and the Federalist Society have done, Hollis-Brusky said. Without a dramatic power shift and a restructuring of the judicial branch, there just won't be many seats to fill.


The Republican-controlled Senate kept open many judicial vacancies during Obama's second term — including, but not limited to the seat that Justice Scalia left open when he died — that Trump filled instead.

Congress also removed roadblocks that had traditionally kept politically divisive judges off the appellate bench, such as the "blue slip" tradition that had previously allowed a state's senators to informally veto a nominee for their state.