Could A Dog Bite Bring An End To Qualified Immunity?

Under a unique legal doctrine known as qualified immunity, courts have recently shielded police officers from facing civil rights lawsuits over actions that include shooting a child and allegedly stealing cash.


The doctrine, crafted by the U.S. Supreme Court in 1967, is designed to protect individual government officials from costly litigation. Its proponents argue that people like police must be able to make split-second decisions without fear of being sued for constitutional violations that may not be obvious in the moment.

But according to a cross-ideological cohort that includes the American Civil Liberties Union and the Cato Institute, qualified immunity prevents accountability for government and especially law enforcement.

Via a petition over a police dog attack in Tennessee that could be taken up Tuesday, they're urging the high court to reconsider the doctrine and potentially abolish it all together.

"This is an area of law that has come to sanction lawlessness," said Scott Michelman, the ACLU attorney on the case.

You cannot hold officers and, through the officers, their municipalities liable for violating a rule they could not know. 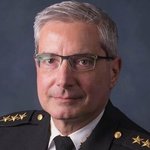 Experts on police practices, however, argue that qualified immunity is a critical protection for law enforcement.

Mike Ranalli, an attorney with Lexipol and former president of the New York State Association of Chiefs of Police, routinely trains local agencies in best practices and said its impossible to anticipate every possible violation that could arise in a developing situation.

"You cannot hold officers and, through the officers, their municipalities liable for violating a rule they could not know," he said. "I don't think it would go over well if police started arresting citizens for things that weren't established and saying, 'Oh, well, you should've known."

And although the ACLU petition has strong bipartisan support, that support is no guarantee that the high court will be swayed to depart from stare decisis, the idea that things "already decided" should not be undone.

Christopher Walker, a professor at Ohio State University's Moritz School of Law who's defended qualified immunity in articles and debates, notes that the justices have repeatedly upheld the doctrine over the past 50 years.

"There are institutional reasons why the court should continue to adhere to decisions that it's already made," he told Law360. "Especially ones made long ago that have been repeatedly reaffirmed by the court."

At the center of the bid to change the Supreme Court's minds is a formerly homeless and currently incarcerated 61-year-old man named Alexander Baxter, who was arrested for burglary in 2014.

On a cold day that January, police caught him attempting to steal electronics from several Nashville homes. After Baxter fled, two law enforcement officers and a police dog cornered him in a basement.

With a gun in his face, Baxter sat on the floor and put his hands in the air. According to his pro se civil rights lawsuit, both officers clearly saw him surrender but nevertheless sicced their dog on him in what he believes was a violation of his constitutional right to be free from unreasonable seizures.

The officers' attorney Melissa Roberge, however, says they never saw his hands raised. In fact, she maintains that focusing on whether they should have known he surrendered ignores the fact that Baxter "broke into someone's home, while they were there" and never gave law enforcement reason to believe he was not a threat.

The dog bit Baxter's armpit, causing a wound that needed immediate emergency treatment. His suit seeks financial damages for the pain and suffering.

"Many police in Nashville got this thing about running away from them," Baxter wrote in a letter his attorneys provided to Law360. "If you run, and they catch you, they'll make you pay ... by hurting you badly in some kind of way."

"And of the few that are reported," he added, "it matters little to them because nothing, it seems, is ever done."

Since the Civil Rights Act of 1871, a U.S. law known as Section 1983 has allowed individuals like Baxter to sue anyone acting "under color of" state authority if that person deprives them of their rights.


Such suits were rare for nearly a century due to an originally narrow view of what state actors were liable under the act, but in 1961's Monroe v. Pape decision, the Supreme Court clarified that it applied to police.

Walker's research has noted how that ruling opened the floodgates to Section 1983 suits: Americans filed a little over 8,000 civil rights claims 10 years after Monroe was decided, and nearly 35,000 in 2010 alone.

In Baxter's civil suit, officers Brad Bracey and Spencer Harris have claimed to be immune from liability. They argue that, even if siccing a dog on a surrendering burglar was a constitutional violation, there was not "clearly established law" on the matter.

That argument wouldn't have helped the officers when the doctrine first emerged in a 1967 ruling. Originally, qualified immunity only shielded officials who claimed they'd violated rights while acting "in good faith" to carry out the law.

But in a 1982 case called Harlow v. Fitzgerald

Ever since, its protection has enveloped anyone who doesn't violate "clearly established statutory or constitutional rights of which a reasonable person would have known."

Today, judges don't have to determine if official conduct even violated someone's rights at all — as long as there's no precedential court decision involving the same context and conduct, an officer is immune from liability.

In Baxter's case, the Sixth Circuit held last year that no case law explicitly suggests that "raising his hands, on its own, is enough to put [an officer] on notice that a canine apprehension was unlawful in these circumstances." Harris and Bracey, the court ruled, had qualified immunity.

Other immune officers have included Fresno police who allegedly stole $225,000 worth of cash and rare coins while carrying out a search warrant. A March Ninth Circuit decision found "no clearly established law holding that officers violate the [Constitution] when they steal property."

Another officer who shot a 10-year-old in the knee won qualified immunity in July after the Eleventh Circuit ruled the incident was "unlike any prior cases that could clearly establish the law for this case" because the child was not a suspect and the officer was aiming for the family dog.

For Clark Neily, vice president for criminal justice at the libertarian think tank Cato Institute, qualified immunity's requirement that there be an almost identical court ruling on the record in order to hold police liable for damages is "simply infantilizing."


"If you don't know you're not allowed to steal somebody's stuff while you're executing a warrant, well, then maybe you shouldn't be wearing a badge," Neily said.

If you don't know you're not allowed to steal somebody's stuff while you're executing a warrant, well, then maybe you shouldn't be wearing a badge. 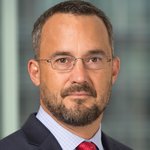 vice president at the Cato Institute

And according to a study by University of California Los Angeles law professor Joanna Schwartz, the idea that qualified immunity protects government officials from costly litigation isn't borne out by data.

Even when plaintiffs do win civil rights damages suits against police, she found that individual officers financially contributed to settlements and judgments in only 0.41% of cases. Most of the time, governments and agencies pick up the tab.

"Officers are still facing whatever distractions actually accompany being sued," she told Law360.

Walker, however, contended that the specter of qualified immunity probably deters plenty of plaintiffs attorneys from taking on questionable civil rights lawsuits in a way that may not be reflected by case records.

"I think its super difficult to actually quantify how many people are not suing because of qualified immunity, or who settle really early," he noted.

Neily acknowledged that the doctrine exerts "a significant dampening effect" on the willingness of lawyers to take on the police, but said procedural protections from illegitimate claims are already in place.

"If it's frivolous, then it gets thrown out for failure to make a legally cognizable case," he pointed out.

In addition to challenging the doctrine on policy grounds, the amicus brief Neily submitted in Baxter's case also targets the Supreme Court's current conservative majority with an originalist argument: qualified immunity isn't written into any laws.

And even though some courts did allow "good faith" defenses when Section 1983 was passed, Neily pointed out that courts no longer even consider subjective questions of intent.

"Modern qualified immunity doctrine simply did not exist at all before the court created it," the brief states.

Bracey and Harris' opposition to the petition, however, claims that the Supreme Court's ruling in a 2015 case called Mullenix v. Luna

— which granted immunity to an officer who shot and killed a suspect during a high-speed car chase — supports denial of Baxter's petition, regardless of how the doctrine developed.

Just like the officer in Mullenix, they said "there was a disputed fact about the immediacy of the risk" Baxter posed on that January day in the basement.

Ranalli evaluated the case and said, "There's no way for me to train somebody as to every possible scenario of when you can release a canine and when you can't."

If the court agrees to take Baxter's case, his attorneys know that a full abolition of qualified immunity could still be unlikely. Still, Michelman said it would be "a significant and helpful step just to reverse this case and make clear that precisely identical case law is not required to hold a government official accountable."

For Baxter, the case over the the dog bite that left him scarred has become much more than just a bid for damages.

In his letter, he wrote that he's now "fighting for the thousands of people who are wrongly attacked by dishonest and corrupt police officers."