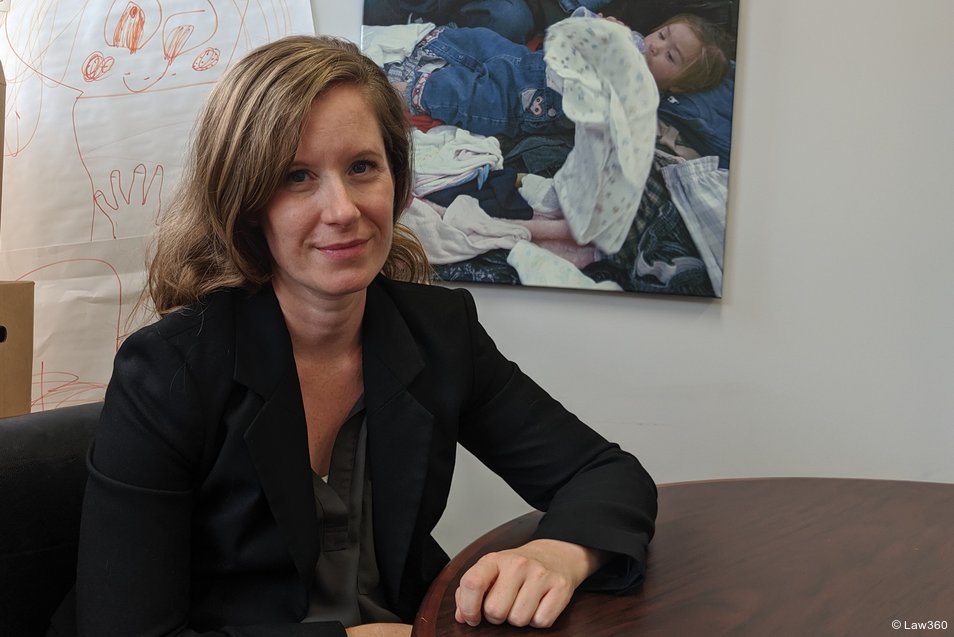 The client was a young mother from Guatemala who came to Los Angeles with her 3-year-old son and his father. She relied on the man for everything; she belonged to an indigenous group and spoke little Spanish and no English. The man repeatedly raped her in front of their child.

"She was being brutalized," Cartagena said during a recent interview, and on that last word, her voice cracked and tears came. The veteran attorney seemed surprised. "This is weird," she said between sobs.

Cartagena won her client a restraining order against her abuser and full custody of their child. But the young mother wasn't able to make it on her own in Los Angeles. She went back to her abuser for food and shelter.

It plunged Cartagena into a dark place, leaving her to find emotional support in the case, and others as well, during routine Friday walks with colleagues to a taco truck parked across the street.

"The trauma of hearing her story and bearing witness to what she experienced, and then the powerlessness — when folks don't have access to food and housing, you can get all the restraining orders you want," Cartagena said. "It almost felt pointless."

Cartagena is now the directing attorney for Public Counsel's Children's Rights Project. She has been working at Los Angeles-area legal aid clinics for over 12 years, and has had her share of the profound stress and trauma nonprofit attorneys experience with and through their clients. But most clinics have few resources available to help their attorneys cope.

As BigLaw increasingly devotes resources to attorney wellness and mental health, legal nonprofit groups are struggling to provide something similar for their lawyers, many of whom deal with trauma on a daily basis. Major law firms have hired therapists, created safe and quiet spaces, and worked to eliminate the stigma surrounding mental health.

We have a lot of terrible stories. That is what every legal aid attorney deals with on a daily basis. 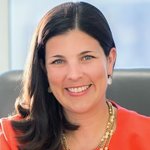 But budgets are tighter at nonprofits.

Donated resources go to help clients in need. Attorneys there take on the hope and grief of the impoverished, the mentally ill, asylum-seekers, victims of domestic violence, and abused and neglected children. It's baked into the nonprofit culture that the agencies' scant money must be spent wisely and to the clients' benefit.

"Our attorneys are underpaid, as well," said Jenny Farrell, executive director of Mental Health Advocacy Services in Los Angeles. "They can't afford to go to Burke Williams [Day Spa] on the weekend, or go to Hawaii with their families the way big firm attorneys can. We have to be extra creative, like doing family picnics in the park."

Nixon Peabody LLP associate Jennifer Cormano, a yoga instructor, volunteered to teach a wellness and mindfulness class for attorneys at nonprofits specializing in immigration cases in mid-September that included some meditation and stress-reduction techniques. A local yoga studio held another class for the same group the following week.

However, only four or five of the numerous attorneys who were invited actually showed up for the sessions, organizers said.

Sarah Weinstein, a Bay Area psychotherapist and lawyer who specializes in treating doctors and attorneys, said that lawyers often are resistant to care or uncomfortable with the prospect of treatment without a clear timeline for resolution. What they usually really need, she said, is a safe place to talk.

"They say they want results because that's what they feel like they need to say," she said. "I often joke that physicians are a little more open to being cared for."

The push for wellness in the legal industry is a recent phenomenon. Many calls to action note a 2016 report released by the Betty Ford Foundation and the American Bar Association finding that lawyers suffered from stress, anxiety and depression at a far greater rate than the general public, and they were also much more likely to abuse alcohol.

The ABA last year released a wellness pledge, which calls for legal employers of all types to take steps to improve mental health and fight substance abuse among their attorneys and staff. Dozens of law firms have signed the pledge, along with several law schools and companies including 3M Co.

Though the pledge specifically mentions legal aid organizations as targeted employers, none have yet signed onto the pledge.

That's not to say they couldn't use some help in that area. According to the ABA and Betty Ford Foundation study, attorneys in the public and nonprofit sectors experience comparable anxiety, depression, and alcohol abuse.

They say they want results because that's what they feel like they need to say. I often joke that physicians are a little more open to being cared for. 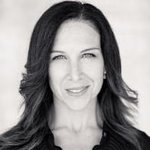 Attorneys at legal aid clinics and in criminal law experience vicarious trauma merely by listening to clients' upsetting stories. It can lead to what experts call "compassion fatigue."

"It's the exposure to this kind of cumulative level of trauma, over and over again," said Robin Belleau, Kirkland & Ellis LLP's first-ever firmwide director of well-being. "When I was in law school, they didn't warn you about it. They didn't talk to you about it."

The trauma works its way into attorneys' heads and personal lives, until they're essentially living it. It wears them down.

Belleau is well-acquainted with the phenomenon.

Fresh out of law school in the 1990s, she joined a public defender's office just outside of Chicago. Belleau worked for more than a year with the mother of a juvenile offender to get him drug treatment. One night, he overdosed.

His mother tried to summon an ambulance; the boy, high and paranoid, accused her of calling the police. As the 911 recording rolled, the mother screamed and pled with her son as he murdered her.

That recording remains etched in Belleau's memory nearly 25 years later. She stayed on and supported her juvenile client through the process of his murder trial.

"After that case, I actually ended up leaving the public defender's office for a period of time because it was so traumatic," Belleau said. "I had known him and his mother for years and had somewhat of a relationship with them after working with them for so long."

The constant flow of pain and trauma in case that Belleau handled caused her to step back and reassess her career. She still wanted to help people, but before they ended up in court, she said. So she became a licensed therapist.

Now, at Kirkland, Belleau is devoted to running wellness programs for the firm's roughly 2,500 attorneys and 2,000 staff. Additionally, she fields calls from any Kirkland employees who need help and speaks with them confidentially.

Reaction at the firm has been positive, she said. Senior partners have embraced her, and younger employees are excited. And it's good for the bottom line, experts say — lower stress means better productivity.

Cartagena, the Public Counsel attorney who experienced a bout of hopelessness after a client returned to an abusive partner, said that therapy must be provided thoughtfully. Her previous legal aid employer tried bringing in a counselor every other week for mandatory check-ins in the middle of the workday, but employees couldn't stand it.

It was uncomfortable to talk about the stress and trauma in the place where it occurs, and it often left them feeling raw and struggling to finish out the day. The organization ended up scrapping the counseling service at employees' request, Cartagena said.

Now a supervisor at Public Counsel, she said that her experiences have made it easier for her to identify signs of stress and trauma in her staff and help them to process it. If someone is particularly shaken, Cartagena will take the time to listen to them, coach them through breathing and reflecting on their feelings, and might invite them to take the day off or connect them with resources that might help.

Some organizations have found success in approaches like this. The New York-based Legal Aid Society's Juvenile Rights Practice was able to reduce trauma and burnout using personal, institutional and professional techniques between 2010 and 2014, according to an American Bar Association report.

The personal responses included a proper work-life balance, meditation exercises, and a focus on self-care. On an institutional level, the group took steps such as encouraging a supportive workplace culture and contracting with an outside agency to provide its employees with a professional counseling hotline. Professionally, it provided training and debriefing meetings in the office, and presented on the topic at national conferences and law schools, the report said.

At Mental Health Advocacy Services in Los Angeles, Farrell, the clinic's executive director, said she works with the human resources department to ensure there is a culture that emphasizes wellness and work-life balance.

It's the exposure to this kind of cumulative level of trauma, over and over again. When I was in law school, they didn't warn you about it. They didn't talk to you about it. 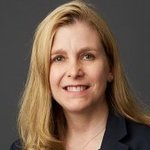 Everyone in the office gets up at 3 p.m. every afternoon for a stretch, and people mill around in the hallway for a little while. But there isn't much in the way of resources devoted to employee wellness, she said.

"Of course we would love a grant to pay for us to all have, I don't know, a masseuse come through our office every couple of weeks or whatever," she said, chuckling.

Farrell said she believes deeply in wellness, particularly given the expertise of her legal aid clinic. It's the right thing to do, and it's good for the bottom line, she said — lawyers who have healthy levels of stress and the resources to cope with it are sharper and have better memories.

Legal aid groups are doing their best with what they have, she said.

But it's tough. The joint wellness exercises, like those recent yoga classes, can't serve everyone in need, and aren't usually common occurrences.

Additionally, experts say many lawyers should be regularly seeing a therapist. Hiring staff therapists, however, can be prohibitively expensive for many groups.

Regardless of their budget sizes, the organizations take on plenty of trauma.

Farrell rattled off a list of cases she has handled over the years at different agencies that shook her to her core: There was the woman beaten by her husband and forced to eat nothing but potatoes while she was pregnant. The abuser who threw a young mother's baby when she tried to leave him. The girl whose uncle kept her out of middle school so he could sexually abuse her and force her to clean his home and restaurant for over a year.

"We have a lot of terrible stories," she said. "That is what every legal aid attorney deals with on a daily basis."