Why Probation And Parole May Need A Reboot 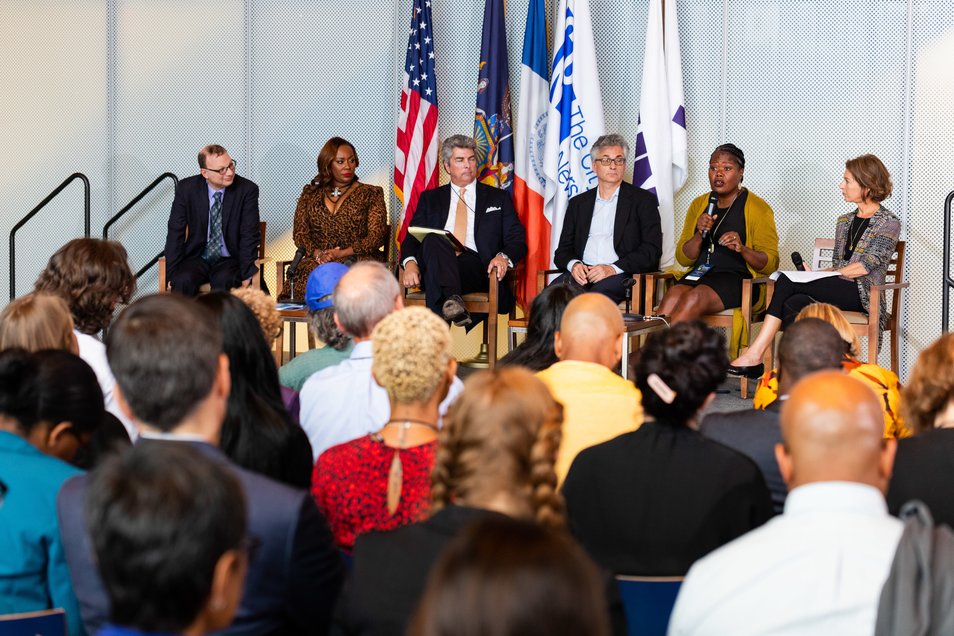 
Back in the 19th century, probation and parole were designed "as an act of mercy and redemption and rehabilitation," according to Vincent Schiraldi, co-director of the Columbia Justice Lab.

The former was intended to be a front-end alternative to incarceration, and the latter a back-end release valve for incarcerated people who were considered rehabilitated before their sentence was up.

But by the time Schiraldi started his four-year stint as commissioner of the New York City Department of Probation in 2010, he realized that policy wars on crime and drugs had created an attitude of "nothing works" within the justice system, he said.

"At the time, 'we need to help them' was not the way to go," he recalled. "You wanted to pack guns, wear clothes that looked a lot more like cops. You wanted to kick in doors and look through underwear drawers. And that sort of sucked, especially for a lot of commissioners and staff who came in wanting to rehabilitate people."

Schiraldi's comments came during the Smart on Crime Innovations Conference at John Jay College of Criminal Justice in New York City last week, in a panel discussion focused on transforming community supervision into a tool that can advance justice by helping people, not locking them back up.

According to Solomon, a similar panel at last year's Smart on Crime conference had covered how problems in America's parole and probation systems were too often overlooked and understudied.

"That does not feel like the case one year later," she said. "And one reason is Meek Mill — he really made this real and used his human story to shine a bright light on the injustices."

The Philadelphia rapper made headlines in November 2017 after a judge sentenced him to two to four years in state prison over probation violations involving riding a dirt bike and an alleged scuffle at an airport. The underlying crime, a drug and gun charge, had occurred in 2007, but the case wasn't resolved until last month, after years of advocacy from high-profile celebrity backers like Jay-Z and Kevin Hart and a misdemeanor plea deal with Philadelphia District Attorney Larry Krasner.

His case helped highlight the way mass incarceration is partially driven by community supervision. According to a June report by the Council of State Governments Justice Center, nearly one in four state prisoners are incarcerated for "technical" parole or probation violations — conduct, such as missing a curfew or failing a drug test, that wouldn't normally land someone in lockup.

At the Smart on Crime panel, Justice Boggs said one solution can be legislative. After all, he said, much of the problem is the way statutes are written. In Georgia, for example, he said probationers must "avoid people or places of disreputable or harmful character."

"I'm not sure what that means, but it is a general condition of probation," he said, also noting other prohibitions on things like consuming alcohol or going to places where alcohol is served.

"That's every Ruby Tuesday's — every restaurant, probably," he said.

To combat the problems, his state passed legislation in 2017 and 2018 to reduce the caseloads of probation officers. The laws created a new Department of Community Supervision, taking oversight responsibility away from the Department of Corrections.

Georgia also made it easier for people who owed fines and fees to get off probation by putting the burden on the new Department of Community Supervision to submit petitions on behalf of those who've fully paid victim restitution.

Boggs said that, when the burden was on probationers themselves, he only saw about 10 such petitions as a judge. But since July 2017, 21,000 such petitions have been submitted by the new department — 83% of which have been granted.

"The average sentence saved for each of these individuals was 6.5 years of probation," Boggs said, to murmurs from the audience.

To contrast Justice Boggs' focus on legislative changes, Preuitt, who oversees a community justice department in Oregon, touted policy reforms that have helped her county achieve a 1% revocation rate. She said a key to their success is a limit of three days in jail for technical violations.

"If they abscond, it's not an automatic 30 days, because, do they need to go back for 30 days?" she said. "Our supervisors are trained to ask, 'Why not do it for three?' Jail does not prove to change behavior, so if you're trying to change behavior, don't put someone in jail."

As an example, he pointed to a new limit of 75 parolees per officer, and the use of graduated sanctions and positive incentives as alternatives to incarceration.

"And even after you've done all these different things, send someone to an intermediate sanction facility for 60 or 90 days, versus sending them back to prison for the remainder of their sentence — which could be 10, 15, or 20 years," he said.

Schiraldi's experiences in New York led him to join over 60 other former or current parole and probation executives last month in launching a group called Executive Transforming Probation & Parole, or EXiT. It aims to reduce the number of people under supervision.

The group's mission statement includes a goal of establishing probation and parole that "tailor conditions … to the needs and goals of each individual" — a far cry from the attitudes Schiraldi experienced less than a decade ago.

Ultimately, The Ladies of Hope Ministries' Sam said, community supervision must include more people with lived experience, like herself. Having served three and a half years on drug trafficking charges, she said she remembers what it was like to realize parole was just another criminal sentence.

"Those of us who've actually lived that experience, if we're not actually working alongside these officers, it's going to fall short," she said.