How A Cottage Industry Filled The Cannabis Banking Gap

Law360 (October 21, 2019, 3:35 PM EDT) -- The cannabis industry's problems finding banking might be the one thing most people know about what it's like to run a pot business.

But it's not because the banks can't take cannabis clients — it's that they usually won't. The U.S. Treasury has issued guidelines for what banks can do to handle the money from licensed cannabis businesses. But with those guidelines come both costs and risks banks must bear. 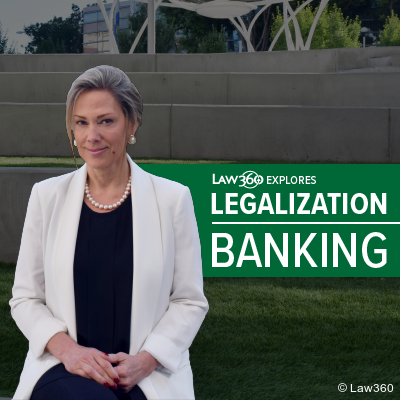 Sundie Seefried is the CEO and President of Partner Colorado, a credit union that provides bank accounts to cannabis businesses.

And at the same time, more and more cannabis companies are opening their doors, looking for banks to take their cash. So a cottage industry has popped up to fill that banking gap: a collection of companies known as "banking alternatives" that help connect banks and cannabis businesses through software, auditing and cash collection.

It's a totally unique financial services sector created just for the cannabis industry. And while some entrepreneurs see it as a much needed solution, lawyers advise some caution.

"Are there companies that are rushing to any solution that they can find that seems viable? Absolutely," said Sahar Ayinehsazian, an associate at cannabis law firm Vicente Sederberg LLP and co-leader of the firm's banking and financial services department.

"Do I suggest that? Not so much. Do I understand where it comes from? Yes."

Mountains of Reports … and Risks

Safe Harbor Private Banking is a division of Partner Colorado Credit Union that serves the cannabis industry. It provides bank accounts to both plant-touching and ancillary businesses. But the work that goes on behind the scenes is extensive — and if it isn't done right, the entire credit union could be at risk, according to Partner Colorado CEO and President Sundie Seefried.

"There is no amount of money we can make as a financial institution to pay for the risk that we're taking," Seefried said.

The guidance issued by the U.S. Treasury's Financial Crimes Enforcement Network for banks handling weed money is only seven pages long, but that doesn't mean the list of compliance measures banks must take is short.

There is no amount of money we can make as a financial institution to pay for the risk that we're taking. 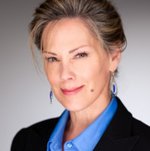 CEO and President
of Partner Colorado

Under the Bank Secrecy Act, banks must file reports on transactions that they believe involve money derived from illegal activity. And with marijuana listed among the banned drugs in the Controlled Substances Act, that means every dollar from cannabis accounts has to be tracked.

In recent months, Safe Harbor has processed more than $200 million in deposits from its cannabis clients. In June, it filed 1,000 reports on the activity in their accounts, according to Seefried. At the time, it had about 260 clients.

Seefried and her staff think of every dollar as dirty until they can say with confidence where it came from and whether it is legitimate. And the feds are watching closely. This year, Safe Harbor had regulators visit for an examination — its 13th since 2015. Most banks and credit unions only have those visits once a year.

Seefried said she and the credit union's other executive leadership could face jail time and personal monetary penalties if they run afoul of anti-money laundering laws. And the credit union could be leveled by a hefty Bank Secrecy Act fine.

"So every day that you come in here, you, you ask yourself — doing the right thing, is it worth the risk to put the whole credit union at risk? And that is what we have done," Seefried said. "That's why your big banks won't get into it. And I don't blame them. Not one bit."

Even as more and more states allow for licensed cannabis businesses, there are very few banks willing to serve them. A report from FinCEN says there are about 550 banks and 160 credit unions that take cannabis money. That's an increase over previous years, but still a relatively small number compared to an industry expected to hit $45 billion in the next five years.

And many of the banks that do take cannabis clients are secretive about it, according to Ayinehsazian. Asking a cannabis business where they bank will likely get you nowhere, she said.

"The worry is that if you tell everybody about your institution, everyone in the industry is just going to storm it because they're so few and far in between — and the institution will get overwhelmed, stop taking on cannabis clients and maybe even shut you down," she said.

The Rise of 'Banking Alternatives'

An industry entirely separate from the financial institutions has evolved over the last few years to help cannabis companies turn their cash digital.

Ayinehsazian calls them "banking alternatives." They are companies that work with cannabis businesses to get them a bank account, or some other kind of digital account.

"Their main job is to take the cash out of the cannabis industry and make it so that businesses can pay each other, can pay their landlords, their taxes and whatnot in not cash ... hopefully in checks, wires, [Automated Clearing House]," Ayinehsazian said.

Many have relationships with banks interested in taking on cannabis accounts, and can connect the cannabis business with a bank. They'll audit the cannabis company before opening the account, and then do repeating audits and help the bank file the required reports over the course of the account's lifespan.

Are there companies that are rushing to any solution that they can find that seems viable? Absolutely. Do I suggest that? Not so much.

Others don't offer a true bank account — they work more like PayPal, where the cannabis business' money is in a digital account that they can use to pay bills and accept payments.

Ayinehsazian was the director of regulatory and governmental affairs at one of the banking alternatives, PayQwick, before she joined Vicente Sederberg. PayQwick works more like the PayPal model, where it takes cash from the companies and puts it into a digital account.

Another banking alternative, Dama Financial, connects cannabis businesses with banks willing to take them on. Dama audits the cannabis business' books and visits their facility before working with them, according to the company. They prepare all the reports the banks need to be compliant with the FinCEN guidance on cannabis banking.

After getting help with the heavy compliance lifting, the banks can provide the cannabis companies with both checking and interest-bearing accounts.

Who pays for this? In general, it's the cannabis company. Dama Financial charges cannabis companies a percentage of each deposit, and shares some of that revenue with the bank.

Ayinehsazian said there are about 40 or 50 banking alternatives out there that are providing viable services to the cannabis industry. Regulators are starting to pay more attention to this cottage industry, so banking alternatives have just as many hoops to jump through as the banks, she said.

"You need to make sure that above all else you are following the FinCEN guidance to an absolute T, sometimes even more so than a traditional bank that's in this space because you are kind of an outlier, really," Ayinehsazian said.

And cannabis businesses need to do their homework to make sure that the company they're giving their money to is the right one.

John Oram, CEO and founder of NUG, a marijuana company based in Oakland, California, brought on a banking alternative this year.

He'd spent years trying to get NUG a bank account, with no success. So he had to pay everything in cash: taxes, bills and his employees' wages.

With the help of his banking alternative, he can pay his employees via check, a game-changer for workers who received their entire salary in cash until recently. They no longer have to worry about the danger they're in, carrying their paycheck in cash home with them.

But he's still hopeful a bank will take on NUG.

"We're still looking for a more normalized commercial banking relationship where we can write checks just like everyone else and we can do direct deposits and we can wire funds to vendors on a very day-to-day, transactional basis," Oram said. "Our banking facilitators that we work with now don't offer those services."

But his company is 10 years old, and it has 200 employees. Oram said he couldn't wait any longer.

Will Congress Step In?

For Oram and others like him, facilitators may offer a partial fix. But cannabis trade organizations are hopeful Congress will find a permanent solution.

The Secure and Fair Enforcement Banking Act, or SAFE Act, is a bill designed to ease some banks' fears about taking marijuana money by protecting them from some federal backlash. It passed the U.S. House of Representatives at the end of September.

It's not clear if the bill will continue to move forward. But Seefried says even if it becomes law it won't alleviate the risks financial institutions face from the Bank Secrecy Act.

"The requirements that we have to go through at this point in time to know that money, know that business and know those owners will never change," Seefried said. "So that is a heavy burden that we will continue to have to carry even after the SAFE Act."

Correction: A previous version of this story incorrectly named the division of Partner Colorado that handles cannabis banking. The error has been corrected.

This is the second in a series of articles that accompany episodes of our new podcast, Law360 Explores: Legalization. Come back tomorrow to read the next installment on regulatory challenges. You can also subscribe to the show on Apple Podcasts, or find all the episodes here.