The cannabis industry is among the country's most heavily regulated, so any idea needs to be tailored to the government's rules — and it isn't easy to follow them. Regulations vary from state to state, are constantly changing, and can be expensive for those looking to comply. 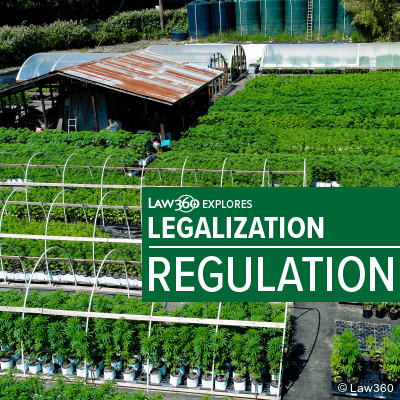 
The most extreme example of cannabis' regulatory maze is in California. After legalizing recreational marijuana a few years ago, it's become the world's largest cannabis economy.

But attorneys working within California's cannabis landscape say their clients are being put through the ringer. Illegal operators are thriving, while those trying to comply with the laws say it's an expensive and nonsensical endeavor.

"There's still a lot of unknowns," said Navid Brewster, corporate counsel and head of compliance at California cannabis company Loudpack. "Even though we do have final regulations, there is still a lot of ambiguity, gray area, that needs to be flushed out either through policies or stated positions by the agenc[ies]."

Putting Rules on the Books

So California created a new license to help those who didn't have their annuals yet — the provisional license.

You feel like you're getting thrown around a lot, and every time you think you've solved for X, a new equation comes up because you're going another layer into the regulations or compliance. 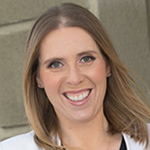 The different types of licenses require varying levels of compliance with the regulations, which have also been written and rewritten over the last two years.

And the rules are extremely specific. They dictate everything from the size of an employee's picture on their badge to the style of vehicle that can be used to transport marijuana.

"The regulations really wrap their hands around everything your business has to face on a day-to-day basis," Brewster said.

It's a lot to stay on top of. And there are three different agencies overseeing the different elements of the industry, from growing to manufacturing to sales.

That structure was written into Proposition 64. Brewster says it makes sense to have agencies whose purpose most closely aligns with one segment of the industry overseeing that segment — but it hasn't worked very smoothly so far.

"I don't get the impression that they're talking to one another or interacting on a day-to-day basis when there is overlap in the regulations," Brewster said. "And so that creates inconsistent results."

Plus, there's the cost. In addition to state licensing, businesses need local licenses, and Brewster says he's seen application fees for one city approach $50,000. That's not counting the cost of consultants, lawyers and other vendors businesses hire to get them ready to submit.

And for attorneys advising cannabis clients on the regulations, the shifting ground is an added challenge.

Kimberly Simms, a cannabis attorney in San Diego, says the changing rules have felt like "whiplash."

"You feel like you're getting thrown around a lot, and every time you think you've solved for X, a new equation comes up because you're going another layer into the regulations or compliance," Simms said.

Like many residents of California's Emerald Triangle, Mikal Jakubal has grown weed on his property in Humboldt County for decades. It was where he ran his bamboo nursery business, but he often had a few cannabis plants growing on the land as well.

After years of selling the area's weed growers a variety of bamboo good for hiding pot patches, Jakubal did some experimentation with growing marijuana as a plant for sale to medical users. After California voted to legalize recreational marijuana, Jakubal went all in on running a marijuana nursery.

He would grow plants from seed, and individuals and growers could come to the nursery and pick out their plants to take home. 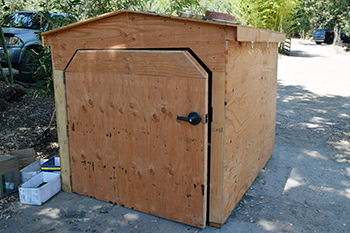 "The next year we started 10,000 seeds. Last year, we started 20,000. This year, 30,000," Jakubal told Law360. "I took a risk that the licensing was all going to come through and we'd be able to sell the amount of plants that we would have otherwise been able to sell if weren't for the agencies dragging their feet on licensing."

Because of his business model, Jakubal needed to get all three types of licenses California offers: cultivation, distribution and retail. To operate this year, he needed provisional versions of each. He got the cultivation and distribution licenses, but he got stuck when the state's Bureau of Cannabis Control was reviewing his retail license.

To receive the retail license, Jakubal needed an indoor facility to store the plants for the few minutes between when a customer picked them out to when they paid for them. Under the regulations, the plants would technically be in storage for that time, and they have to be stored indoors under lock and key. Because his business is an outdoor nursery, it would be the only time the plants had ever been indoors.

He designed a storage unit about the size of a dog house, and shared the design with the bureau. But Jakubal said the regulators wouldn't approve his plans before the structure was built. So he went ahead and built it, outfitting it with cameras and commercial-grade locks, and bolted it to the ground.

He sent pictures of the dog house to the bureau. Several days later they got back to him in an email, saying it wouldn't work because it wasn't attached to another building on his property. It was the first time he'd ever heard of that requirement, he said.

While Jakubal was going back and forth with the bureau, his plants were approaching the point when they are most valuable, he told Law360. The season for growing marijuana outside was closing, and if the plants got too old he wouldn't be able to sell them.

He was also facing down some serious debts from the process of getting his nursery going at the beginning of the season, and the costs of the licensing process. People kept showing up to buy plants, and he had to turn them away.

Ultimately, Jakubal took a safe and bolted it to the ground of his retail office. It didn't have the required camera inside, but the bureau approved it anyway. Jakubal got his retail license in July.

He described the entire process as a farce that both he and the regulators are in on.

It was late in the season by the time he could start selling, so he had to mark down the prices of his plants. He was able to pay off his debts, but he said what should have been his best year in business was more like his worst.

The dog house debacle was just one of the hoops Jakubal says he had to jump through to make his business compliant with the rules.

There's nothing in California's laws that bar a cannabis business like Jakubal's. But the regulations clearly don't accommodate a nursery growing plants outside and selling them to individual customers, Jakubal said.

"What are we supposed to do? Their regulations do not understand our entire business model. So we're supposed to completely shut down? No, we're not," Jakubal said.

He's hopeful the regulations will change again, and he's in contact with legislators to try to move that process along. But if the rules don't change, he's not sure he can stay in business.

Lawyers that advise cannabis businesses like Jakubal's say their work is mostly about trying to get ahead of the regulators.

Before he went in house at Loudpack, Navid Brewster was an associate focused on regulations at cannabis law firm McAllister Garfield PC. Brewster says that when he was a regulatory attorney he would try to give his clients all the possible ways the regulations could be interpreted. But it's hard to predict which interpretation the different agencies will go with.

Kimberly Simms says her expertise in the licensing process has taught her the ways the regulations differ between agencies — and how to craft license applications with that in mind.

For example, the definition of "owner" varies between California's three regulators.

A big part of Simms' job is making sure her clients have everything they need to make it through the process — including enough money.

Their regulations do not understand our entire business model. So we're supposed to completely shut down? 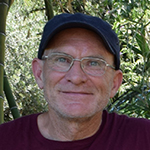 "Sometimes the licensing process itself is very long and very arduous and you do need a team," Simms said. "Even some of my most sophisticated operators who really did carry the ball almost to the finish line themselves, still called someone like myself in at the end or throughout to fact check and make sure they were doing things the right way."

Both Simms and Brewster say they expect things to get easier as the state and the businesses settle in.

With time, Brewster says businesses will get familiar with the way the regulations work with their businesses, and the attorneys advising the industry will get more clarity on how the regulators are interpreting some of the more ambiguous rules.

"Also, the regulator's going to be working to polish their regulations," Brewster said. "And so with that, I think that the industry is gonna mature."

California's Bureau of Cannabis Control, which oversaw Jakubal's retail license, did not respond to requests for an interview about its regulations.

But Cat Packer, executive director and general manager of Los Angeles' Department of Cannabis Regulation, told Law360 about why the regulatory process is currently so complex.

Packer acknowledged that the licensing process is extremely complicated for California cannabis businesses, and that the state doesn't have all the staff it needs to review all the applications.

But she said those in the industry need to recognize the role that regulators play.

"There are all of these different potential health and safety impacts, and we're seeing that happen in real time, with the crisis that's going on with vaping as it relates to e-cigarettes and potentially a cannabis-related vape cartridges," Packer said.

"And although an industry's bottom line and motivation may be to stay in business, government's responsibility is to everyone who's involved in the conversation."

This is the third in a series of articles that accompany episodes of our new podcast, Law360 Explores: Legalization. Come back tomorrow to read the next installment on protecting cannabis brands. You can also subscribe to the show on Apple Podcasts, or find all the episodes here.