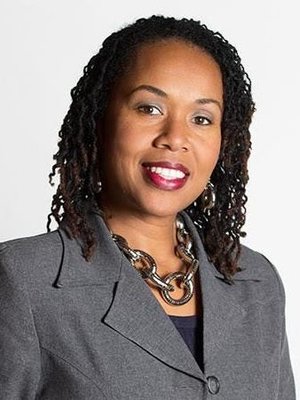 Monique Haughton Worrell, chief legal officer for the Reform Alliance, aims to help states around the country reform their probation and parole laws.

One of the first people brought on board was Chief Legal Officer Monique Haughton Worrell, a former director of the conviction integrity unit at Florida's Ninth Judicial Circuit who's also spent time as a solo practitioner, U.S. Department of Justice attorney and University of Florida Levin College of Law professor.

"I think it's definitely helpful to raise profile and awareness — how much it helps remains to be seen," she said. "Their audiences will be interested, but we need to also reach a very broad audience."

Here, Law360 talks with Haughton Worrell about the Reform Alliance's mission, what states to watch for parole reforms going forward and why probation and parole are so problematic in the first place.

What are you hoping to achieve at the Reform Alliance?

As a careerlong defense attorney, I've worked very hard to keep people out of prison and out of jail, but I never really contemplated the impact that probation and parole have in their lives. My main objective in this role is to create public awareness about the impacts of probation and parole on our citizens and hopefully contribute to legislation that will make it better.

How do probation and parole make people's lives more difficult?

The statistics are actually harrowing. They show that there is an extremely large amount of people who are returned to prison for technical violations while on probation and parole.

Technical violations are dirty urine, curfew violations, missing an appointment with the probation. or parole officer, suspicion of criminal involvement, police encounters, things that would not land you or I in jail or prison, but because of someone's status of being on probation or parole, it could land them in prison.

That's one of the major problems, the fact that just simply being accused of a crime can land a probationer or parolee in prison for an exorbitant amount of time — months, sometimes even years — just waiting for determination of whether or not they are actually involved in any crime.

What states are on the Reform Alliance's radar when it comes to transforming probation and parole?

Pennsylvania is our first. We're hoping to have a bill passed there, what we call "common-sense probation," or smart probation reform.

The bills we're proposing will have caps on how long people can be on probation. They will remove the jeopardy of incarceration for technical violations. They will also provide for "good time" for people who are on probation: Every few months that you successfully complete probation, you become eligible for time off the end of your probation session.

We're hoping to make these things retroactive, so that it will not just be for these individuals from here on out, but will go back and look at a broken probation system. And the reason we started in Pennsylvania is because Pennsylvania has the second-highest rate of individuals on probation and parole, per capita. Georgia and Florida are also on the list.

Will you also pursue reform through litigation?

Litigation is one of the ways to do it, but we will not actually be directly involved in any litigation. Our purpose is to change hearts, change minds and legislation.

There's also possible reform through the criminal laws and rules of procedure.

Right now, the Philadelphia Defenders Association has filed a brief with the Pennsylvania Supreme Court with regards to detainers — does detaining people while they await a determination of probation violation fly in the face of due process? That's a procedural thing that, if changed, will be outside of and go beyond legislation. We're in support of the Defenders Association and their position.

What egregious patterns and practices do you want to draw attention to?

Since I started in July, I have gone essentially on a tour around Pennsylvania asking people to share their stories with us. And what I found is egregious cases where people have been impacted greatly because of probation and parole.

One particular case that stands out is a woman who gave birth just hours after being arrested on a probation violation.

She was in custody, her family was not permitted to be with her. She literally gave birth in the presence of law enforcement. She was allowed limited visitation with her daughter while she was in the hospital for four days. Four days later, she was sent back to the jail where she spent seven months on a technical probation violation. So her daughter was seven months old before she was ever able to hold her again.

To me, that's egregious — it was a technical violation, it wasn't a new violation of some law ... and she spent seven months in jail.