'Why Is My City Monitoring Me?' 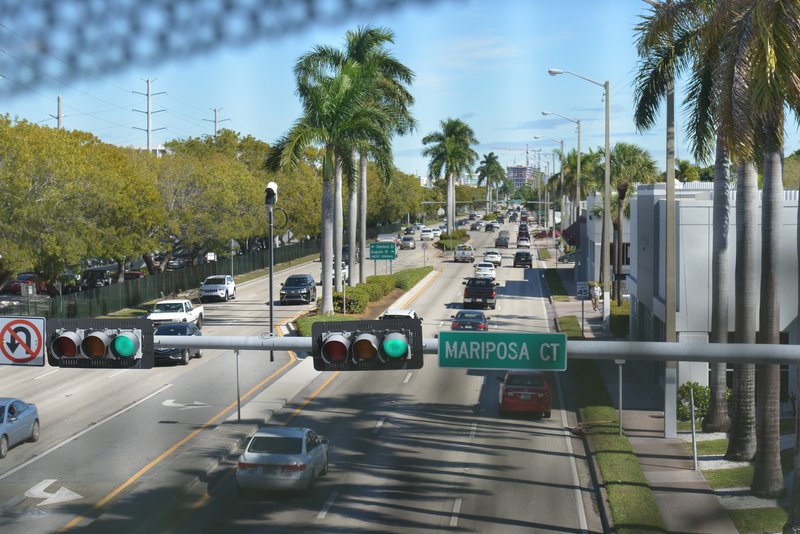 A judge recently refused to dismiss a lawsuit against Coral Gables, Fla. over its use of automated license plate readers to scan license plates. The technology has faced a number of suits over concerns about the collection and storage of that data. (NCLA)


Some time after the city of Coral Gables started using automated license plate readers to scan the license plates of cars at select intersections, a longtime resident of the Miami suburb, Raul Mas Canosa, filed a request with the city to see what information it had on his movements.

Canosa says he found the city had 80 pages of documents and images showing him at various locations around town. 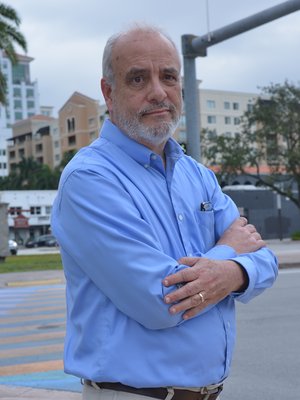 "I have no criminal record," Canosa said in a video discussing the issue. "Why is my city monitoring me?"

Canosa is currently suing Coral Gables for violating his right to privacy by using automated license plate reader, or ALPR, technology, and in October, his case survived a motion to dismiss, allowing him to move forward into the next phase of the lawsuit.

But Coral Gables is ready to continue defending its use of the technology, which City Attorney Miriam Soler Ramos described as "an effective law enforcement tool used throughout the country."

"[Coral Gables] believes in the legality and efficacy of its ALPR program and has complied with all applicable state statutes and regulations authorizing and governing ALPRs," she told Law360 in a statement.

Coral Gables is far from the only place where ALPR technology is being used. Advocates say that millions of people every day are logged by these cameras — and that more jurisdictions are installing them all the time.

"We're deeply concerned about this technology because it's feeding into absolutely gigantic databases filled with billions of private details charting out people's movements, associations, patterns of life in ways that are extraordinarily revealing," said Nathan Wessler, a staff attorney with the American Civil Liberties Union.

"And without strong safeguards, including judicial oversight and retention limitations and other protections, these databases threaten to give government agencies and private corporations incredible power to know so many of our most sensitive details," he added.

We're deeply concerned about this technology because it's feeding into absolutely gigantic databases filled with billions of private details ... 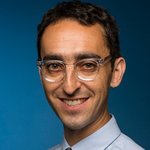 Technologically, ALPR systems are fairly simple and straightforward. The system requires a digital camera that can capture high-resolution images and a software program that can translate the image of a license plate into letters and numbers, which will then be entered into a database or run against a list of wanted license plates. Both technologies have been around for years.

The tech has also been getting cheaper, leading to a proliferation of ALPR use by cities and law enforcement. One survey by researchers at George Mason University in 2016 found that in 2006, about 8% of large law enforcement agencies used ALPRs; by 2016, 66% did.

Systems might involve stationary cameras mounted at intersections, cameras mounted on police cars or some combination of the two. For some jurisdictions, the system is only used to run license plates in real time, but for many — including Coral Gables — the information is stored in a database, which can be searched later.

The technology has been touted as a way to investigate crimes, identify stolen vehicles and even deter crime. Coral Gables, for instance, sold the use of ALPR cameras to residents as a "geofence" around the city, preventing crime from spilling from Miami into the town of 50,000.

Caleb Kruckenberg, an attorney with the New Civil Liberties Alliance, which is representing Canosa in his suit against Coral Gables, said he is skeptical of that claim.

"In practice, what they've done is they've set up at least 30 cameras around the city, and it's not just the perimeter," he said. "They have these cameras at all the major intersections in the city."

A report issued in October by an independent ethics board for Axon, a company that develops products for law enforcement, found that ALPRs do tend to result in a major increase in the number of stolen vehicles that law enforcement is able to identify and a corresponding increase in arrests and contraband seizures.

However, the report also found there was no evidence such systems acted as a deterrent, citing a lack of research into whether ALPRs could be useful in solving violent crimes or increasing traffic safety.

The report also raised concerns that such systems could be used to help cities crack down on low-level offenses and generate revenue from fines and fees, policing tactics that often disproportionately hurt low-income residents and residents of color.

The ethics board also questioned whether such benefits were worth the privacy implications, noting that the hit rate was "astronomically low."

In Maryland, for instance, ALPRs scanned 29 million license plates in six months in 2012, but only 0.2% of them were flagged for illegal activity. Of those, 97% were flagged as either an emissions or registration violation.

The report recommends that ALPR vendors, including Axon, build their products to be more transparent and try to prevent them from being easily used for surveillance, such as limiting the type of activity that will trigger alerts and only storing data for a short time.

"Not only should communities have a say in what surveillance technology gets purchased and how it is used, but law enforcement agencies must adopt policies and practices that ensure their use of ALPRs is equitable, well-informed and transparent to the communities they serve," the report said.

"Vendors should design products to help ensure that — to the extent this technology is deployed — it is used transparently, equitably and effectively," the report added.

Axon told Law360 that it is going ahead with its plan to develop ALPR technology for police vehicles, and that it will work with the ethics board and civil liberties groups to design it.

The largest vendor of ALPR technology today, however, is a company called Vigilant Solutions, which is also the vendor used by Coral Gables. Though the numbers on its reach are hard to come by, the company's technology potentially scans over 1 million license plates per day, according to advocates. It also allows municipalities to share local data with state and federal agencies, including Immigration and Customs Enforcement.

Vigilant Solutions did not respond to a request for comment.

"Imagine if you tracked every single license plate of a vehicle parked near a political protest or outside a health care facility like an abortion clinic or outside a church that served as an Alcoholics Anonymous meeting or even every vehicle going to a mosque for Friday prayers," said Albert Fox Cahn, executive director of the Surveillance Technology Oversight Project. "You could easily use automated license plate readers to detect when people are going to some of the most sensitive sites that we visit in our daily lives."

Cahn, who is based in New York, said that he is particularly concerned given the history of the NYPD targeting political activists with heavy-handed surveillance techniques.

You could easily use automated license plate readers to detect when people are going to some of the most sensitive sites that we visit in our daily lives. 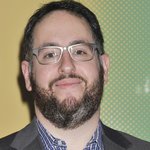 In 1985, the city entered into a consent decree following a class action lawsuit over NYPD surveillance of political groups such as the Black Panthers, gay rights activists and anti-war protesters. The decree has been updated since, but Cahn says it has not necessarily kept up with the latest tech.

That means, he said, that the NYPD might be using ALPR technology to target people based on their political views, even though such views are protected by the First Amendment.

The NYPD did not respond to a request for comment.

Advocates also worry about data breaches — which have happened in Boston and against the system used by U.S Customs and Border Protection — as well as the potential for false positives. If an ALPR camera isn't able to get a clean picture due to lighting, dirt or other issues, it can misread a license plate and potentially misidentify a stolen vehicle.

For instance, in California, police stopped Brian and Jonathan Hofer in November 2018 after an ALPR camera identified their rental car as stolen based on an outdated police report. Both men were directed to exit the car at gunpoint and handcuffed, and Jonathan was injured after an officer pushed him to the ground, according to a complaint the Hofers filed in federal court after the incident.

As ALPR technology becomes increasingly cost-effective, the only real check on its use will be from regulation and the courts, advocates say. Both STOP and the ACLU have encouraged states and municipalities to adopt laws governing the use of the technology. Advocates are also filing lawsuits to challenge ALPR data under the privacy protections of the Fourth Amendment.

"I do think that we're at a moment where the courts are going to have to grapple with [ALPRs]," Cahn said.

So far, advocates have scored some victories under state law, including a lawsuit brought by the ACLU in Virginia, which wound up imposing restrictions on law enforcement based on a state privacy statute. However, the question of whether the use of ALPRs is constitutional has yet to be resolved.

Kruckenberg said that's what the NCLA hopes to do in Coral Gables. And now that the case has survived the motion to dismiss, he said he's eager to start requesting documents in discovery to see just how this technology is used in Coral Gables, who has access to it and what effects it has had.

"We see this as a chance to make new law or push the law to protect people against automatic license plate reading cameras nationwide," he said.