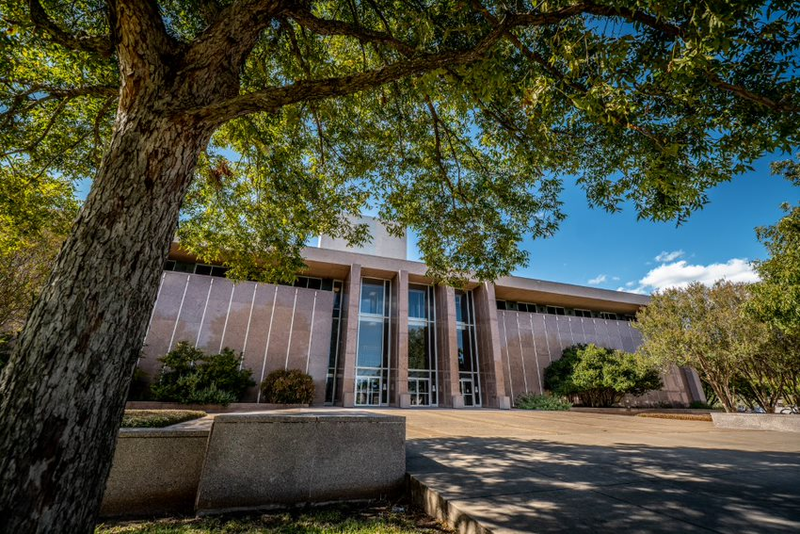 The Texas Supreme Court recently heard arguments about whether the rights of an alleged sexually violent predator were violated because he didn't appear in person for a trial over his civil commitment. (Texas Office of Court Administration)


What it really means to be present in court — and whether the use of video technology counts — recently took center stage at the Texas Supreme Court, as justices grappled with that due process question in the context of a state law intended to protect the public from sex criminals.

The case before the court on Jan. 7 for oral arguments concerns Maurice Bluitt, who was convicted in 1987 of sexual assault and in 2000 of indecency with an 8-year-old child by contact. The state eventually pressed to have Bluitt civilly committed under Texas law as a "sexually violent predator."

Bluitt couldn't physically make the trial that followed — he was incarcerated in Colorado on a separate kidnapping charge — and balked at the use of video conferencing technology instead, contending it would violate his due process rights. Still, the trial proceeded without him, with a jury finding that he was a sexually violent predator.

The case reached the high court after a lower appellate panel agreed with Bluitt that the relevant statute required him to be physically present for the initial trial.

Last week, Melinda Fletcher, a prosecutor for the state, told the high court that as Bluitt was provided with an attorney and with video conferencing, Texas had not violated his due process rights. Legal precedent calls for inmates who cannot attend a civil trial because they are incarcerated to "be allowed to attend via some sort of technology," the state has argued.

"There had to be something else, but that something else did not have to be physical presence," Fletcher said during the arguments.

Twenty states and Washington, D.C., have procedures for civilly committing individuals after they have served their prison sentences for sexual offense violations, allowing courts to determine that the individuals are beyond rehabilitation and will reoffend if allowed to live among society, according to the nonprofit Association for the Treatment of Sexual Abusers.

Bluitt was serving a 20-year sentence in Texas when he was released on parole in 2016, according to court documents. That effectively placed him in the hands of Colorado authorities, who shuttled him over to the Centennial State on the 1998 kidnapping conviction.

Texas sought to bring Bluitt back for the trial, which began in April 2017, but Colorado doesn't allow inmates to leave the state for civil trials, which is how the commitment trial is classified, said Lisa Mullen, his attorney, to the Supreme Court.

Texas typically gets such trials underway while individuals are still physically in its custody, but failed to do so in Bluitt's case, setting up the scenario with the video conference, Mullen said.

Texas argued that the statute's language clearly means that civil procedure rules should kick in during such instances, but Mullen noted that at least one part of the statute calls for criminal procedures — and an individual's physical presence — to be followed should a new trial be called. Another section of the law calls for video conferencing to be used during biennial reviews, Mullen said.

"If the legislature had felt that it would sustain due process in the initial trial to allow video conferencing, they would have said it," she said.

Mullen could not be reached for further comment on Thursday.

"I don't know how to apply it," said Justice Busby, who questioned whether the court should hold that that portion of the statute has no force as the matter is neither a misdemeanor or a felony.

"Nothing replaces the ability to reach over and touch your attorney or write a note to express to him your interest in whatever is going in the case," Mullen said. "Nothing can replace you sitting there in the courtroom with a jury."