When Joshua Browder heard that the American Bar Association selected his DoNotPay app for its 2020 Louis M. Brown Award for Legal Access, he was surprised that the nation's largest group of lawyers had used the phrase "robot lawyer" in the announcement. 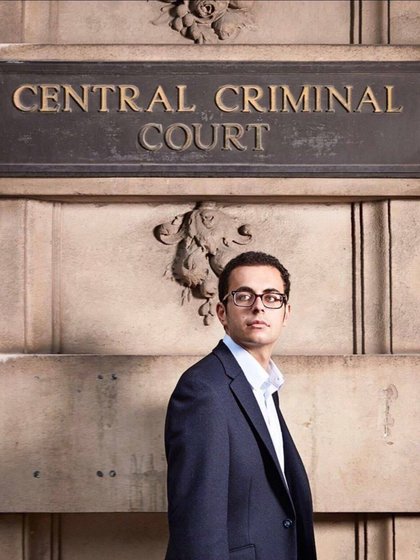 Joshua Browder, founder of DoNotPay, is helping everyday people "sue anyone at the press of a button."

"Lawyers really hate the phrase because they love accurate terms and they say these tools are neither robots nor lawyers," Browder, DoNotPay's 23-year-old inventor, told Law360. "But I think they need to get more imagination and realize that consumers are fed up and that this tool empowers them — 'robot lawyer' is an empowering concept."

So empowering, in fact, that the ABA gave it an award recognizing the use of "remarkable and replicable ways to advance the mission of access to legal services for those of moderate incomes."

Whereas most lawyers would charge for such services, DoNotPay costs $3 per month and does not take a cut of any recovered funds. According to Browder — who recently dropped out of Stanford University to work full-time on his business — DoNotPay has saved over $20 million for more than 500,000 customers since its launch in 2015.

Law360 caught up with Browder after the announcement to learn more about the promises and perils of his "robot lawyer" app.

How did DoNotPay start?

When I started driving, I got all these parking tickets. I think I've gotten about 30 parking tickets in my driving career. And although I was in the wrong some of the time — I was a bit of a bad driver — I began to notice that the government was issuing tickets not necessarily to punish people, but also to just make money to fund their local programs.

I thought that was wrong and also didn't have the money to pay for my tickets, so I began writing appeals to get out of them. Eventually I became a sort of local traffic expert at researching all of these documents to write these appeals.

I noticed that if you just copied and pasted the same document over and over again, you could actually save a lot of money. And so I created the first version of DoNotPay just to help my family and friends get out of their tickets.

But then I began to realize that there's this huge access to justice problem where people don't know their rights and don't want to pay a lawyer 50% of their savings to get access to them. So we went from my family and friends using it to over $8 million in ticket appeals just in a few months.

What's the response from the bar when it learns about your app?

I would say 95% of lawyers are very positive. And the reason for that is the best lawyers aren't arguing in traffic court — they're doing real work, maybe human rights work or things like that.

But there is 5% that say computers should never be in the law at all. "It's dangerous to give people these rights because you need to have someone who's passed the bar vetting everything," or something like that.

I would say to them that over 80% of Americans can't afford legal help. Getting some advice with technology can only be a helpful thing.

What's the scalability of DoNotPay? Will it someday be involved in criminal cases or federal civil rights litigation?

Right now our bread and butter is consumer rights, from traffic to small claims.

I definitely could see growth from a technology perspective in terms of generating the right documents, but the problem is you have to go to court for a lot of other kinds of disputes — and the judge is not going to accept a robot in the courtroom.

The reason DoNotPay is so successful in consumer rights cases is you can do this via documentation online. That's why we can help people so well — we don't have to go to court for that.

What are people using the most? What do people like about it the most?

It started out with traffic tickets, but since then, the most popular dispute these days has actually been bank fees appeals.

It turns out that bank fees cost Americans about $20 billion a year. It's a huge industry where people are just having money taken from their accounts for pointless things — but these fees can actually be appealed on a legal basis. That's our biggest dispute category at the moment.

As for benefits: Crucially, with DoNotPay, you keep 100% of what you save. So we've had people who've won $10,000 against Equifax in small claims court. All that money goes to them. And that's unprecedented because, as you know, the legal industry typically takes 30% to 50%.

Can this be abused?

I think the crazy people who know how to abuse the system already do so, and I don't think our tool really is suited to them because our tool actually slows you down.

For example, when you're trying to sue someone in small claims court, our tool actually makes you send them a demand letter and wait 10 days before even moving forward. So if you're one of these crazies who like to submit a lot of claims, our tool is not the best for you.

Also, we are solely targeted at consumers and we don't offer any business-to-business or enterprise services. Having small claims courts are great — it's a shame they are sometimes wasted and used to help debt collectors when they should be used to help average people.