By Najiyya Budaly
Law360 is providing free access to its coronavirus coverage to make sure all members of the legal community have accurate information in this time of uncertainty and change. Use the form below to sign up for any of our weekly newsletters. Signing up for any of our section newsletters will opt you in to the weekly Coronavirus briefing.


Law360, London (March 11, 2020, 9:13 AM GMT) -- The Bank of England on Wednesday slashed its main interest rate and released banks from certain capital requirements to help shield the economy against a potentially "sharp and large" downturn as the coronavirus spreads. 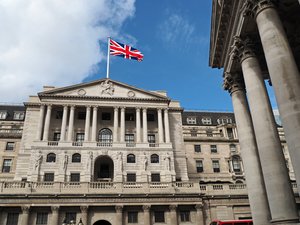 The Bank of England cut interest rates because of fears over the coronavinus. (iStock)

The central bank said it cut its key interest rate for bank refinancing to 0.25% from 0.75% effective immediately. It also reduced the required countercyclical capital buffer rate for banks to 0% from 1%, temporarily removing a capital requirement to protect lenders from financial market downturns.

Removing the capital buffer will release £190 million ($242 million) for banks to lend to businesses — the equivalent to 13 times the net lending that banks made to companies in 2019, the central bank said.

The zero buffer requirement will remain unchanged for at least 12 months. The rate had been notched at 1% and was due to reach 2% by December.

"These measures will help to keep firms in business and people in jobs and help prevent a temporary disruption from causing longer-lasting economic harm," the BoE said in a statement. "Given the resilience of the core banking system, businesses and households should be able to rely on banks to meet their need for credit to bridge through a period of economic disruption."

The countercyclical buffer is one of several capital buffers banks are required to hold to protect against market stress under Basel III regulatory framework for bank capital. The rules are among measures taken since the 2008 financial crisis to allow banks to absorb losses without collapsing.

Wednesday's move releases banks to step up cash infusion into an economy facing significant disruptions to supply chains and slack demand that could pinch business working capital and cash flow, the BoE said.

Following the global spread of the COVID-19 disease, which first appeared in late 2019 in Wuhan, China, risky asset and commodity prices have fallen sharply as investors steer clear of risk, it said

"This economic shock will affect both demand and supply in the economy," the BoE said. "Indicators of financial market uncertainty have reached extreme levels."

But the central bank gave markets some hope, forecasting that the economic shock could be "sharp and large," but should be temporary. The disruption should have less of an impact on the core banking system than banks have shown they can withstand during recent stress tests.

The tests demonstrated that banks would be able to continue lending to businesses and households during "prolonged economic downturns" in the U.K. and global economies. The tests also had assumed steeper falls in asset prices than seen in recent weeks.

Other European regulators have said they will work with banks and financial institutions under their supervision to make sure they can meet their regulatory obligations despite the coronavirus.

The European Banking Authority and the U.K.'s Financial Conduct Authority this week said that they are discussing contingency plans with lenders, while the Swedish Central Bank said it was prepared to shore up the financial system and maintain liquidity by introducing more generous loans.