In July 2014, Aaron Harvey was leaving his apartment in Las Vegas when he was swarmed by police and arrested in connection with several murders he'd never heard about in San Diego. 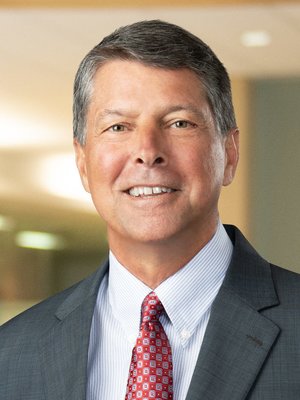 Suddenly, Harvey found himself facing a potential lifetime prison sentence — a situation that he later learned was the result of an obscure California statute and who Harvey was "friends" with on Facebook, according to court documents.

Over five years later, the city of San Diego agreed to pay Harvey and another man charged under the same statute, Brandon Duncan, $1.5 million in a suit handled by attorneys at Morrison & Foerster LLP after a judge ruled that there was no reasonable basis for the arrest.

It was a case that the firm said raised disturbing questions about policing in the Southern California city.

"Aaron and Brandon are absolutely wonderful guys, and it's been a real personal pleasure to get to know them and get a good result for them," Mark Zebrowski, a Morrison & Foerster partner who worked on the case, told Law360. "But from an outsider's perspective, you can see legal issues and social issues in the case."

Morrison & Foerster got involved in the civil suit after the American Civil Liberties Union approached the firm about it as a pro bono opportunity, Zebrowski said. He added that the firm has partnered with the ACLU on other pro bono cases in the past.

According to the lawsuit, the warrant for Harvey's and Duncan's arrests was based largely on social media.

Both were said to be Facebook friends with people labeled as gang members, and connected to an allegedly gang-related music group. The police also zeroed in on a Facebook post Duncan made to "free" two men who had been recently arrested, as well as social media pictures of Harvey that also included alleged gang members, according to the complaint.

"No reasonably competent officer would have believed the facts stated in the declaration established probable cause to arrest [Duncan and Harvey]," the complaint said.

The complaint also argued that Duncan was labeled as a gang member because of rap lyrics he wrote, which are frequently about the Lincoln Park neighborhood where he grew up.

Police never established that either Duncan or Harvey even knew about the crimes they were alleged to have conspired to commit, or that either man was actually involved in any gang, the lawsuit argued.

The charges against Duncan and Harvey were eventually dropped due to lack of evidence, but not before both men spent months in jail and saw their lives turned upside down.

A California federal judge later ruled that there had been no probable cause for the arrest and that the two officers should have to face the claims.

Zebrowski said that for the team at Morrison & Foerster — which included Zebrowski and several "incredibly dedicated" associates — the case was about their clients, but for Duncan and Harvey, the suit was also about policing in San Diego.

Both men turned down a plea offer that would have allowed them to be released for time served, he said, out of concern for others who might be targeted the same way.

The law at the heart of the case, which was a ballot measure approved by California voters in 2000, says that "any person who actively participates in any criminal street gang," is aware of the gang's criminal activities, and "willfully promotes, furthers, assists or benefits from any felonious criminal conduct" is guilty of conspiracy.

When police take a broad view of who is a gang member, Zebrowski said, the law very quickly can become a way to criminalize a whole neighborhood.

"If you live in that neighborhood, you will absolutely meet two or three of the criteria of a documented gang member," he said. "You are seen with gang members, you reside on a particular street."

As an example, he said, staying Facebook friends with an old high school football teammate could suddenly turn your life upside down if that person was labeled as a gang member. And then the investigation could in theory spread to your friends and family, too.

"You have criminalized people's lives based on where they live and where they were born," he said. "It's a disturbing issue."

He said that he hopes the sizable settlement will deter police from trying to take this same approach in the future.

For Duncan and Harvey, however, the money allowed both men to get some closure.

"When we finished the mediation and walked out of the courthouse ... these guys were in a state of disbelief that they'd gotten to this point and gotten someone to say, in a practical sense, 'This shouldn't have happened to you,'" Zebrowski said. "It's the closest anybody's ever come to saying 'I'm sorry.'