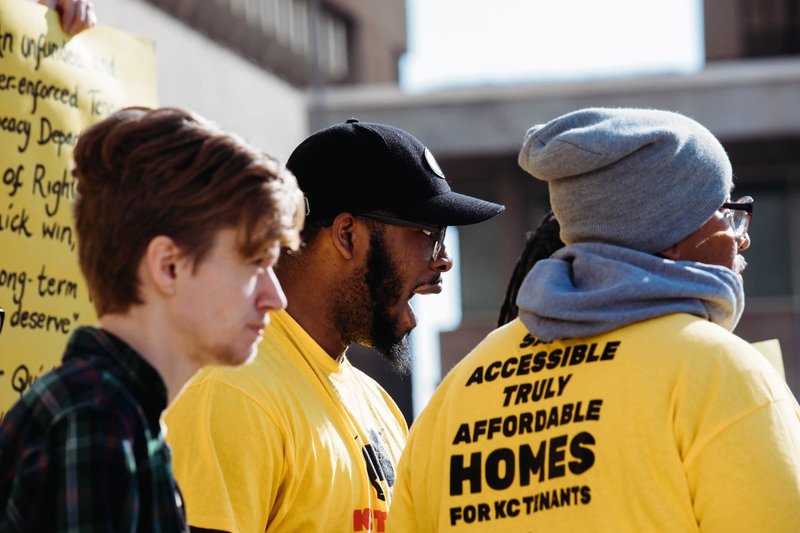 
When cases of the novel coronavirus began cropping up in New York City this month, Matthew, a 35-year-old Brooklyn resident, was already stressed. He's struggled to pay his rent since last spring, when his ex-partner moved out and his freelance web development work dried up. This January, his landlord filed for eviction.

"The fact that there's a moratorium lifts a weight off of my shoulders," Matthew, who asked that his real name not be used for privacy reasons, told Law360 on Thursday. "I still have a case, but I know that right now I can focus on doing my job and try to find another one, instead of saying, 'OK, I'm going to be out of my house; I need to find a solution right now.'"

"Legal service attorneys are doing triage right now," Cynthia Gilkey, an attorney with Neighborhood Legal Services Coalition serving Rust Belt counties in Pennsylvania, told Law360 on Wednesday. "Everything is evolving so rapidly it's hard to look past this week. And honestly, that's how our clients are living."

As so-called "eviction moratoriums" proliferate, attorneys and advocates are also attempting to close loopholes in real time, conferring with each other on conference calls and national email Listservs.

Some moratoriums prohibited new evictions, even as open cases continued in crowded housing courts. Others, like California's, empower counties to set their own guidelines, resulting in a confusing patchwork of protections. In San Francisco, Mayor London Breed ordered that tenants must show their hardship is directly related to COVID-19.

Meanwhile, advocates are pushing for blanket protections. On March 17, the National Low Income Housing Coalition issued recommendations to Congress including a "national moratorium on foreclosures, evictions and homeless encampment sweeps." A similar call from the National Housing Law Project says an ironclad moratorium must cover "every type of eviction case and appl[y] to every stage of eviction proceedings, from the service of notices all the way through the physical eviction."

"The patchwork is the problem," says Tara Raghuveer, an organizer with KC Tenants, a tenants rights group in Jackson County, Missouri, which includes most of Kansas City. "What we need more than anything is a national moratorium on evictions."

But last week, Raghuveer's group learned that deputy sheriffs were still carrying out evictions that were finalized before the moratorium. They started a social media campaign urging people to contact Presiding Judge David M. Byrn and Missouri Gov. Mike Parson, and on Thursday, Judge Byrn issued a new order prohibiting the execution of any eviction through April 18.

"For vulnerable tenants, a moment of crisis is not new," Raghuveer told Law360. "Tenants have lived in crisis for a long time, which has forced them to be bold in their thinking, and it's only being bold that has allowed us to demand these things in the last couple days."

"We [didn't] have that single person actually taking charge to stop the whole process," Witter told Law360 on Wednesday. "You still have hearings going on, you still have people being told to go to court, and that's causing people to cluster."

They doubled down this week, collecting more than 28,000 signatures petitioning Cuomo and federal legislators for "an immediate suspension of rent, mortgage, and utility payments, [and] a full moratorium on evictions/foreclosures."

"This outpouring came from individuals who are panicked about the fact that they have no income and are still expected to pay rent," Gianaris told Law360 Friday morning. "To cut down large sectors of our economy without considering the effect on people who rely on their work to pay bills is just plain stupid."

"Especially during a public health emergency, courts must not close because they deliver vital services required in our justice system to ensure community safety," Chief Justice Judith K. Nakamura said in a statement on March 17.

In a March 13 letter to Judge Nakamura, attorneys with New Mexico Legal Aid called for an "immediate, temporary moratorium on all civil trials, but especially on eviction trials," citing New York City's eviction moratorium as an example.

Barry Massey, communications officer for New Mexico's Administrative Office of the Courts, told Law360 on Friday that judges have "broad discretion and authority to grant continuances" in eviction cases, and that hearings have been spaced out.

But Thomas Prettyman, an attorney with New Mexico Legal Aid, told Law360 that tenants are still showing up to crowded courts. He visited Bernalillo County Metropolitan Court on Tuesday. The county is New Mexico's most populous, and includes Albuquerque.

"My colleague and I visited the court to see what efforts they're taking and they are providing Purell," he told Law360. "Some judges are keeping doors open to alleviate the problem of touching doorknobs, but Spanish-speaking litigants are still touching headphones for their interpretation."

Jeffrey M. Hearne is director of litigation at Legal Services of Greater Miami. Miami's chief judge has extended all nonessential deadlines to March 30. Typically, Florida tenants waive their right to defense if they don't respond within five days.

"I think as courts are going into more of a full closure, you're seeing broader moratoriums," Hearne told Law360 on Wednesday.

Members of the Real Estate Board of New York who own 150,000 rental units said on March 13 that they would not execute most warrants of eviction for 90 days, stating that "now is the time for everyone to do their share." Invitation Homes, which rents 80,000 single-family homes nationwide, made a similar, indefinite pledge stating that their tenants should "weather this crisis safely in their homes."

"Institutional landlord clients are all taking a pause and trying to get a sense of how long this situation is going to last," Andrew H. Raines, a partner with Raines Feldman LLP in Los Angeles, tells Law360. "The lenders tend to be the bigger pressure point for most landlords, and lenders are now looking at this issue as well."

Attorney Sarah Taggart runs Sarah Taggart PC, an eviction-only practice in Alabama, where some counties have closed their courthouses. She says 22 of her cases set for Madison County on Wednesday are now "just sitting there."

An eviction moratorium "makes sense as a society, but until there is mortgage relief for landlords, why should they be bearing the full brunt of this?" she told Law360.

"This moment clarifies more than any other in recent memory that the market is not where we're going to solve these problems," she said. "We can't rely on the goodwill of landlords. And I think we can apply that framework in a post-crisis period ... to protect what we've won."